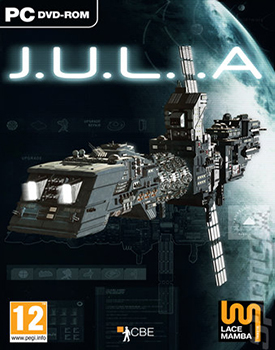 J.U.L.I.A is a mix of a text adventure game, filled with puzzle mini-games, describing itself as a narrative driven title. It asks if the player is ready to step into the spacesuit of Rachael Manners’ and to utilize an ingenious MOBOT to explore six vast, unique planets and to explore and uncover all its wonders. From reading this description alone one might think this game would be highly captivating, however for the modern games fan this may not hold true. 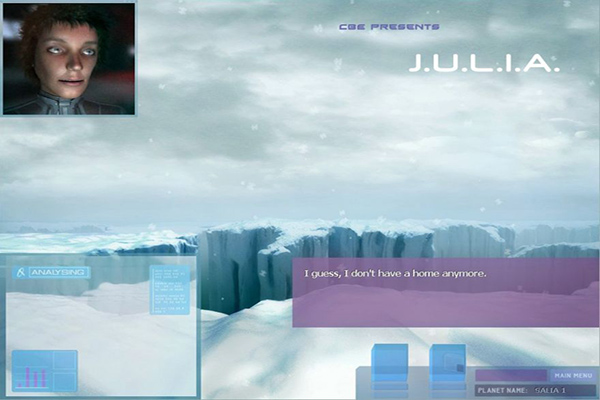 The story begins with Astrobiologist Rachael Manners waking up in a cyro-chamber to find herself alone on the spaceship with no explanation as to where her entire crew has vanished to. Her only companions are the damaged ship’s Artificial intelligence J.U.L.I.A, and an exploration drone named MOBOT. Rachael’s first concern is naturally to find out the fate of her crew. 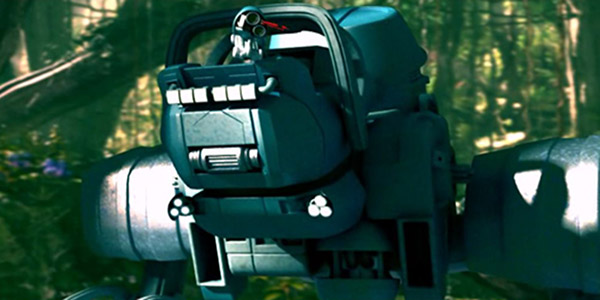 After repairing the ship well enough for space travel, she explores different planets throughout the solar system, using MOBOT to do the physical exploration while she commands from the ship. Looking for clues and answers on each planet to help to solve her questions. J.U.L.I.A is able to be sympathetic to Rachael’s plight and is often the voice of reason. Likewise MOBOT shows a remarkable sense of self preservation and dry sense of humour for a character voiced by a text to voice programme.

As opposed to what you might expect in an adventure game, in J.U.L.I.A you are only ever presented with text based interfaces which are intertwined with various puzzles to solve. It’s a very old school approach to modern adventure gaming, (reminiscent of the educationally used game ‘Granny’s Garden’, if anyone remembers that?) and one which will not appeal to the majority. However, puzzles in J.U.L.I.A are plentiful and widely varied in both type and difficulty, although none are all too challenging. Clues can be found scattered around the planets, and noting some of the information down at times is necessary, since there’s no form of in game notepad that records this for you. 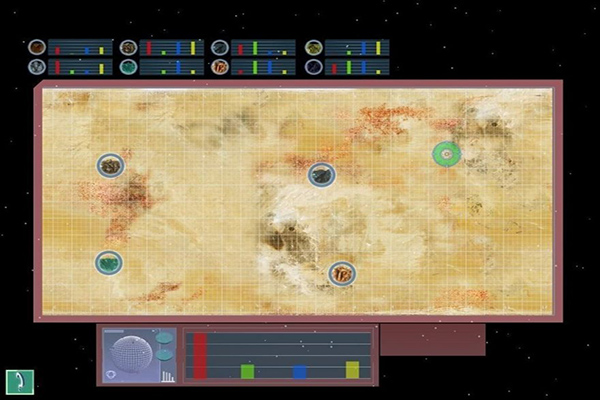 The game contains no puzzles which require you to store items for later use, and although you can instruct MOBOT to pick up items, their use is available only through the text-based options in context. Logic puzzles range from decoding problems to creating upgrades for your ship to advance in the game, using a template to help connect circuits with a limit on the amount of pieces used. The range of puzzles does an okay job of keeping the experience fresh, even if the puzzles are never particularly challenging. There is one puzzle which may be difficult and this is during a particular math based challenge, but the game offers to do all of the calculations for you, leaving you to simply input the solutions.

Most of the puzzles are generic for the genre, such as opening a locked door by connecting wires. One repeated mini game is harvesting resources, which involves moving a cursor across a map of each planet to match a template graph of material composition to another graph which represents the actual raw material below. After the starting planet is explored, any of the six planets are available to explore, however access to another planet may depend on completing another, so the game is pretty linear overall.

The graphics in J.U.L.I.A are not bad at all, however most of the scenes the player gets to see are split up into multiple still images in an attempt to facilitate the text-driven adventure game play, with the rest devoted to MOBOT’s heads-up display. As a positive, each planet in the game has a different look or distinctive feature, from an icy world to one full of rocky spires which soar above the clouds, to a vibrant jungle planet filled with alien architecture. The textures make each still scene look real, with variety ranging from rippling water covering one planet to the desert sand on another. 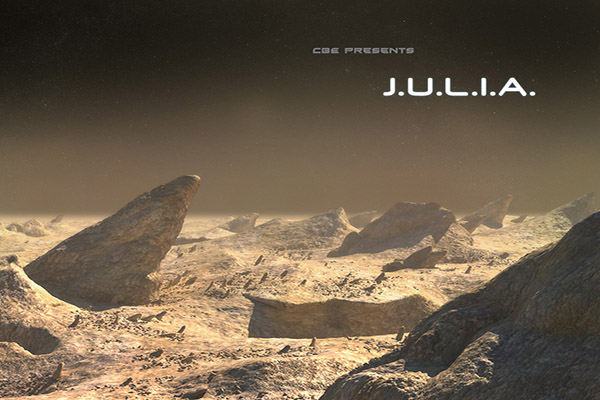 The cut scenes are also pretty pleasing on the eye, many including MOBOT exploring and Rachel’s probe travelling to different planets. The character models in the game are only usually seen in a small dialogue box when the characters are speaking and thus aren’t the greatest. Aside from the three main characters, other characters include a few aliens which look suitably extraterrestrial and are different enough from each other to easily differentiate between them, and several dead bodies. Although the latter is never graphic, merely suggestive, like legs sticking out from behind an obstruction.

The voice acting in J.U.L.I.A is okay, but with two out of the three main characters being artificial intelligence, it was never going to be incredible. Subtitles are used throughout the game and can’t be turned off, but dialogue can be clicked through. Lip synching is virtually non-existent, with lips even continuing to move after the voice has stopped. Mobot is voiced by a computer (the TextAloud program), but still manages to sound like a human reading a computer part. There are plenty of other sound effects that fit the diverse environments such as water rippling or birds chirping. This background music varies wildly from technical machinery beeping in tune to tribal chanting and Eastern strings, and this helps the music to not become overly irritating, but nor is it anything special.

J.U.L.I.A is certainly not for everyone, and those with short attention spans used to fast paced game play may become bored by this title. Completion of J.U.L.I.A requires little more than light brain work and however much time you’re willing to sit through it in a single session. The game can be completed in as little as seven or eight hours if you rush through it. Players will rarely, if ever, find yourself truly stuck and the game’s highlights offer almost zero interaction. The game is not all bad, and it game can be relatively relaxing, if not a tad mind-numbing to play. If you are interested in the retro feel of the game, and want to reminisce of games made many years ago then you would possibly enjoy this title. However, for others J.U.L.I.A would simply be a way of passing a few hours. If you are looking for a challenging puzzle game with a gripping storyline then it would definitely be wise to look elsewhere.