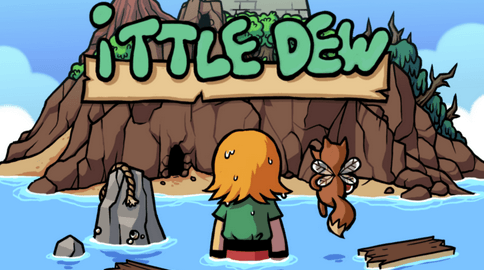 Ludosity have created an indie-adventure-puzzler game, Ittle Dew, with the likes of a Zelda and Pokémon-themed island and alluring fantastical atmosphere. Ittle Dew is the protagonist with a careless and humorous attitude, partnered up with his own foxy sidekick, Tippsie. When the duo become stranded on an unknown island, they must conquer every puzzle for a chance at survival. However, it’s important to distinguish whether the game build’s new ground for players to remember or has become another unchanged carbon-copy? 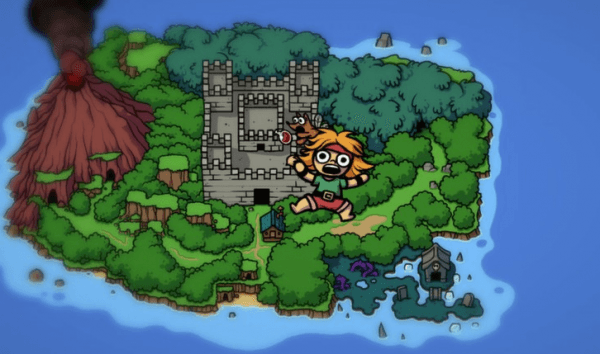 Peacefully drifting on a raft to crash landing on a seemingly remote island, Ittle Dew and Tippsie begin their adventure through the dark caves, fiery mountains and open forests, towards the huge castle. During their travels, they discover a wide range of strange creatures- who are neither friendly nor normal. In order to get through the island alive, Ittle Dew and Tippsie are on a mission to collect a rare artifact within the castle, in return for a hand-made raft from the craftsman, Itan. The vague storyline lacks creativity, with no real back-story or reasoning for these events. However, the main focus of the game is on the player’s progression, which is outlined through their movement in the sketched maps of each level. From this point of view, players can monitor completed rooms, reach treasure locations and take the most logical path to the next floor area. As can be expected, players will find that there is no simple path or easy-access professional shortcuts to completing the game; without dedication, cleverness, relentless practice and the right ‘magical’ equipment. 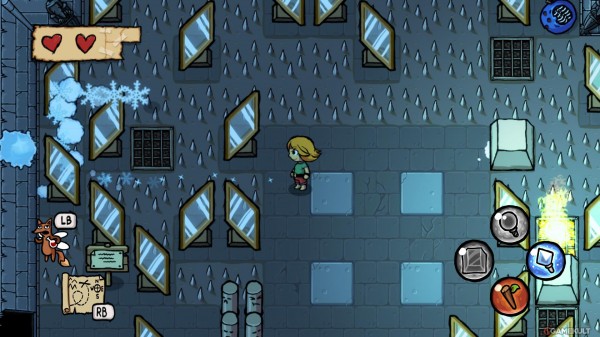 If you are looking for a mind-blowing challenge, with quick-thinking and tactical strategising, than this is the ideal game for you. Ittle Dew throws players into an endless spiral of puzzles, with a wide range of rooms leading to more than one door and several different outcomes. With the smart-aleck advice from Tippsie’s notes (don’t let the name confuse you) and frequent signage within each new area, Ittle Dew is given hints to solve particular riddles. The reason for this extra help, is because there is no other options in modes of difficulty; all players must face the same degree of complexity in problem solving. I think this was quite cunning, in terms of creating a relatable gaming experience for players.

To consecutively progress within the game, players are encouraged to find hidden treasure chests inside and outside the castle, to collect gold coins and spend their money at Itan’s shop for elemental and magical weapons; a fire sword, magic crystal and portal wand. These specific items are essential in completing certain puzzles, and destroying enemies and bosses. However, players don’t instantly receive their purchased handy-craft from Itan’s shop, until they complete the first level of another puzzle. Additionally, there are other collectibles in hidden tombs throughout the game, including health upgrades in the form of paper scraps and unique trading cards of creatures. 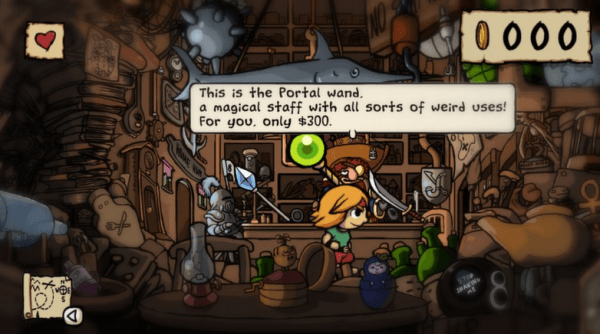 The mysterious and enthralling environments provide the perfect location for exploration and assuming the role of a lovable character, Ittle Dew. The young boy’s innocent appearance contrasts with his obscene and malevolent behaviour; eating enemy’s hearts for health gain and utilising his powerful weapons to destroy enemies. I particularly took pleasure in obliterating costumed-monsters (especially axe-swindling chameleons) via teleporting them with my portal wand to spiky surfaces. 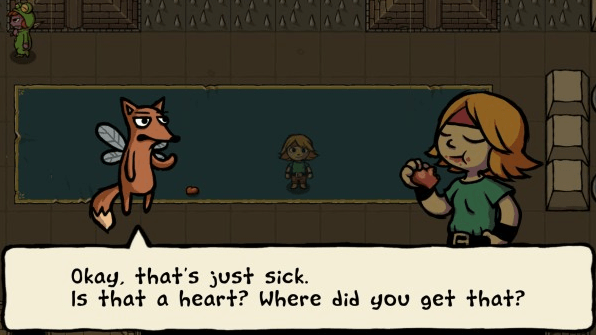 Ittle Dew delivers a mouthful of humour, reminiscent of child-like behaviour (such as the five-second rule) which improves the level of engagement and enjoyable nature of gameplay. Players receive hilarious awards, including a Masterfully Executed Failure (teleport a flying axe so that it hits you anyway) and Stratospheric Picnic (Launch a Pancake enemy into the air). The game compliments itself by identifying with the Legend of Zelda, with a bizarre vibe of parody. Ludosity did not create a carbon-copy of pre-made games, but rather excelled in the combination of genres, that give the player a spark of reminiscence from the time of Pokémon and, of course, Zelda. 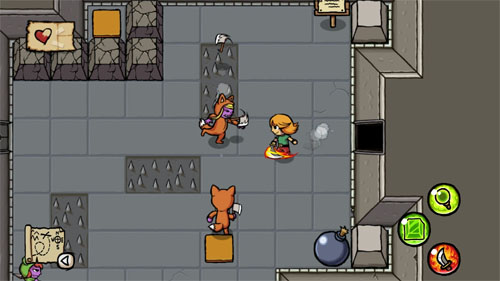 The amazingly hand-drawn, HD wobble and animation graphics are not only visually stunning, but create a sense of vibrancy and vivid alertness. Accordingly, Ittle Dew’s soundtrack brings to life the adventure, with an electronic, virtual orchestra of xylophones, piano, and jovial drumbeats. The audio is distinctive and adds to the game’s atmosphere, especially during combat and warping back and forth between the castle floors.

Ittle Dew is a wonderful (and addictive) game, that would suit all players who love adventures, puzzles and strategy. Although the story narrative is limited in depth, the complexity is seen through the consistency in challenging levels of the game; mentally testing the player’s perseverance and patience. The indie title, Ittle Dew, is definitely a stand-out game, that adds an extra level of enjoyment through humour, witty dialogue and an overall interesting adventure.