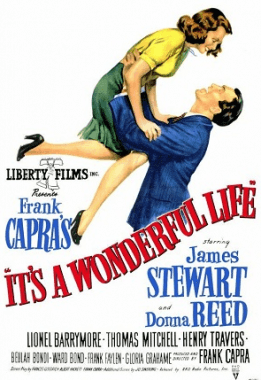 Frank Capra’s classic 1946 film, It’s A Wonderful Life is the perfect Christmas treat to celebrate with family and friends at Event Cinemas George St. The special screening on December 19 allowed audience members to travel back in time, to appreciate the importance of life, love and true happiness. There is a reason why It’s A Wonderful Life will continue to live through the years and hold a dear place in the hearts of everyone.

Sent from a galaxy far, far away was a Guardian Angel named Clarence (Henry Travers), on a mission to save the young man, George Bailey (James Stewart) from an act of madness in Bedford Falls. Before this time comes, the Almighty narrator tells a gripping story of the rise and compromise of the struggling banker and how he came to wish that he never existed. The most creative and effective aspect of the storyline, is that the narrative progression is intertwined in succession with an alternate universe, Pottersville, in which the protagonist was never born. 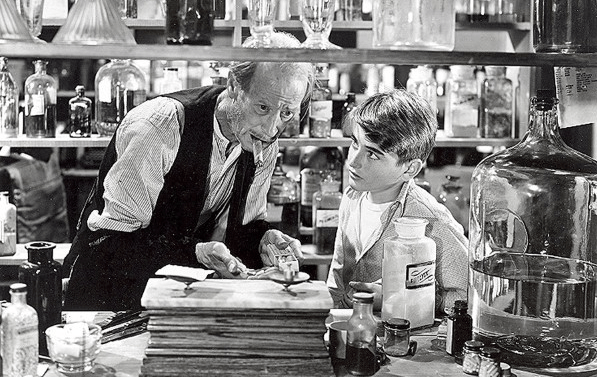 The story begins in 1914, with a group of adolescent boys taking advantage of the snow by sliding down the slopes on shovels to cross the ice. On this particular day, George Bailey (age 12) jumps into the icy depths of the pond to save his younger brother, Harry from drowning. A few years later, we see George working as a shop assistant at the drug store, holding the attention of two beautiful girls, Violet and Mary. However, the focal point of this scene is how George deals with the distraught druggist, Mr. Gower (H.B. Warner), who is not coping well with the loss of his son to influenza. When told to make a delivery, George discovers that the druggist used poison in the process of making pills. Unsure of how to deliver the package, George visits his father’s legal firm for advice; instead he interrupts a meeting with the evil and angry, Henry. F. Potter (Lionel Barrymore). The boy returns to Mr. Gower with the package and takes a beating from the man, before he can explain himself and the druggist’s mistake.

The film jumps ahead to 1928, the night George is ready to leave Bedford Falls for a wondrous adventure overseas to Europe. Harry invites his brother to accompany him to celebrate his highschool graduation party, which leads to George’s reunion with Mary Hatch (Donna Reed). This romantic evening changes the course of both these characters’ lives, as they come in contact with an abandoned Granville house and shatter its windows with rocks to make their own wishes come true. 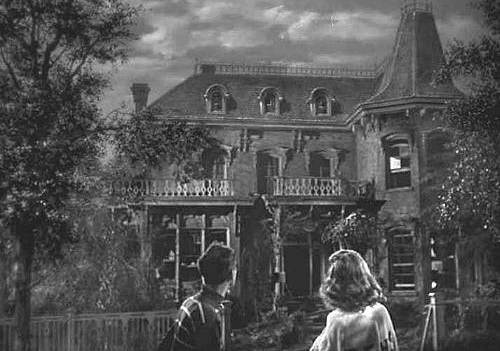 However, tragedy soon looms over the Bailey family and hinders George’s plan of escaping this town to travel around the world and study architecture. Instead, George is enlisted to take over as Executive Secretary in the Bailey Building and Loan Association, with his promise to keep the greedy hands of Mr. Potter away from the money of the good people in Bedford Falls. In contrast, Harry heads to college to study with his brothers saved funds, with the assurance that he will return to replace George in the family business.

After four long years, Harry comes back happily married and ready to take another job offer, more profitable than working in the Bailey Building and Loan Association. Yet again, the protagonist is faced with another inopportunity to move forward in his pursuit of happiness.

Although, George is soon to realise that Mary has also returned from completing college and in the spur of the moment, he walks to her place and lets the woman know what he truly wants and how he feels about her. The newlywed couple find solace together in the old Granville House they rebuild for their future family, but must make financial sacrifices to keep the family business running and out of reach from Mr. Potter to claim ownership. 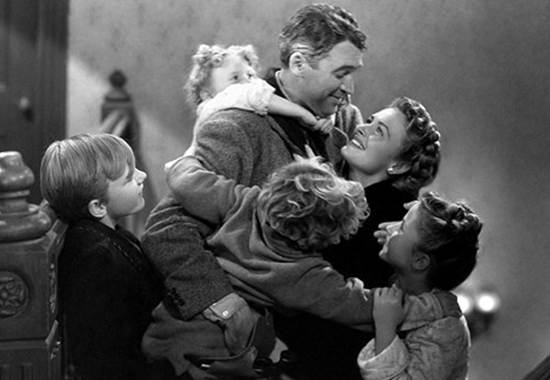 On Christmas Eve, George is taken aback by another unfortunate circumstance and is forced to request a loan from his nemesis, who refuses to help. At this point of the film, the audience is introduced to the Guardian Angel, Clarence, who arrives just in time to save the desperate and scared man from a terrible crime. The resulting sequence from a regretful wish influences George Bailey to reconsider keeping his own life and re-joining the lives of those he saved; his brother from a near-death experience and Mr. Gower from imprisonment.

The original black and white version of the movie, frames the dark and light viewing experience for the audience. From post-war to a time of hope, the title, It’s  A Wonderful Life visually portrays the essence of the motion picture. The choice of the film setting reinforces the 1940s era and takes into account the period during WWII, in which Harry receives a Medal of Honour for his bravery as a Navy fighter pilot. The prominent visual aspect was the addition of snow to capture the coming of Christmas and symbolise this time as an important part of It’s A Wonderful Life. 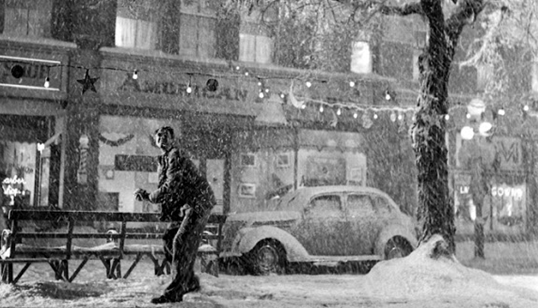 Director of the musical score, Dimitri Tiomkin (1894-1979) evoked a magical setting in It’s A Wonderful Life through his heartwarming soundtrack, with the City Of Prague Philharmonic Orchestra. The main stars enriched the music with their passionate voices, singing ‘Buffalo Gal (Won’t You Come Out Tonight)’ and joined in the Christmas Carols; ‘Hark! The Herald Angels Sing’ and ‘Auld Lang Syne.’ As the film was made 68yrs ago, the audio quality is not top notch for the loud sound system in a cinema; however that minor flaw is purely circumstantial.

It’s A Wonderful Life proves to still be a magnificent film after all these years, for audiences of the previous and current generation. There are few cinematic titles that will be remembered and relived as a special Christmas classic. From this film, I learnt that a wonderful life is for those willing to appreciate what really matters; that ladies and gentlemen is friends and family.