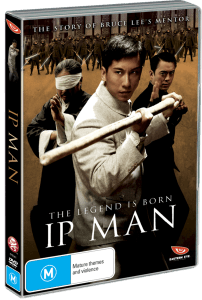 As a Chinese person, martial arts films have been a part of my life since before I can remember. Over my time, I’ve come across the good and the bad: films with terrible storylines, films with beautiful characters, and films which just make you laugh. The common denominator in all of these films is that they are epic to some degree, and – much like dance films – they generally make whoever is watching them want to learn martial arts afterwards.

The Legend is Born: Ip Man is like the common denominator of martial arts movies. It has a little bit to whet everyone’s appetite, but not enough to feed them completely. On a dish, it’s a little bit of East vs. West, a little bit of cinematographic genius, a lot of love and a lot of fighting, sprinkled with some elements which seem to have been taken from an Asian drama circa 2003.

The film is semi-biographical and is based loosely on the events of Yip Man, Bruce Lee’s martial arts teacher. In fact, this is actually a prequel to the films Ip Man, and Ip Man 2, and largely concentrates on his youthful years – don’t start connecting the plotline dots though, because this prequel was made by a different director and production team. 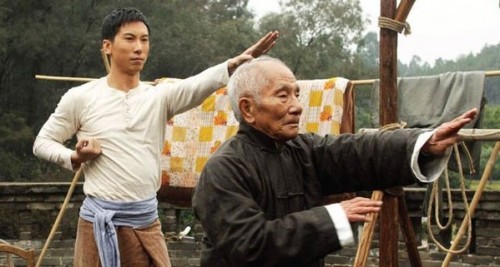 The storyline follows Ip Man (Dennis To) and his adopted brother Ip Tin Chi (Fan Siu-Wong) from their childhood where they learnt martial arts from Wing Chun from teacher Chan Wah-shun. Chan passes away early on in the film, and the martial arts academy is handed down to Ng Chung-sok (Yuan Biao). Man and Tin Chi continue to study with Ng Chung-sok before Man leaves to Hong Kong to study. It is there he meets Leung Bik (Ip Chun), the son of Chan Wah-shun’s teacher. Leung Bik has controversial tactics when it comes to martial arts and Man studies with him for a while before returning to his hometown of Foshan, China. It is back there that he falls in love with the daughter of the vice mayor, Cheung Wing-shing (Crystal Huang), and Tin Chi finds his own love in childhood friend Li Mei-Wai (Rose Chan).

Sounds just a little bit confusing? You haven’t even gotten to the unexpected plot twists yet. The plot was interesting with its fusion of the Eastern and Western worlds, which still isn’t too popular in Asian martial arts films, but overall had me scratching my head as the plot twists got more and more confusing. In the beginning, there was potential for a great lyrical masterpiece which challenged pre-existing martial arts films. As it went on and the film strayed from Yip Man’s actual life story (the biographical aspect seems to really end after he returns to China, although some elements remain), I could tell that the scriptwriters just went a little bit wild trying to create a film which surprises the audience with plot twists, a la Inception.

The love stories in the film were slightly corny, but definitely necessary for the film not to be one hundred percent fighting. At times it did feel a little bit overdone like the rest of the storyline, but overall it was nice to have a break from the samurai swords (doesn’t the mention of swords make it even more confusing?) and the punching.

The film mainly centres around Ip Man and Ip Tin Chi, although other characters of prominence include Ng Chung-sok, Ip Man’s senior, Li Mei-wai, Tin Chi’s love interest, and Cheung Wing-shing, Man’s love interest. The characters are very stereotypical of Asian cinema, with Ip Man being the loyal and honourable martial artist while Tin Chi is the career driven businessman. Mei-wai acts like she’s got PMS for the majority of the film – again, very stereotypical for Asian women in cinema – and Man’s love interest Cheung Wing is the real lady of the film. 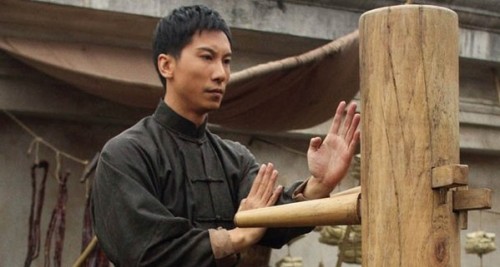 I’d have to say that for the most part, the characters were fairly likeable. Ip Man was a consistent character who was solid in his convictions and his attitude, and it’s not too much of a stretch to say the actor, Yu-hang To, played him very convincingly. Throughout the film, I gained a lot of respect for him as he really is a very honourable man – which is to be expected, though, as these types of films have a tendency to show the main character as unwavering and heroic. Tin Chi was equally as likeable for the first half of the film – in the latter, I’ll let you find out what happens.

As for the women, Mei-wai is very flat as a character and overdone. I found her to be really annoying and melodramatic – kind of like the evil girl in an Asian drama which tries to sabotage everything. Towards the end of the film she redeems herself slightly, but overall I’m not a big fan of hers. For Cheung Wing, it was the other way around: I really liked how fiesty she was in the beginning of the film but as it progressed, she just turned into a rather pathetic girl moping after Ip Man.

Stylistically, Ip Man: The Legend is Born is very beautifully done. The visual elements of this film are largely what redeemed it in my eyes, and I suppose it’s what gave me such a good impression of the beginning of the film. Director Herman Yau clearly catered this film’s visuals towards a more Westernised audience, but that doesn’t bother me because martial arts films often lack the cinematography I find so aesthetically pleasing. Yau utilised sepia tones, black and white shots, cuts, fades, and all of that fancy jazz to really create a film that looks beautiful. The settings are also to be envied; there is a scene where Ip Man and Cheung Wing are standing on a bridge and I was taken aback by just how beautiful their surroundings were. Yau’s ability to play with shots really enhanced otherwise dull scenes, and injected the film with a little bit more life…although I did find for a few moments I was concentrating more on the shots than the actual storyline. 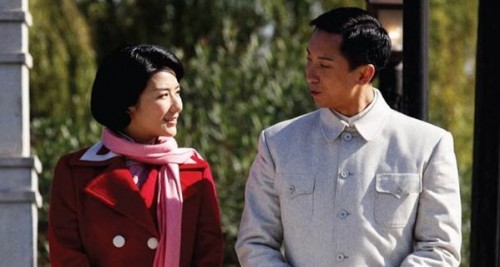 The soundtrack is also on par with the visual style of this film. While Yau features a fairly stereotypical Chinese martial arts film soundtrack (think beating drums for fight scenes and piano/violin for pretty much anything else), when combined with the film’s cinematography it really was something to be admired. The highlight of this soundtrack would probably be the use of Greensleeves as Cheung Wing and Ip Man’s song – she purchases the record on the day she meets him and buys a gramophone to play it. There was even a Cantonese cover of Greensleeves featured to tie in with everything else. SFX were very well synced, but there was nothing that stood out; just a whole lot of punching and falling sounds as well as a few swords.

The DVD comes loaded with a “Making of Ip Man: The Legend is Born”, as well as the standard trailer for the film and a few other Madman trailers. The Making Of is worth watching for anyone interested in the tidbits behind the martial arts, but it’s probably not a good idea to watch it right after you finish the film because you’re be sorely disappointed with the camera quality. It’s not the worst, but coming from such a visually dynamic film to a standard, handycam style documentary is just not my cup of tea. You do get to see a little bit of the actor’s personalities though, which is a pleasant change from just listening to the director talk non-stop. 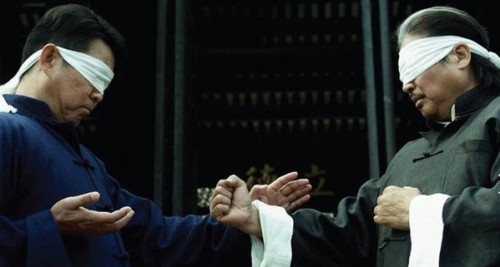 The trailer for the film is a standard martial arts trailer, and in all honesty I don’t think it’s worth watching as it doesn’t give the right image of the film at all. Unless you’re curious for some reason, give it a miss.

I suppose as a Chinese person who has watched countless martial arts films, I may judge them a bit too harshly. However, to me this is a film which could have been great – and was, until it all went downhill in trying to be too great. While the film’s visual and audio elements redeemed some of its qualities, in the end I feel the storyline and characters were mostly far too overcooked. Ip Man: The Legend is Born is a good film to watch if you haven’t seen many martial arts films before, if you like a visual spectacle, or if you want to know a little bit about Yip Man’s own background (but by any means, don’t take the film as gospel). For the rest of us, though, it’s probably a better idea to re-watch Crouching Tiger, Hidden Dragon.

I give Ip Man: The Legend is Born