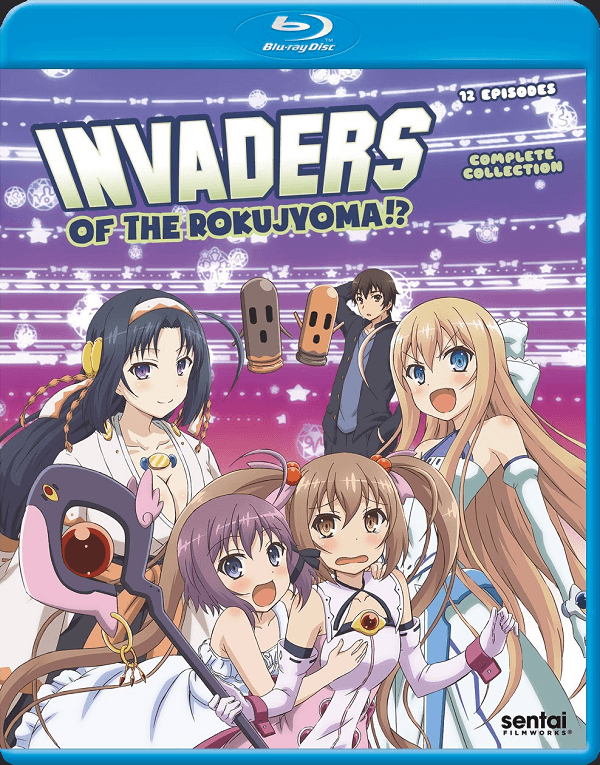 Overview
Often when a light novel series becomes popular enough it is given an extra push with an anime adaptation and usually this is done in an effort to help drive sales for the source material even higher. The problem with this is that sometimes anime viewers are occasionally left in the dark when it comes to certain aspects. Invaders of the Rokujyoma!? currently sits at twenty one volumes in length and with Sentai Filmworks releasing the anime adaptation in the West, what can fans expect?

Story
High school student Kotaro Satomi finds himself an incredible deal on an apartment in the Corona House apartment complex that he must move into after his father is transferred to an unknown location. At 5,000 yen a month for a room suitable enough for a single guy, this type of luck doesn’t come every day so Kataro manages to sleep incredibly soundly after moving in despite his friend saying the room is rumored to be haunted. 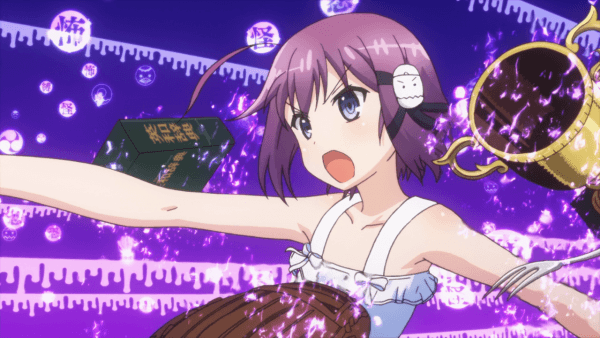 While working at a side-job to earn a bit of money, Kotaro hears a strange woman’s voice and after falling through a large hole in the ground, discovers a strange shrine with an unknown woman saying she has been waiting for him. This all is forgotten rather quickly when Kotaro comes to and is told that he simply hit his head while working and is lucky that all he has is a bruise. The only problem is, once he returns to his too good to be true apartment, an invader has already found its way inside.

A strange girl named Sanari is inside of his room and talking about kicking him out. Eager to free himself of any burden, Kotaro quickly removes her from the premises. The only problem is, Sanari travels right through the doorway and back into the apartment, revealing herself to be a ghost capable of traveling through objects, possessing people, and manipulating fire. After quarreling with this teenage ghost who has been living in the apartment for as long as she can remember, the pair are interrupted by another girl flying a staff through the window. 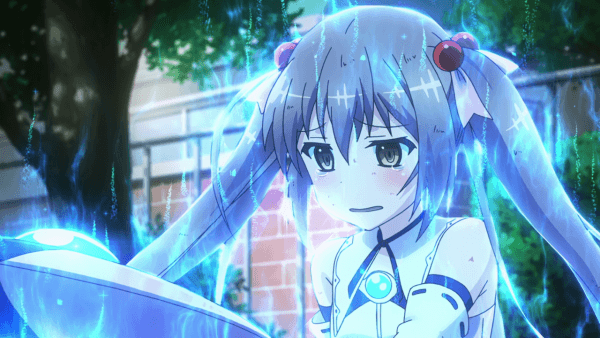 Claiming herself to be a magical girl and seen by the others as an enthusiastic cosplayer, the girl named Yurika states that she must protect the room from anyone evil due to the high magical power found within it. Things continue to spiral out of control when Kiriha, a large breasted shrine priestess styled girl appears from beneath the floor.

Hailing from a race that has lived underground for thousands of years, Kiriha wishes to claim the room as a launching pad for their invasion of the surface world. While still reeling from that announcement, a symbol appears on the wall and a girl named Theiamillis from a futuristic alien world arrives, nearly destroys the planet in anger after being called flat-chested before being reprimanded by her ally, and states that she must make the resident of the location swear loyalty to her in order to complete her rite of passage. 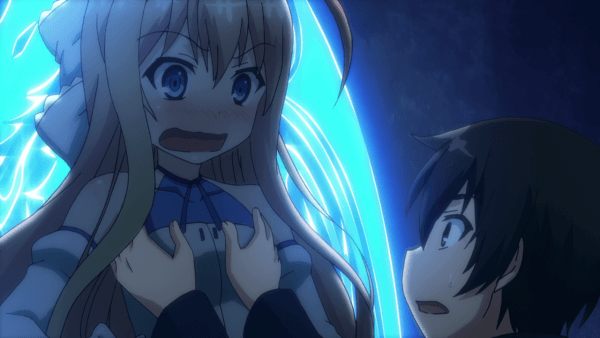 After an ensuing brawl that draws the ire of the landlord, yet another strange girl who attends Kotaro’s school, the entire group is forced to sign a pact of non-aggression. Instead they will compete in various games in order to earn shares of the room, with those that lose all of their points dropping out of the competition. Things begin simple as card games but escalate into athletic competitions and more.

That being said, the competition aspect quickly starts to lose focus in Invaders of the Rokujyoma!? once the characters begin to grow more accustomed to one another and become friends. If the character introductions there sounded quick it is due to the fact that they are all quickly introduced in the first episode in an effort to spend as much time as possible giving viewers time to see how they interact with one another as well as give each girl a pair of episodes to shine on her own in some fashion. 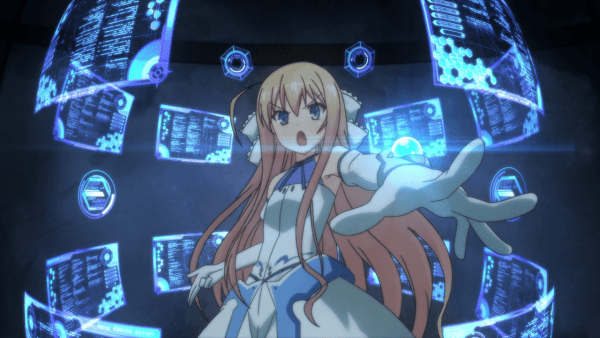 This helps flesh out the cast of characters that initially come off as rather one-sided and allows certain girls, especially in Yurika and Kiriha’s arcs, to develop far more than viewers thought possible, especially with the comedic role that Yurika finds herself stuck into almost immediately since no one ever believes her about being a magical girl. In fact, by building up these characters the way that they are, watching through the series a second time and catching various aspects that may have been missed the first time around is something of a delight.

Unfortunately when it comes to Kotaro, viewers are left with many questions about him as his past is barely touched upon despite being referenced often enough as well as numerous hints that this is far from the first time he has met some of these girls before. Even when the apparent reveal of certain aspects about Kotaro’s characters come to light in the last episode viewers are left with even more questions than before. 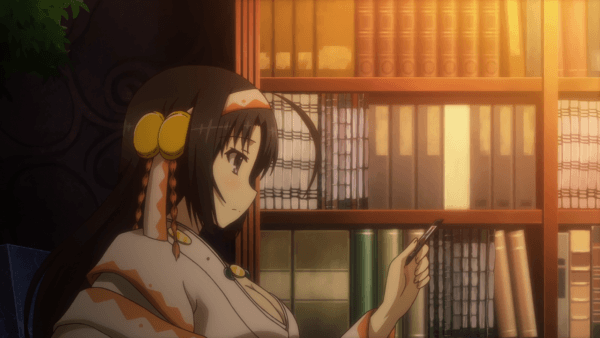 I’m not saying that Invaders of the Rokujyoma!? is a bad series due to this, as the character interactions in this series are absolutely hilarious, a few of the characters are extremely memorable due to their personalities, and there are even a number of fight scenes scattered throughout to keep things feeling fresh. This creates a comedic harem series that really helps stand on its own; especially due to the rather unique way everything is established and developed. However those looking for something a satisfying payoff at the end will be left with numerous questions about the main character, certain origins of other characters, and more.

Visuals
The animation found throughout the series can best be described as a bit on the simplistic side for backgrounds and colorful for the characters. Every girl has a unique enough character design and thanks to their various special backgrounds have special abilities that they often use, either in combat or for comedic purposes and these special effects are handled quite well. 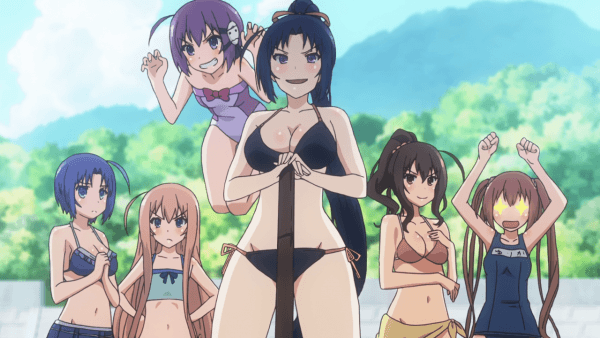 Despite being a harem anime, the fan service is incredibly tame to the point of being nearly non-existent outside of a standard beach episode and a few panty shots but considering the tone of the anime is more about comedy and developing bonds between the group members while they still put on a façade of fighting for the room this is for the best.

Audio
Sentai Filmworks has chosen to release Invaders of the Rokujyoma!? with only the original Japanese voice track and this works well enough primarily due to a Yurika, Theia, and Sanae’s voice actresses really helping deliver on their character’s personalities to the point that I don’t believe, at least in Yurika’s case, would have been easy to replicate in English. 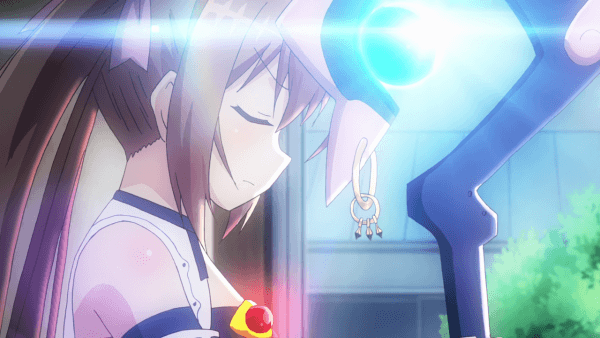 Extras
Unfortunately Invaders of the Rokujyoma!? has been released with rather simplistic special features as the only bonuses come in the form of the clean opening theme, clean ending theme, and trailers for other Sentai Filmworks releases.

Overall
It is easy to tell that the anime adaptation for Invaders of the Rokujyoma!? was created in an effort to help give the light novels an extra push as one would assume that many of the mysteries and questions that are left hanging by the end of the series are answered there. Though the series does lack a satisfying conclusion, the comedy found throughout the series and the characters are rather striking. Those looking for a harem styled comedy that offers something a bit different should be pleased with what Invaders of the Rokujyoma!? has to offer, especially if they find themselves enjoying the character interactions as much as myself.
Capsule Computers review guidelines can be found here.