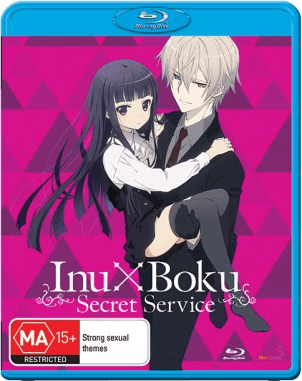 Overview
How we perceive and enjoy entertainment can vary depending upon who we are. By extension this means that all entertainment is subjective, what one may like another may not. Some go broad to gain a wider audience and appeal, others go in close and specific to a certain type of taste. Inu x Boku Secret Service is neither, it is a series that seemingly has no audience in mind yet at the same time manages to reach several specific audiences. For those particular audiences this series will be a roaring good time, for those outside of that niches it may come across as a mixed bag. Despite that, Inu x Boku Secret Service proves to be a compelling romantic comedy that doesn’t try to be too ambitious, instead opting for a more intimate style of fun and that suits it just fine. 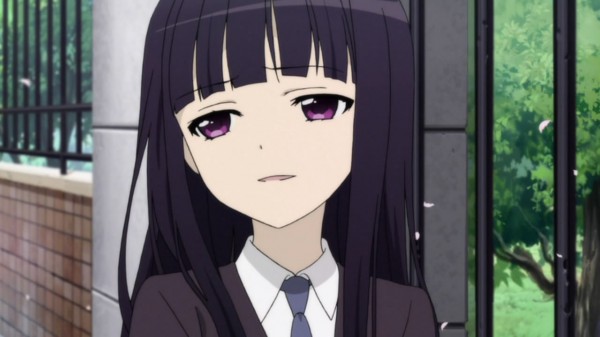 Story
Make no mistake Inu x Boku Secret Service is an anime series targeted that has a unique appeal. It certainly makes for a great watch if you are into the romantic comedy spectrum of anime. On the flip side of that it can be difficult to get into if you aren’t into these types of anime. Regardless of that, there is still a bit of fun to be had if you are willing to give it a chance. At its core Inu x Boku Secret Service is pure wish fulfillment but it has enough heart to transcend its hokey pretenses.

The story focuses on Ririchiyo, the stuck-up rich girl epitomized  as she moves into a new apartment block that she believes to be exclusively for the elite of society. Of course things aren’t as they seem and the whole place turns out to be filled with some very bizarre demons including Secret Service agent Shoushi who vows to become Ririchiyo’s dog.

That in and of itself is a relatively elaborate set-up for a romantic comedy anime, but underneath that strange surface is some genuine emotion and even deeper meaning to all of this madness. 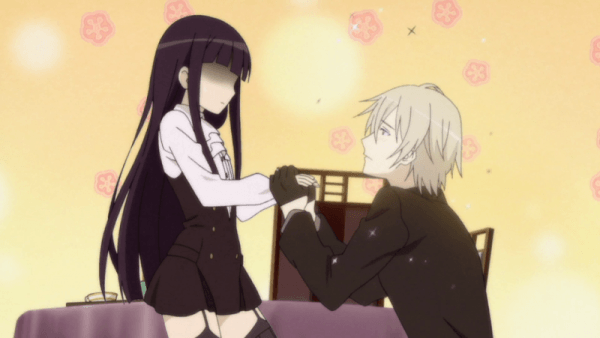 Ririchiyo is a misanthropic girl who tends to avoid others and forming friendships. When Shoushi comes into her life everything begins to change and soon enough she comes to the realization that she needs people in her life. She can’t go on being alone.

The central theme of Inu x Boku Secret Service is that people need eachother. It doesn’t exactly stick the landing on that, but it does manage to draw some interesting moments out of it. Ririchiyo and Soushi’s relationship is certainly an awkward one especially when taking into account the age of both characters, but it is evident that both characters need one another. Inu x Boku never really decides whether or not that need for eachother is a good thing or a bad thing but there is at the very least an unexpected sense of finality to the proceedings.

I feel that Inu x Boku has a very unique problem that it is afflicted with. It has many elements that appeal to many different audiences but it doesn’t ever commit enough to any of those elements to reach the potential each one has. All of this results in a rather scattershot anime series. It is a chaotic mixed bag that doesn’t exactly come together in the end, but it does provide an interesting take on take on the genre. 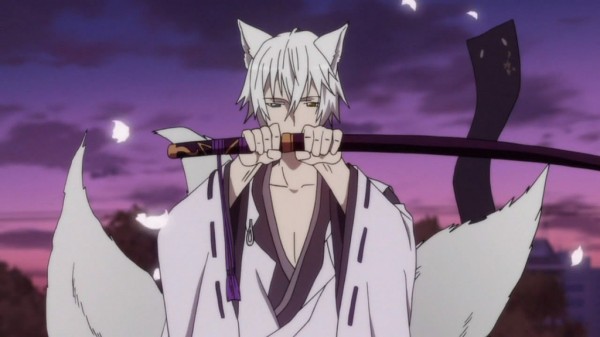 Visuals and Audio
David Production have crafted some excellent aesthetics with Inu x Boku Secret Service. While the locales don’t tend to be too impressive the characters are memorable. The series is beautifully animated with appealing art style and characters designs on show, making for a great visual experience. The Blu-Ray format serves to further accentuate the great art and animation of this series.

The series soundtrack is equally well composed, with a number of great tracks implemented. Interestingly enough Inu x Boku also features 6 ending themes alongside its single opening theme. Each track is well suited to the series and does a good job adding to the general atmosphere of the show.

This release also happens to feature an English dub alongside the original Japanese audio. Unfortunately the English dub falls far too much into the preverbial hokey valley with some poor casting decisions and lackluster performances in particular from Hilary Haag as Ririchiyo who fails to convey the vulnerability of the character instead focusing far too much on her posh tendencies with little to no nuance to the performance. This is of course disappointing, but to be expected for the often inconsistent casting efforts of Sentai Filmworks. Thankfully the original and admittedly brilliant Japanese audio is available with Rina Hidaka completely owning the role of Ririchiyo unlike her English counterpart.

Extras
Hanabee have done a great job with this release, having managed to include a fair amount of extras for viewers to sink their teeth into. Included on this Blu-Ray collection is the OVA episode as well as clean opening and endings. There is also a rather odd inconsistency in this release however. Hanabee having reproduced Sentai Filmworks Blu-Ray release have not removed instances of Sentai Filmworks name in the product, with a rather oddly placed ‘Also Available form Sentai Filmworks’ trailer section. It is a small yet nagging issue that can be bothersome to those who like consistency in their products. This is a great release though, regardless of that very minor issue. 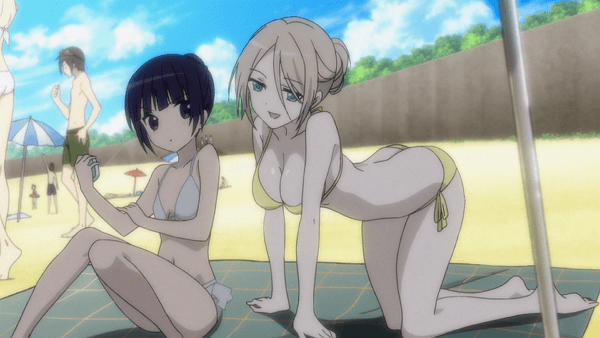 Overall
Inu x Boku Secret Service is chaotic at the best of times and confusingly messy at the worst of times, but it is always weirdly entertaining. There is a true sense of fun that thrives on the chaos that comprises Inu x Boku Secret Service which makes for what is a surprisingly enjoyable anime series. It is far from perfect, it lacks the ambition to commit to any one element completely and it doesn’t seem to have a clue what it wants to be, but in spite of it all it turns out to be the one thing it had to be – crazy fun.