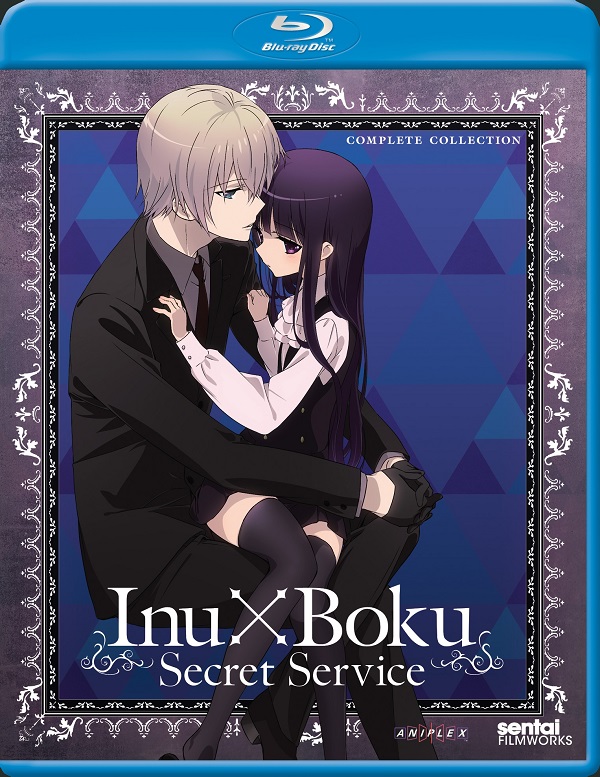 Overview:
No matter the form of entertainment, keeping the audience engaged with the experience should always be top priority. Whether this is done through great storytelling, interesting characters, intense combat or any combination of things, great pieces of entertainment always try to keep the audience pleased. In the slice-of-life anime genre, this can be a difficult task which requires either great characters, a nice amount of comedy and something special to make it stand out from the series on the market. Now that Sentai Filmworks has brought Inu x Boku Secret Service to North American shores, does it manage to offer an experience charming enough to be worthwhile?

Story:
Ririchiyo Shirakiin has had a rather difficult life despite the fact that she has only just entered high school. Thanks to a number of issues in her past, she has become so socially inept that any time she speaks with a stranger, she tells them off and looks down upon those around her. This causes nearly everyone around her to avoid her because her outward personality is that of a cold-hearted rich girl who cares little for those around her and simply sees everyone as worms. 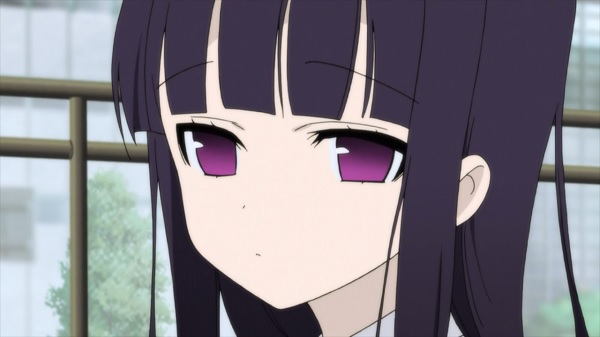 However inside of this young girl lays an innocent heart which feels horrible every time that she acts this way.  Now that she has grown old enough to enter high school, she has managed to move away from her family into a special boarding facility called Ayakashi Kan where only the rich and privileged are able to stay.

While obviously a place for the rich, Ayakashi Kan is segregated from the rest of the populace for another reason as well, and that reason is right within the building’s name. Everyone who is a resident of the building has some supernatural blood running through their veins which allows them to transform into yōkai of legends and wield supernatural abilities. 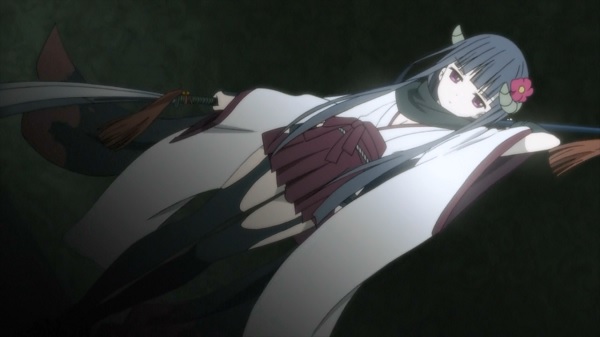 Everyone who stays within the walls of this facility is given a supernaturally gifted bodyguard to protect them and once Ririchiyo settles in, she is introduced to a bodyguard so devoted that he would rather kill himself than not work for her. This man is named Soushi and his devoted and caring nature catches the cold but vulnerable Ririchiyo off guard. Being her servant in almost every meaning of the word, can Ririchiyo grow out of her shell with Soushi by her side and a building full of those friendly to her? 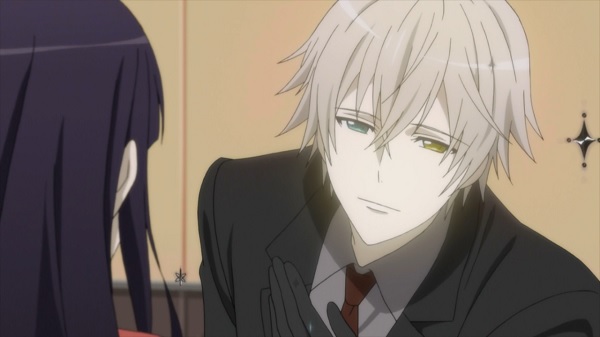 As you may surmise, Inu x Boku Secret Service closely follows Ririchiyo and her bodyguard/butler Soushi’s relationship with one another as they live their daily lives and interact with other residents of Ayakashi Kan. However despite having a rather interesting cast of characters, Inu x Boku spends almost the entirety of the series introducing the cast and providing slow paced fluff episodes which ultimately means that outside of minor character developments, the series crawls forwards at a snail’s pace.

The poor pacing of Inu x Boku SS may be forgiven thanks to the fact that the series sports quite a wide-range of side-characters, however thanks to the fact that, at most, each side character is given two episodes of spotlight time viewers are left with a cast of half-developed characters that come off as one-dimensional. These one-dimensional traits are often used for most of the series’ comedic moments and they do work well enough in this regard, but unfortunately the mild comedy presented here isn’t enough to support the main focus of the series. 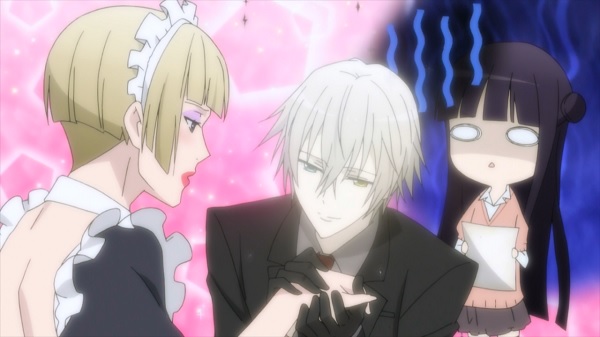 This focus of course is on Ririchiyo’s growing feelings towards Soushi and his growth as a character as well, but because of the long drawn out process of the series which only picks up pace for the final two episodes. While these final two episodes do have a nice emotional pay off for Ririchiyo and Soushi, viewers will likely struggle to even make it up to this point without losing interest in this poorly paced series.

Visuals:
Despite featuring supernatural elements, Inu x Boku Secret Service’s animation style is quite soothing at times thanks to a soft color palette that features a wide-range of coloration and a decent amount of detail. Each of the characters is nicely animated and all of them feature unique designs, especially whenever they enter their yōkai forms. The high quality character designs work wonders for the series’ slow episodes as it helps make their interactions with one another all the better including numerous shifts into chibi style either for comedic effect or during a humorous moment. 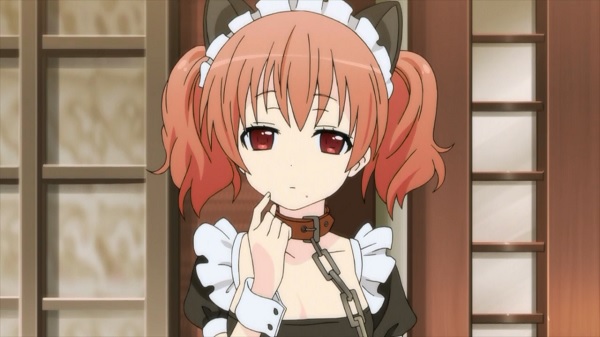 As for the rest of the series, most of the environments tend to be rather repetitive though still nicely detailed and whenever something action related does actually occur, the animation quality doesn’t suffer the slightest. It is interesting to note that Inu x Boku Secret Service attempts to cater to both female and male viewers with numerous bouts of male and female fan service, though neither are very obtrusive to the overall experience.

Audio:
Sentai Filmworks chose to provide Inu x Boku Secret Service with a full English dub though the original Japanese voice track is available for those who wish to choose that option. As for the English casting, the voice work is a rather mixed bag. Ririchiyo is likely a difficult character to voice given her snobby outward personality and kind-hearted inner self, and unfortunately Hilary Haag’s voice work for the character does take some getting used to. While she does fit into the character’s personality as the series goes on, she seems like a poor fit for the character initially. As for the rest of the cast, they are handled well enough, with Chris Patton’s Soushi handled nicely. 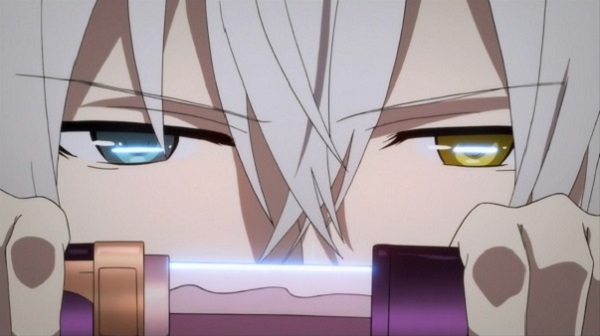 As far as background music goes, the series has a number of standard background tracks for a series such as this which ultimately means that they are quite forgetful. The opening theme is “Nirvana” by Mucc and it is fitting enough, but not very memorable but surprisingly enough, there are six different ending animations and a different song for each animation. These songs are mostly sung by the original Japanese voice actors and are a nice addition to episodes themed to specific characters.

Extras:
While the bonus features included in Inu x Boku Secret Service are nothing special, it is worth noting that Sentai Filmworks did go the extra mile in one regard, albeit a bit strangely. This release sees the inclusion your standard clean opening and ending theme, but considering there are numerous ending themes, each ending theme is presented here cleanly, though they are simply provided as a ten minute video rather than selectable by the viewer. 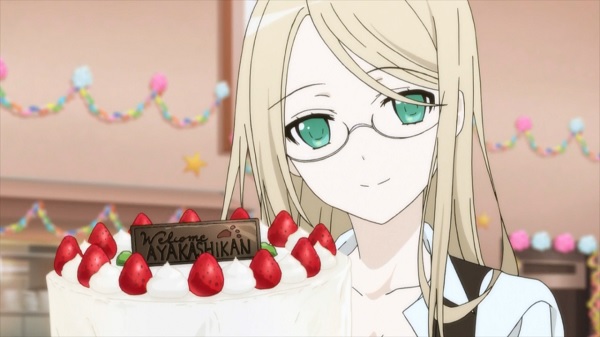 Outside of this, the OVA produced in Japan a few months after the series stopped airing is also included in this release, though it is simply considered a thirteenth episode rather than an OVA. This OVA is a nice after touch to the last two episodes of the series and lets viewers end on a comedic note after the emotional finale.

Overall:
Inu x Boku Secret Service has an interesting enough premise to lure viewers in, however with such a slow pace and lackluster side-characters, many of these viewers will likely give up on the series long before the best episodes of the series air. While they may happen far too late to save the series from being nearly entirely filler episodes, great animation and a decent level of comedy help make up for the series’ pacing issues, making for an enjoyable experience that may be a bit tiresome at times, but ultimately ends up being a slightly above average slice-of-life romcom.