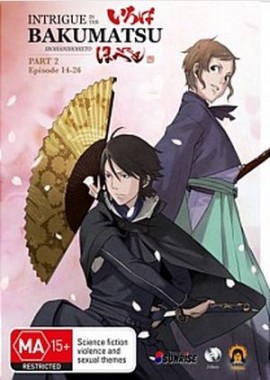 Samurai, Geisha, Peasants and Lords; That’s Edo for you. Intrigue In The Bakumatsu romanticizes about this era without romanticizing too much about this era…I get it, hard to understand but it will all make sense soon enough. Mixing deep the deep history of Tokyo(Edo) and a great deal of supernatural presence this series is bound to confuse you in a way that I really wouldn’t consider bad. Action, adventure and the Eternal Assassin. 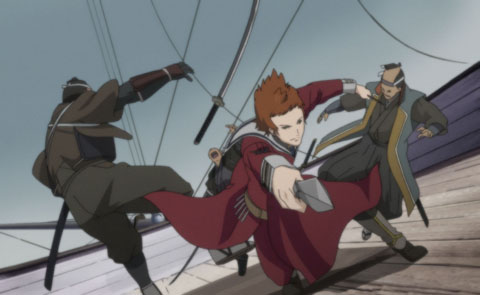 Part 2 of the series, much like a lot of series’, follows directly on from part 1 (you can read my Part 1 Review here). What we know from Part 1 is that our main character is a man called the Eternal Assassin and he’s out to destroy the head of the conqueror, well, the head of the conqueror has taken possession of a new vessel and this particular man is of high power within the military, this is where the story really kicks into overdrive. I would honestly love to outline some fantastic story elements right now but it would definitely ruin a few things for you and those “few things” are key. I have to say Part 2 of the series, the story within it, really won it over for me. I found the Story from Part 1 was slow and kind of bland but this half of the story is what makes watching the first half worth it! Characters are introduced that, somewhat, take the spotlight for a few episodes and those characters are so well written that you don’t even care that they’ve taken over the role of main character, even for a short while. 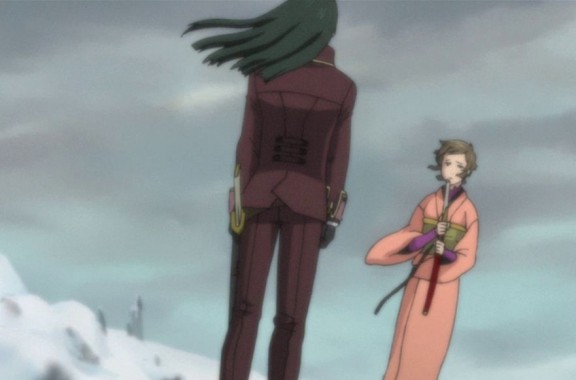 The historical element of the series is incredibly highlighted in this half, so many historically accurate “characters” are introduced and let me tell you something now; have Google handy because you’ll want to know who certain historical figures are and it really adds to the depth of the series. Another part of the story that gets brought to the forefront, moreso in part 2, is the supernatural element. Once again, I can’t say much without ruining it for you but just know that from what originally was the evil that flowed from a glowing red skull has now been magnified into…damn! I really can’t! Trust me when I say that this series has a great and deep storyline that really had me thinking and actually gave me an interest in Japanese history as well as the supernatural myths that surround it. The overall vibe I got from Intrigue In The Bakumatsu was that of putting a mythological reason behind the events that transpired in history; “why did general so-and-so do this? Some say he was under the influence of a dark evil…” and so on. That’s the vibe you get and they put it across in such an intelligent way. 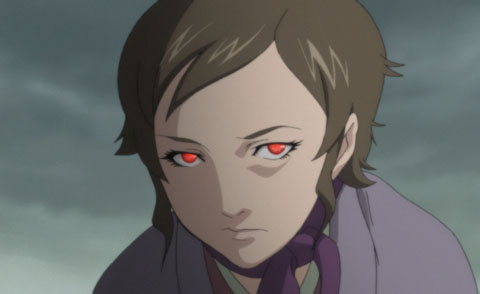 Now bare in mind while watching this that Intrigue In The Bakumatsu was made in 2006 so, animation wise, it’s lacking though it does pick up in a substantial way during the last 3 or 4 episodes, you really see the effort they put in to end the series with a bang! I have to say, more than anything, what impressed me was the character and costume design. The characters looked regal and they really suited the environment. Their costumes seemed accurate but they definitely had an Anime twist to them. There is a small group of characters that are English Soldiers, like special forces, they had the traditional red coats but with a bit of spice to them like, it was just nice to see something like that, something that is basic yet incredible at the same time. This is the one thing that has stayed the same from Part 1; the art is nice, clean and it looks fantastic. 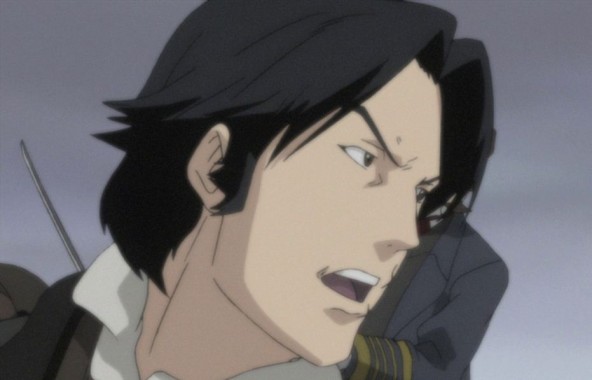 I didn’t like the English voice actors in Part 1 of the series but I’m not going to say I hated them this time around either. I feel like because the story became more intense it allowed the voice actors to become more intense and they seemed to let themselves acting in a way that seemed…raw. The accents in the series are really bad though, there’s English, Scottish and Russian and they’re all fairly bad, at one point in time a character even stops talking with her British accent and just continues on with her American accent until the series’ end. From the episodes I watched in Japanese, they sounded great so if you can’t handle the English it’s probably better to switch over to the Japanese. The music was great! It started as traditional Japanese-style but as it got closer to the edge you could actually hear the European-style of music to kick in, that attention to detail is just nice to see. 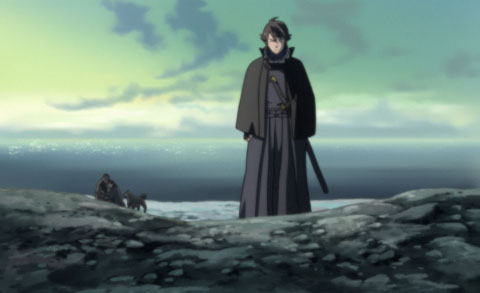 The extras were as standard as they come in Anime releases. Clean opening, clean closing…that’s about it. There’s a nice piece of art on the inside of the cover but apart from that there really was nothing. It’s not really something to take points away for though because there are more Anime releases out there that come with nothing than there is that come with a whole lot of extras. 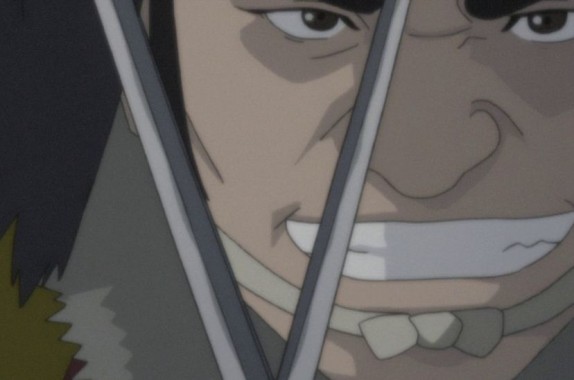 The series is great for historical buffs and big fans of samurai stories, like me. While it’s dated and it’s lacking a few certain things that would make this a perfect Anime, it’s still really good and it kept me glued to the screen. It ends in a big way and it’s just a fantastic Anime all round. I suggest, though, that if you’re going to get into this Anime you HAVE to stick with it; get Part 1 and even if you’re not that into it get Part 2 and continue with it because it’s one of those series’ that makes you love it over time and really the only way to get a good grasp on it is by watching it all the way to the end.