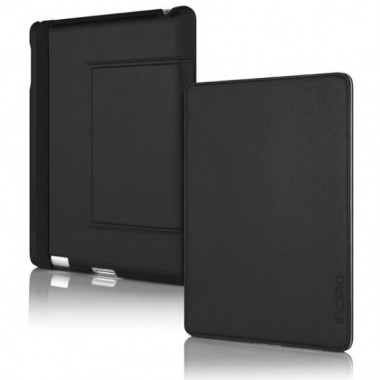 Incipio Slim Kickstand Folio
Developer: Incipio
Platforms: iPad 2, 3, 4
Price: $39.99 Get it Here
The Incipio Slim Kickstand is a vegan leather folio case with a plastic hard shell. The folio is held closed by an elastic band closure and features a micro suede interior to protect the iPad’s screen when the case. The case can be propped up for two possible viewing angles. The case is available in three colours, red, gray and black.

Installing the case was extremely easy. I simply needed to snap the case into the hard shell piece and close the front cover. The hard shell back holds onto the iPad by clipping into the two long sides of the iPad with a reasonable amount of force. Taking the iPad out of the case was very simple, I just needed to grab one of the corners of the case and push down and the iPad was freed from the case. The front cover is held down by an elastic band. This band is at the perfect tension, requiring enough force to keep the cover snugly closed without requiring so much that the elastic band is damaged in the process. 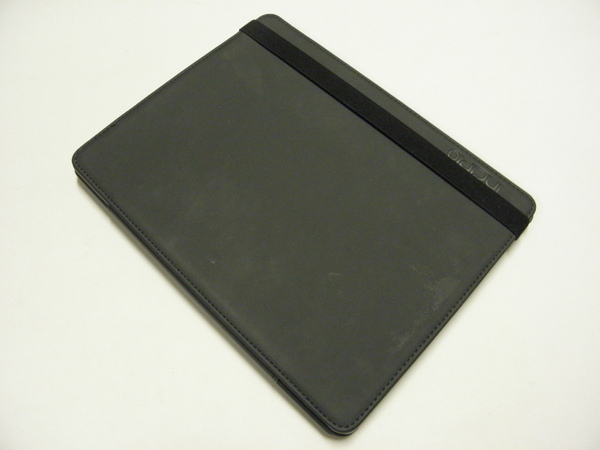 The vegan leather used is very slick and slightly plastic like in texture. It is rather puffy and soft to the touch. Unfortunately the vegan leather’s scratch resistance is less than real animal leather. With a little bit of force, I was able to scratch the top layer of the leather with my finger nail. The scratches were not easily seen with the naked eye, but running a finger across the area revealed the damage to the leather. The vegan leather on the front cover is stitched down to the rest of the cover. The sewing is extremely well done. The stitching is at a uniform distance with no fraying or stitches coming loose. The elastic band is sewn in securely, although one edge of the elastic band looks like it is really straining against the stiches. So far the elastic band or the stitching has not come apart or shifted with rough handling, so it will most likely survive the long term. 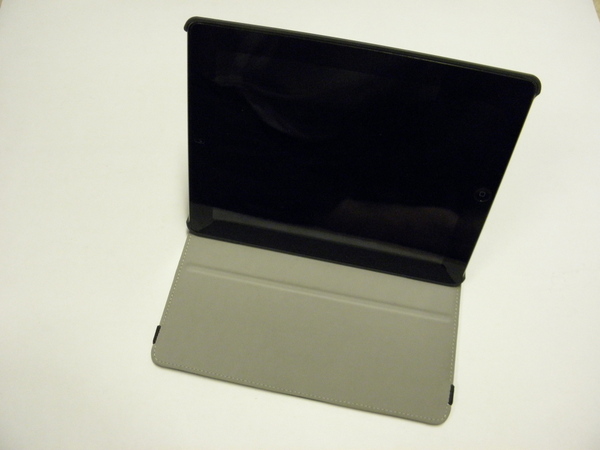 The interior of the case is Incipio’s standard micro suede lining. It is soft with a little bit of grip to the texture. It has yet to cause any scratches my iPad’s screen protector. Unlike the Apple Smart Cover’s micro fibre interior, the micro suede won’t clean your case just by rubbing against. However, the grippy texture Strangely enough, there are no magnets in the cover. This means there is no Smart Cover functionality in the case. This is an extremely curious decision considering the price point of the case. Also extremely curious is the choice of viewing angles provided in the case. The front cover is rested on the table and the iPad is slipped into one of two indents on the inside of the front cover. The two viewing angles are great for hands free viewing to watch videos and maybe play simple casual games. I did notice there was not a huge difference between the two angles, the differences were more subtle. What was really surprising about this cause is the fact there is no typing angle. To use the iPad’s keyboard comfortably, I was forced to resort to my tried and true rest it against a book method. This design choice seemed extremely strange to me considering some sort of typing angle is almost a requirement for cases with the introduction of Apple’s Smart Cover. 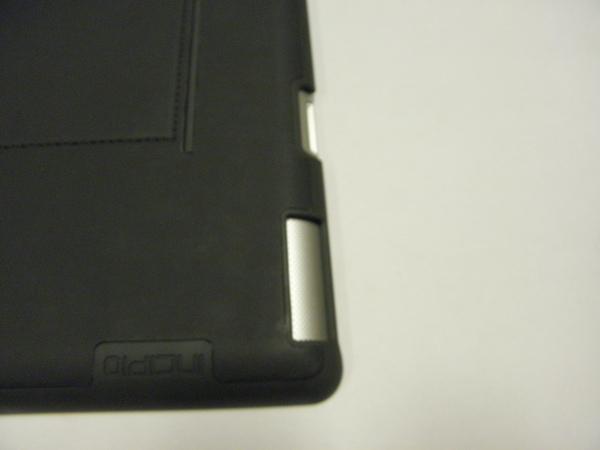 The back of the case is a hard plastic shell with the vegan leather attached to the back of the shell. The strip of vegan leather provides scratch resistance to the plastic shell and also served as the hinge for the case. I found the hinge to be poorly designed. Although it is resistant to damage from use, it is completely possible to close the case the wrong way. This causes the micro suede side of the cover to be facing outwards. This would not be too bad if it wasn’t for the fact this causes the hinge to jut out awkwardly. I found myself doing this a lot when not paying attention or closing the iPad in the dark. 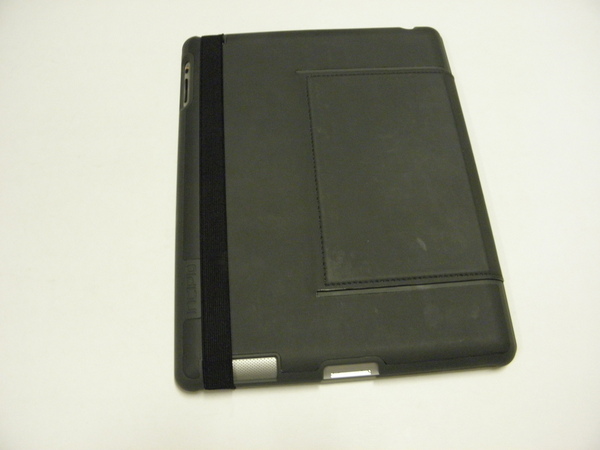 The plastic hard shell of the case provides excellent coverage. There are holes cut out for each specific function on the iPad. The volume rocker button and the mute switch share one large cut out. The docking hole is cut out for the 30 pin dock connector, but will easily fit the newer Lightening connectors on the fourth generation iPads. The speaker hole even has a slight bar near the curved edge of the iPad to provide better coverage of the iPad. Due to the smooth vegan leather used, the case can be slid around on a desk relative ease.

The case is a bit on the bulky side, which is a tad ironic given its name, the Slim Kickstand Folio. The case almost doubles the width of my third generation iPad. However, considering the bulk of the case, the case itself is not actually that heavy. The up side of the extra bulk is that is does provide a bit of drop resistance. The puffiness provides a little give that will help the iPad survive a painful drop or two. 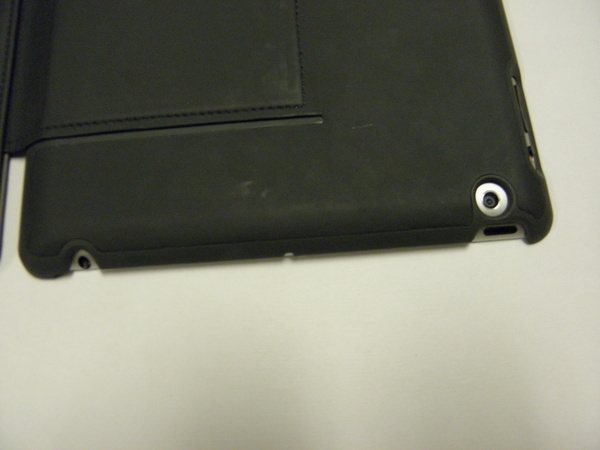 I cannot recommend the Slim Folio at the full price of $39.99. Although the workmanship put into the case is excellent, the vegan material does not stand up to scratches particularly well. The case has a lot of features missing that other cases at this price point have. Some are strange, like the lack of typing angle, and some are downright unforgiveable, like the lack of Smart Cover functionality. I really like the excellent coverage provided by the hard shell backing of the case. The coverage is one of the best I have seen yet. However, none of this justifies the $39.99 price tag. If you see the case sold at a steep discount, the Slim Folio is worth picking up, but even Incipio itself has better offerings for the iPad at this price point.