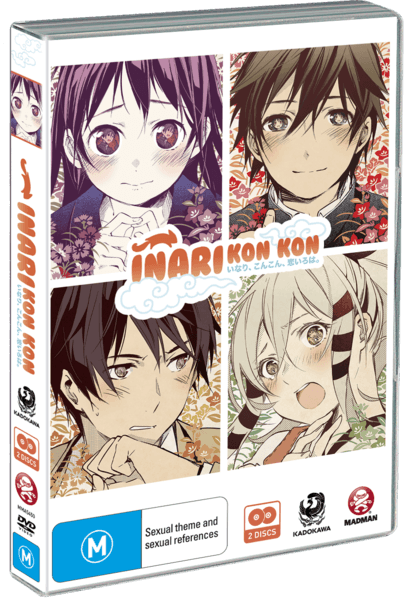 Inari is a middle school student who has feelings for her classmate Tanbabashi. She begins to wonder if he may have a romantic interest in Sumizome, a mutual classmate of theirs. One day, Inari saves a fox from falling into a river while on her way to school. Uka-sama, the god of the Inari shrine, is grateful for this act of kindness and later tells Inari that she will grant one wish for her in return for saving one of her familiars.

Inari decides that she wants to become Sumizome. Her wish is granted, effectively removing Inari from the face of the Earth and replacing her with a doppelgänger of Sumizome. She runs into Tanbabashi while her appearance has changed and finds out that he feels guilty for avoiding her. Inari has an opportunity to give him the charm that she bought for him, but she finds that even though she has physically changed, she has not changed on the inside. Realising her terrible mistake, she goes to Uka-sama and asks her to turn her back into Inari. This is where things start to go terribly wrong, or perhaps terribly right, for Inari. 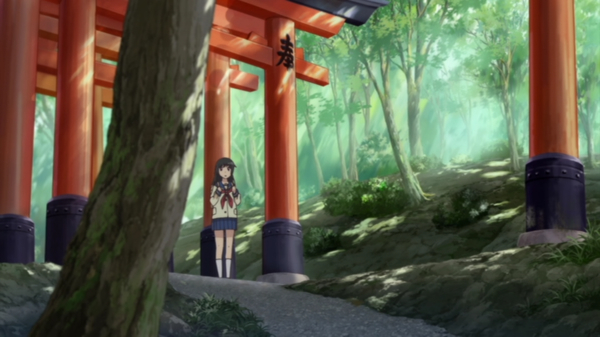 This is a series where character interactions and character development are just about everything. It is all too common for a manga series or an anime series to make it seem as if changing one’s physical appearance is a guaranteed way to make one suddenly have some kind of appeal to the person they have feelings for. It is not common, however, for a Japanese series to show that superficial changes to one’s appearance are meaningless. Inari learns that she must find the courage to talk to Tanbabashi herself without the help of anyone else or divine power.

The greatest strengths of this series are the ways it handles the interactions between the characters, the depth of their personalities and their emotional development. It explores the unfortunate fact that some people, whether through their own actions or because of external influences, find it difficult to make friends and accept new people into their friendship group. It explores what it is like for someone to accept their own shortcomings and try to get over them. It also carefully explores the many difficulties and anxieties that come with having romantic feelings for someone. Morohe Yoshida has created a series that is more touching and feels more natural than many other anime and manga series do. Few of them feature characters with such depth and with realistic and familiar personalities. 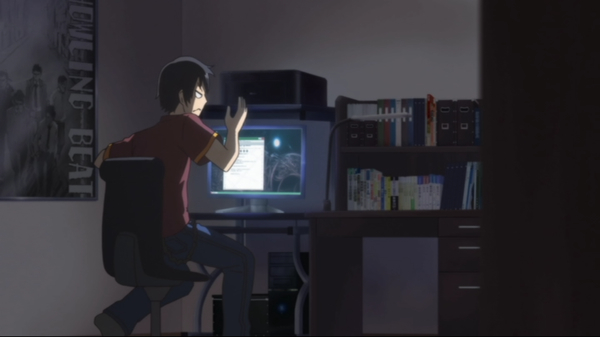 Production IMS has done a fantastic job with the animation and the visuals. The scenery is given a detailed, natural look, while the external appearance of the Celestial Plains is stylised to give a surreal feel to the home of the gods. Alternatively using both of these styles helps to create a unique feel, one that is always pleasant to look at. It also helps to distinguish the Celestial Plains from Earth, a distinction that becomes quite important as the series progresses.

It is always important for characters to be distinguishable from one another and fundamentally more so in this series. Inari looks like a normal human being instead of being the kind of cookie-cutter girl that is commonly depicted in many Japanese series. Uka-sama has the appearance of a wise god, or at least that is how she appears most of the time. Her tendency to play otome games allows for opportunities for her to be portrayed more like a human, a point that is the cause for significant concern on the parts of her creepy, incestuous and overprotective brother and the rest of her family. Inari’s other friends are all clearly distinguishable from one another, which helps when Inari transforms into one of them for one reason or another. Maru’s character design in particular is quite refreshing; issues involving being overweight are rarely discussed in Japanese series in such a realistic way. The male characters, however, are as bland as male characters are in any given harem series. Still, Tanbabashi’s bland appearance is not really a problem; it is his initial lack of personality that is the problem. In the latter half of the series, his feelings are briefly explored, helping him to become somewhat of a proper character, and Touka goes through some development as well. 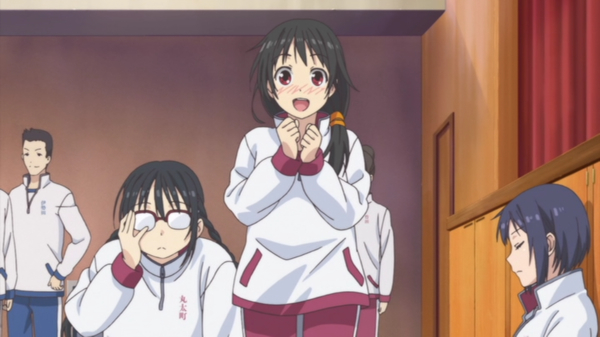 This series does not push fan-service as much many other series do these days, but it is nonetheless present with the sexual objectification and humiliation of Uka-sama. There are also creepy men that hit on the two of the girls when the main group of friends goes on the contractually required beach trip. All of the ‘fan-service’ exists to humiliate or seriously frighten the female characters. It is not at all appropriate and detracts from the innocent feel that the series otherwise has.

The background music, composed by Takashi Senoo, is beautiful and fun to listen to, and it never feels like it is used inappropriately. One thing that is particularly effective is the use of atmospheric sounds. Ethereal atmospheric sounds can be heard instead of conventional background music when Inari is discovering Uka-sama‘s house for the first time, adding to the mysterious feel of the scene. The opening and ending theme songs are better than the usual pop songs used in anime, and the insert songs are pleasant as well. 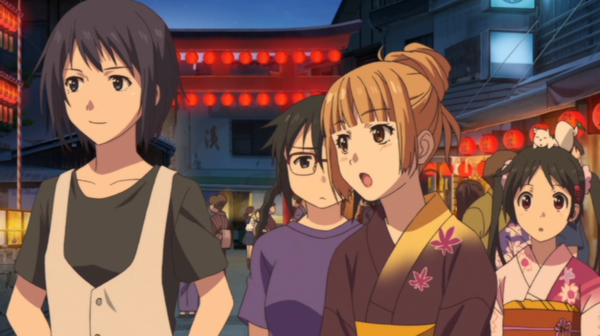 The performances of the voice actors are convincing. Unfortunately, FUNimation still found ways to change the meaning of what is being said even without producing an English dub. The subtitles frequently use North American slang terms and phrases when they are clearly not appropriate for such a distinctly Japanese series. If you know enough Japanese to understand what is being said, you may wish to turn the subtitles off so as to avoid the unnecessary and inappropriate Americanisms introduced in the subtitles.

Although none of the episodes feature conventional previews for the following episode, nine special previews titled “Pub Fox Theater” are included. In these shorts, the foxes Shishi and Roro and later Uka-sama‘s sister Miya discuss random things while shots from the next episode of the main series play on a TV in the background. The commercial collection, promotional video, textless opening and ending animation and U.S. trailer are included as well. The textless opening and ending scenes in episodes 9 and 10 are not included, a common move for English releases of anime. The OVA episode is included. While it does not really further the story, it is one final chance to see the characters animated and doing things together, even if most of it takes place chronologically in the middle of the 10 episodes of the TV series. 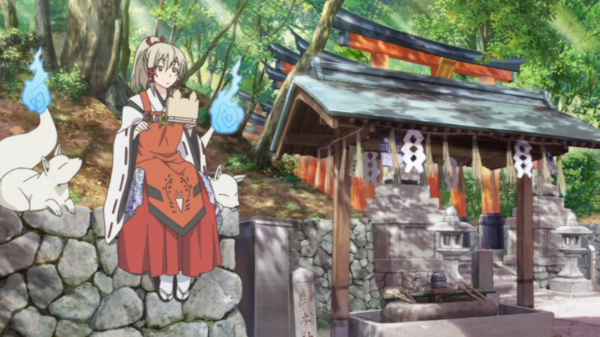 Inari, Konkon, Koi Iroha is figuratively a hidden gem among the vast majority of the manga and anime series that make it into the English speaking world each month. It has a surprisingly natural and often mystical feel to it; when a character reveals something very deep and personal about themselves, it feels real. These moments have a real emotional power that is unfortunately rare in Japanese series. Although the main plot is resolved by the end of episode 10, much is left unresolved. This is because of two reasons: the anime adaptation finished over a year before the original manga concluded, and there are only 11 in total. The friendship issues were resolved throughout the course of the 10 episodes broadcast on Japanese television, and while some future developments are implied, enough is left unresolved to warrant another season being produced. Sumizome certainly deserves more screen time than she got after her powerful revelations in the middle of this adaptation, although it is unlikely that a second season will actually be produced. As it is, this adaptation provides a delicate, albeit brief, insight into the lives and minds of a group of mostly realistic characters.