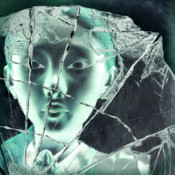 Fear. It’s something we all have, something that sits just beneath the surface, something that makes an appearance at some of the most crucial times in our lives and it is something that has been with us for all of eternity yet we collectively enjoy watching scary movies and playing scary games as well as telling scary stories, why is this? I don’t have the answer to such a pseudo-profound question but maybe Chillingo does. “In Fear I Trust” is a mobile-based horror game that puts you in the shoes of a man who knows as much about the world he’s in as you do…so nothing at this point in time. You’re tasked with exploring his environment to simply try and understand just what is going on. “In Fear I Trust” brings psychological horror to iOS devices in a way like you’ve never seen before, it leaves you with nothing but fear and confusion and I suppose the question I should ask is; which one do you trust? I’m sure you know the answer. 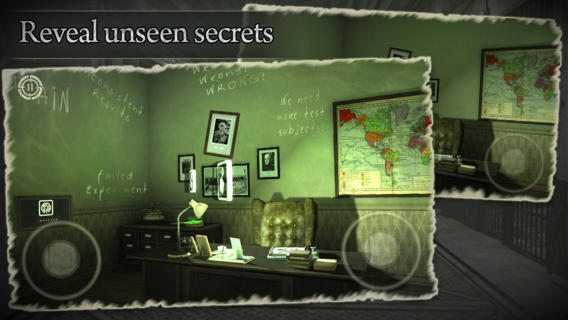 This title is quite an odd one to speak about regarding the story because, even for someone like me who has played through the game, there is yet to be an end to the story simply due to the way in which the games updates have been layout out; with every update comes a new episode to add onto the story. It is a story shrouded in mystery and the whole point to playing this game is to actually uncover the story for yourself piece by piece all the way down to the most minor detail and most of it is done through finding collectables that you can read or listen to. You wake up in a cell, cold and alone, it seems like no-one else is around and all you can hear are the feint sounds of clanging or banging but they’re off in the distance so you don’t quite worry about it. From there you escape your cell and begin searching around what first looks like a gaol (jail) but then some sort of laboratory, through picking up said collectables you begin to get an idea of exactly where you are and it seems as though you’re in some sort of facility that has been dedicated to researching the human mind and its endless possibilities.

Now I’ve had no inside explanation from developers or publishers, this is entirely what I have pieced together while playing through the game so I COULD be wrong about it. Most of what is written on the facilities walls are in what looks to be Russian but there is also quite a few things written in English around the establishment, that mixed with the fact that all the voice actors seem to be American add more confusion to the whole story but I suppose we’ll find out more about it in the coming episodes. Once again, there may have been things I accidentally overlooked, it’s quite an in-depth game. I love the story because it’s so overly fictional but the way it is put across is so non-fictional because of how well-written documents in the game are and how good the voice actors are within the game, it seems almost real, almost like this could have happened some time throughout history. I quite enjoyed the thrill of slowly uncovering everything piece by piece, like I mentioned; it felt real and that made the whole game all the more immersive. 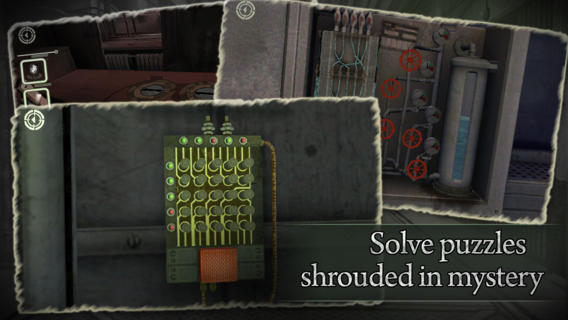 “In Fear I Trust” has a very basic style of gameplay, one that I’m sure audiences have seen many times before but one that really doesn’t need to be changed because it has already been mostly perfected. You’re thrown into a first person view and you use thumbsticks (with the choice to change to a tapping style of gameplay) to move around much like in any of the first-person shooters everybody is so into nowadays. You’re basically to look around the environments you’re put into and investigate every nook and cranny to find clues on both what the hell is going on in this large facility and how to get out of it so it’s your typical “point-and-click” puzzler with a bit of a twist. Essentially you find items that interact with other items that allow you to move on within he game, each item works as a key to another item which works like a lock, that’s probably the best way of looking at it.

There’s also this vision that allows you to see a lot of things that hide just beneath the surface like clues on how to get certain places and special audio files that help fill in the story, this ability is essential throughout the game and it may or may not actually have something to do with the story. It plays well and fairly smooth, I didn’t particularly like the thumbstick style of gameplay at first but eventually I got used to it and it become more fluid. Puzzles varied, some made me feel really smart yet others stumped me for long periods of time, it’s just how puzzle games go and I think it was done nicely. Fact is, the game is very story driven so I don’t think the developers throw things that are too hard at you because they know that you really just want to find more information about what is exactly going on, they found a nice balance. 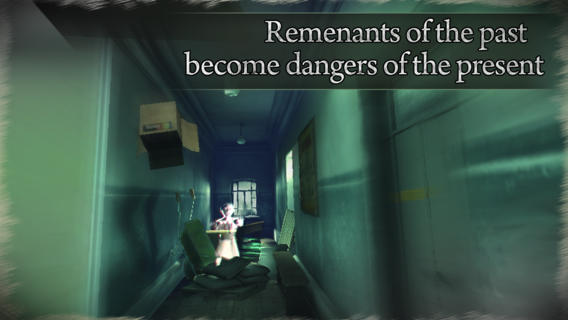 Aesthetically this game is outstanding in every single way, not only is it the one of the best looking mobile games I’ve seen as of late but, as a game in general, it is actually incredibly good-looking. Graphically this game is great but what I’d like to put more of my focus on is the actual layout of levels and rooms within the game: Because of its mystery/horror theme, “In Fear I Trust” has a lot of intimidating and sometimes scary-looking places to investigate, all these places come across exactly how I assume the development team wanted them to. Between the startling flashes and illuminated figures of people appearing at the corner of your eye as well as the words with hidden messages splayed across walls…it makes for a very sinister environment.

I found this game to be just as scary as it was boasted to be and I think it has a great deal to do with the way the game looks just as much as it has to do with the way the game sounds. Constant shaking of the screen and fades to black as well as odd and startling visual images really raises the tension within the game, it had me scared to turn the character around at times thinking something was going to scare the heck out of me, nothing ever really did but the fact that the environment could instil a sense of fear into is great one at that especially for a horror title. 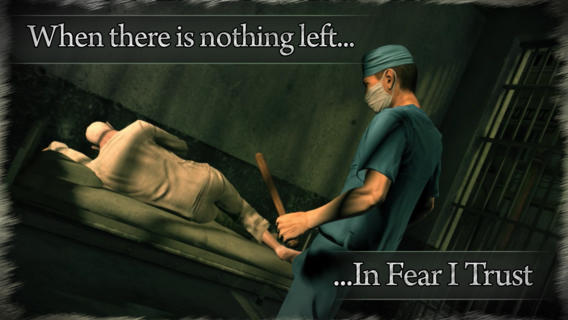 Before you even start to play “In Fear I Trust” I prompt appears on your screen telling you that it is suggested you use headphones whilst playing this game now while they say it as a suggestion I will say it to you as a command because this game has some of the most effective environmental noises I’ve ever come across, especially within a mystery/horror game. “In Fear I trust” has no music tracks though I don’t believe this type of game would have necessarily needed any because its goal is to scare you not to impress you with its musical talents and scare you it does! The best way I can explain this with words is this: I want you to imagine you’re in an empty car-park, maybe at a mall or shopping centre, now imagine the lights are off and you know that people have been attacked in this car park recently, you begin to hear feint noises in the distance, noises that may sound like a lead pole hitting a concrete floor or chains being dangled as something comes towards you, or so you think.

The noises fade for a while but soon return, some are louder, some seem further away, they are all varied and you don’t know what to expect next. THAT is the basic vibe you get from the game and it is almost entirely done with sound. I played this without headphones as well as with headphones and both times I was somewhat frightened so don’t take this game too lightly just because it is on a mobile device. Something I, somewhat, forgot about in my sound effect-caused excitement was that the voice acting in this game was absolutely brilliant, I was quite shocked to hear how good the actual actors did but they did a fantastic job!

“In Fear I Trust” takes everything we know about mystery/horror/point-and-click games and builds on it like a sturdy foundation, it doesn’t flip it on its head, it doesn’t shake it up, it simply builds on what was already good about the genre and makes it even better. I’m not a fan of these types of games at all, my reach tends only to stretch as far as action/adventure and doesn’t usually dip into the “thinking” side of gaming but this game right here hooked me in and it doesn’t take a genius to realise how good a game must be to drag in people NOT of its target audience. It is a game that must be played for its story if not for the way it is actually played, if you’re not a fan of the point-and-click style of gaming but are still interested in the sci-fi/supernatural aspect of it I’d still say this is a game for you. It’s very in-depth, it knows what it’s doing and it hooks you in, what more can I say? “In Fear I Trust” has absolutely become a game I’d put my trust in. 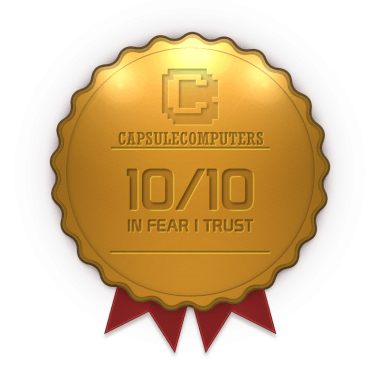