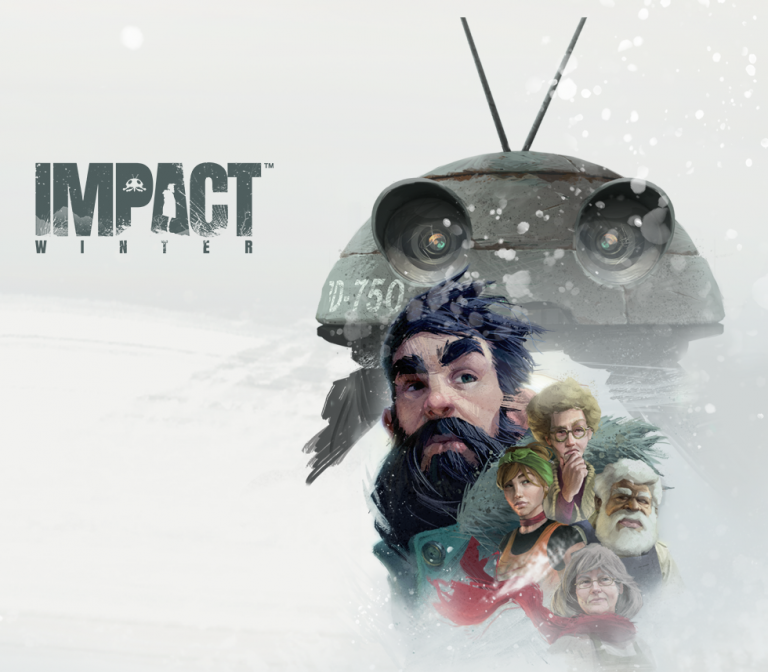 Ever wondered how long would you survive in a post-apocalyptic scenario with limited resources of food, warmth and worst of all – no 24/7 internet connection? Add constant snow to the mix, ever-present danger of hypothermia and starvation and you have the worst recipe for a reality show ever. Or a good recipe for a video game. Lucky for us, the team from Mojo Bones decided to go with the latter option so here we are. Let’s see if they managed to cook up a good game in the end.

We find ourselves in the aftermath of a devastating asteroid hit. Forget about any summer holidays, it’s the eternal winter from now on. Most of the buildings have been buried deep under the snow and you are stranded in an old church that serves us as a  primary shelter and base of operations. I say us since aside from Jacob (that’s you) our team also includes Wendy, Christophe, Maggie and Blane.  You get to be the jack of all trades while the rest are in charge of cooking, crafting new items and upgrading Ako. Who’s Ako, you ask? Ako is our little floating android companion who will be of great help while we roam through the endless fields of snow. Well, that’s it for the story, at least what I could make out of it. And by “it” I mean almost nothing. There’s no cutscene or any sort of text intro, the game just opens up with you waking up in the church and after a short tutorial – off you go! On a positive note, we don’t seem to be completely left to our own devices since some form of rescue party is coming in 30 days or less. 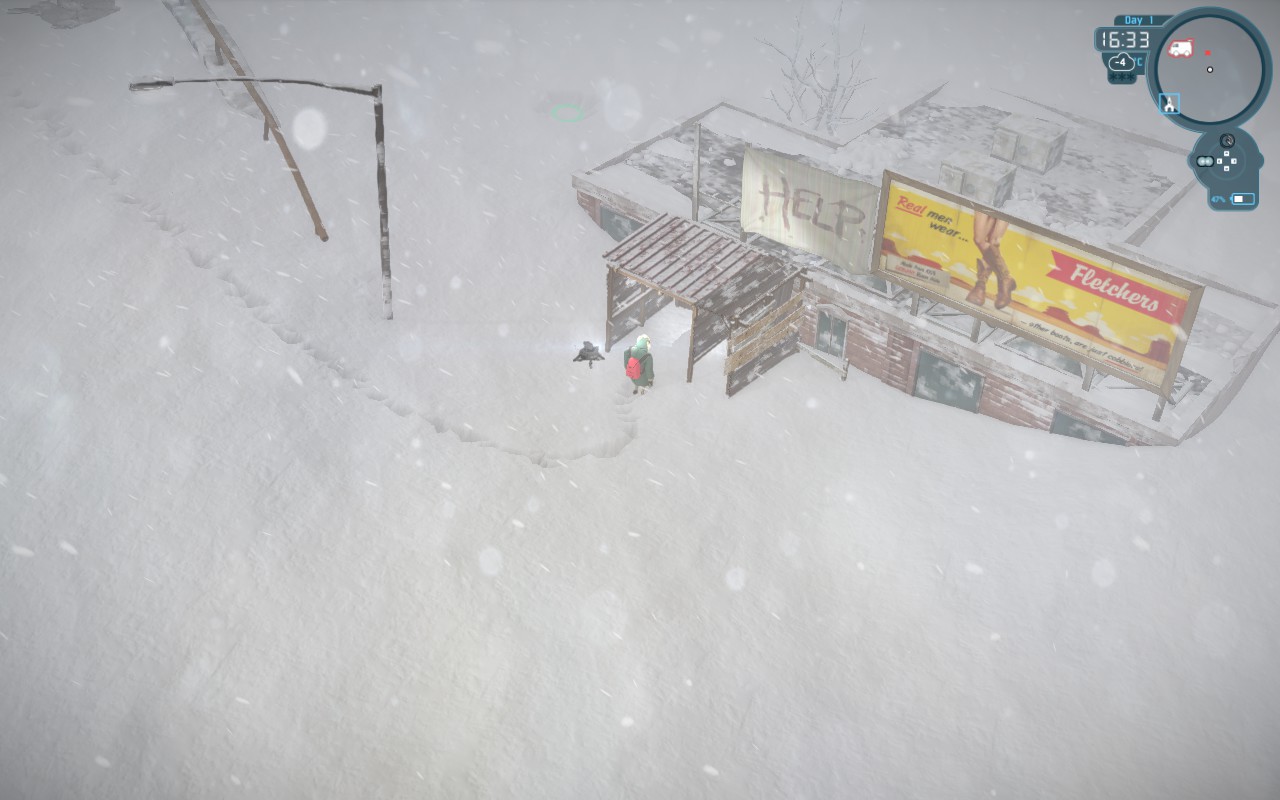 I’m guessing that “or less” part got you a bit curious so let me expand on it. For every completed action like discovering new locations, solving quests and crafting you get a small amount of RP (rescue points). Every time you gain a level by accumulating RP, a couple of hours are deducted from 30-day rescue timer. So get busy, solve quests, hoard as much as you can find and who knows, if you’re good/fast enough you might even get rescued in a week. To get to that point we have to start small. Leaving the church to explore is a good idea. In my case, exploring had to wait since I kept going in circles and running around in the snow to draw words by leaving a snowy trail behind me. Eventually, I figured it would be a good idea to venture more than 10 meters away from the church and see what else awaits us in the great white beyond. As it turns out, we are far from alone. Occasionally you might stumble into wandering nomads who might trade various goods with you. Or a stranded stranger in snowy fields asking for a drink in exchange for some RP coming your way (hey, nothing is free!) 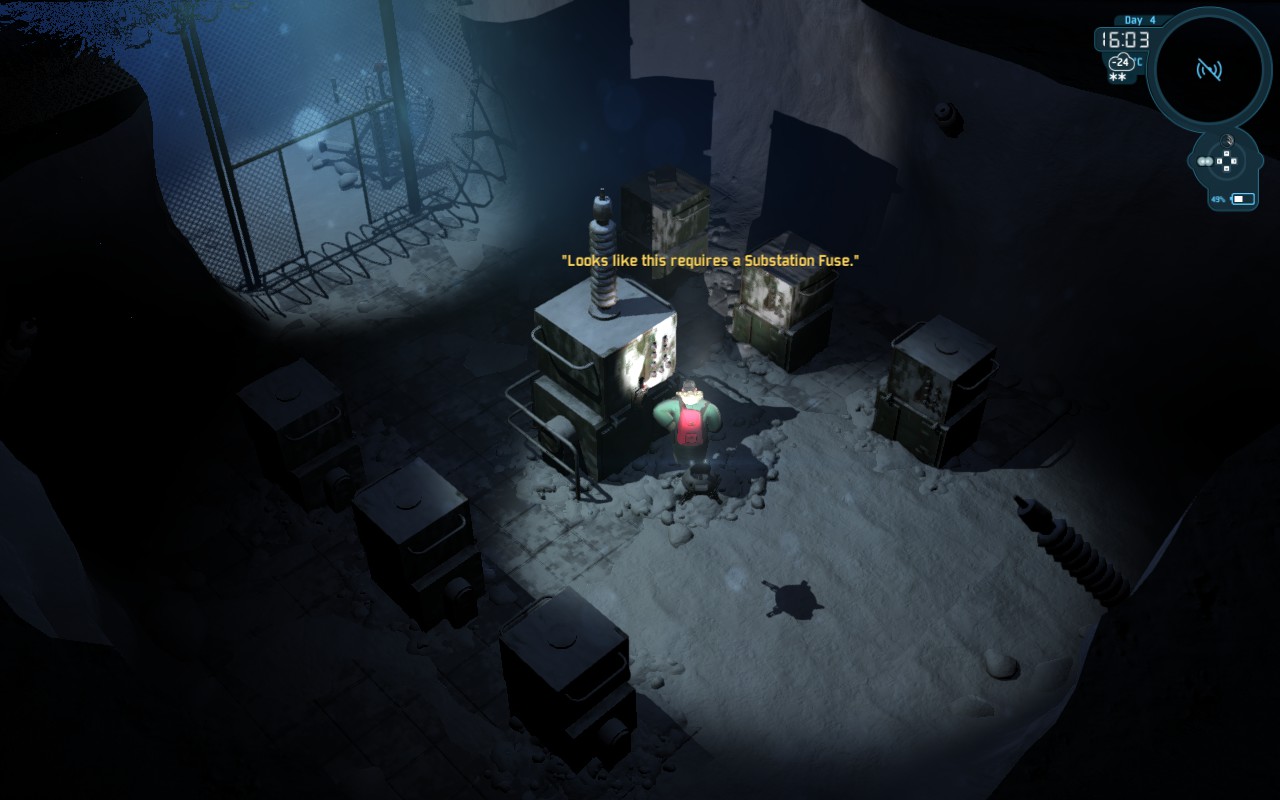 Oh and let’s talk more about Ako. Our futuristic Swiss knife will prove more than useful while we rummage through random houses and abandoned buildings. He comes equipped with short range radar, sonar, flashlight and a drill. But as you can imagine, there is a catch here. All of those tools on him require some battery use and once it hits zero……well, let’s just hope you have a photographic memory since you’re forced to find your way back to church without a radar. As you gather more materials, you can unlock better upgrades for Ako such as increased storage size, better radar/sonar and less battery usage. Exploration might seem a bit tedious at the start, you won’t be able to carry everything with you due to small storage space. Multiple return trips to the church will be required. Although, you can cut that down a bit by setting up a tent out on the open and sending it all via the tent deposit box. Yep, a lot of the game revolves around item management but that’s not all. You also have to keep track of the levels of energy, temperature, food, hydration and happiness for yourself and your team. Getting any of those below acceptable means there will be a high chance of hypothermia and illness in the shelter. In that case, you can only hope you’ll have enough antibiotics and medicine for everyone. Not gonna lie, my first adventure lasted for about 5-6 days before I had Jacob face down into the campfire due to exhaustion. It’s not always easy to keep track of everything and keep them all well fed and rested.

When it comes to this, not much you can expect considering you’ll spend most of the game in only two types of environment. If you’re not roaming through the vast fields of snow, chances are you’re inside of some dark cave or an abandoned building. Again, the most charming bit of Impact Winter during exploration is leaving your trail behind. If you’re feeling playful, you can be like me and spend a lot of time writing stuff and drawing objects in the snow that way. Flashlight effects during the night reconnaissance are pretty, as long as you have enough battery juice. 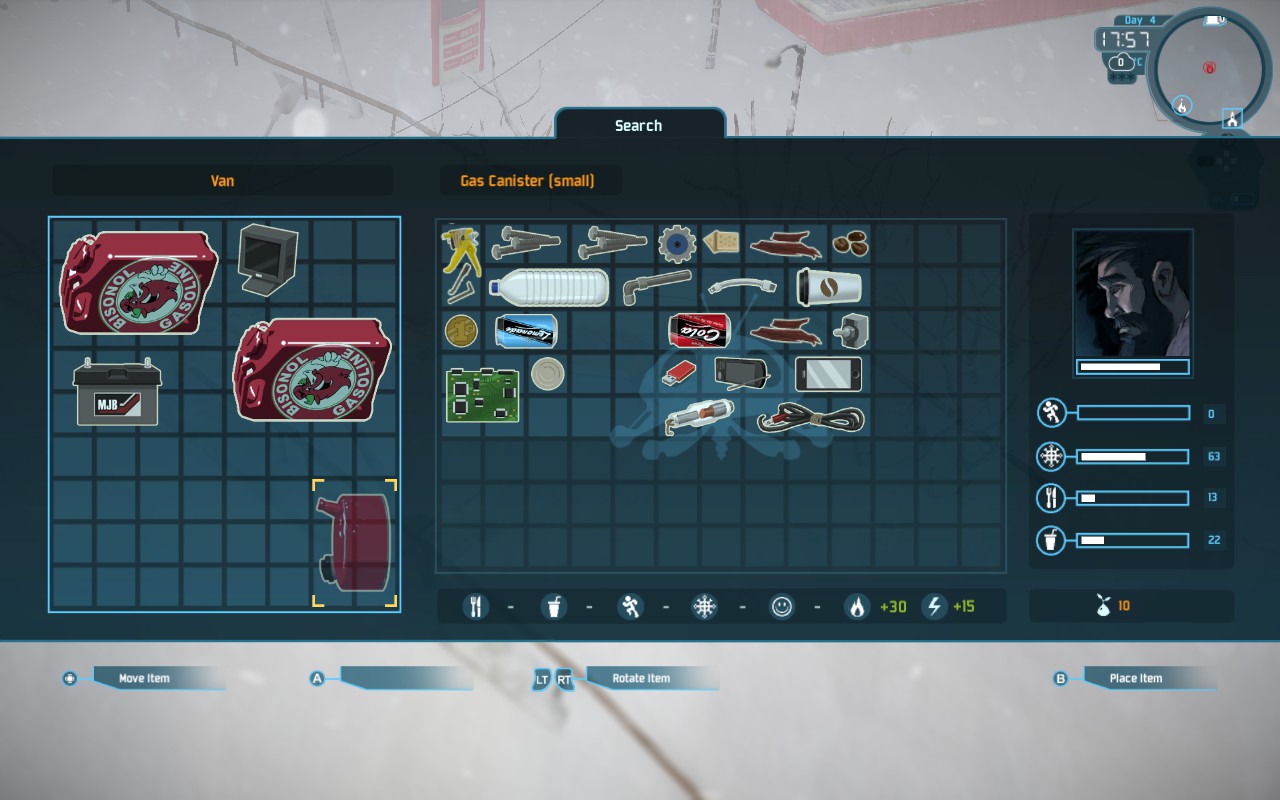 As for audio, all that comes to mind is “Eh, I guess it’s there….?” I’m genuinely struggling to say anything since the music is barely noticeable unless you’re fiddling with the inventory or crafting. You’ll be more aware of the noises Ako makes since the background music is generic at best. I also feel a bit misled considering the trailer for Impact Winter gave me the impression that there would be some sort of voice acting in the game but nope. Unless you’re counting for Ako’s beeps, there’s nothing else there. 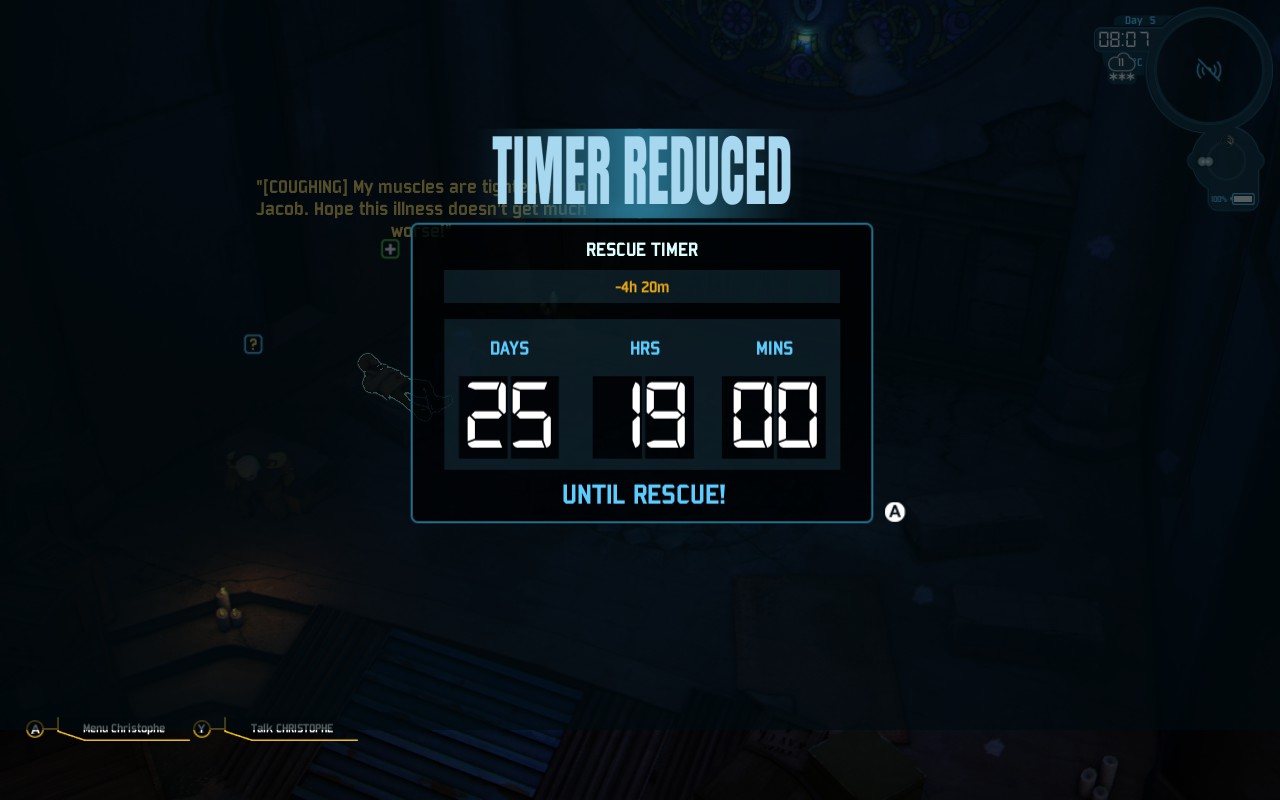 With all said and done, Impact Winter would be a decent title if it wasn’t for some technical issues the more I played the game. First of all, you’re better off playing this with a controller since the K & M controls are weird at best. No mouse support and delayed character response are the two things you’ll notice first. Other than that, we also have incredibly long loading times and on rare occasions quests not registering as completed (rare as it is, it can pretty much stop you from progressing in the storyline). I’m positive all of these issues will be resolved down the road but as far as first impressions go, it’s far from love at first sight. Still, Impact Winter is a game deserving of your attention. There is some strange joy in scavenging through closets and cupboards in abandoned buildings and Ako grows on you after a while, more than any human members of the team.
Capsule Computers review guidelines can be found here.

Captivating survival RPG held back by a couple of technical issues.
6.5