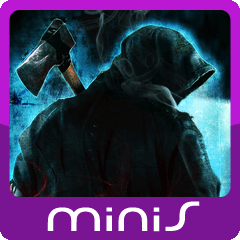 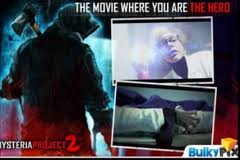 Hysteria Project 2 is the latest offering from developer Bulkypix. It is the sequel to their hit game Hysteria Project. It was released as a game for the iOS back in January before being ported for the Playstation 3 and Playstation Portable as part of the minis range. To be perfectly honest, it should have stayed on the iOS. In fact, this game should not have been made period. Terrible gameplay, an overtly clichéd story with stock characters and outdated full motion video techniques are only part of the foundation of what is a disappointingly constructed gaming experience.

You play as an unnamed male character that awakens in a hospital/lab room with a woman in a white coat watching over you. As you will discover, a crazed maniac who goes by the name of #13 is after you for some reason (this is not explored). You will venture throughout this hospital/lab to find out what is going on and to escape this crazy axe wielding serial killer. You will get guidance from a young doctor by the name of Lisa (who is the doctor at the beginning of the game), but only later on. 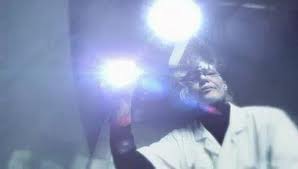 The story lacks anything interesting and unique, unless you are into cheesy, B grade horror films. The characters are stereotypical of a horror film, right down to the personalities. I didn’t connect with the main character at all. There is no character development, but considering that you are trying to escape a lunatic, I guess that happens. The story itself is heavily reliant on clichés, which includes a creepy setting and panic inducting situations among others. Speaking of the setting, it seems that is the only thing Bulkypix got right. The tones of said setting emitted the creepy atmosphere of horror games and the fire scene actually got me a little interested. Also expect a very short story. Outside of that, you’re better watching a properly made horror film. 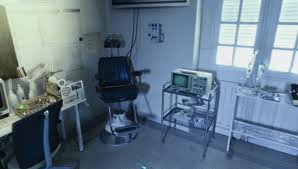 The gameplay… well what about it? This game is nothing more than a glorified full motion video production. This means that there is a severe lack of real interactivity. Most of the time you will be experiencing quick time events or you will be in a situation where you have to click and point, just like early PC games. The puzzles are poorly constructed. There is no indication on what has to be done. For example, the first puzzle you encounter (after 5 minutes of poorly shot full motion video) you are strapped in the bed. I look around to see how I could escape. Ten seconds later, I am killed by the crazy man. After a few tires I clicked on the bonds, where a cut scene shows the character struggling to free himself to no avail. Then I return to the same situation. I was confused and frustrated as I get killed once more. It turns out you must press the bond AGAIN to see him free himself. Remember, this is the first puzzle of the game. The puzzles are not very fun as well. There is little interaction in terms of controls. All you use are the directional buttons/analogue stick and the X button, which is called the action button. They are also frustrating to complete. Half of the times these interactive moments occur without prompt or warning. This is where the game over screen will be permanently scorched into your memory. For a game where you are trying to escape a murderer, thus avoiding death, you will encounter it for too often. This is due to the fact that the puzzles were not thought out. Along the way you do try to find pages of a notebook, which is accessible at the main menu. But opening the notebook is in itself trial and error, since it can not be highlighted. 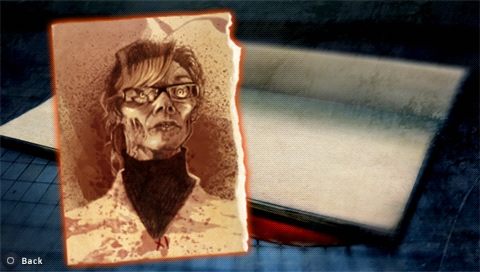 The music is a mixed bag to say the least. It does reflect upon the setting and the overall tone of the game. However, expect it to be repetitive stock horror music, filled with uninspiring musical shrieks which would make anybody flee in terror. At certain points the music will change upon the situation. The fire scene mentioned earlier had music which induced a sense of escape. In terms of voice acting, only one of the three characters actually has a voice, which happens to be Lisa. Lisa’s voice actress is terrible. She tries to convey a British accent, but delivers it very poorly. 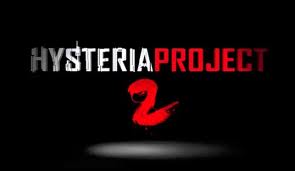 I will put this question forward, however: why would you use an outdated technique to convey the story? Full motion video, as some of you might know, became the craze back in the early 90’s, thanks in part to the introduction of CD. Sega is the most famous example with the Sega CD and Nintendo were looking into a similar concept with Sony (and we all know how that went). However, this is a very outdated technique. I would suggest not to play the game on the console and especially not on the big screen. The FMV technique ruins the look of the game. It makes it look like a low resolution internet video. It looks like it was filmed with a very outdated video camcorder. The editing of the opening is not so great. It looked it was created by an amateur on steroids. The in game graphics fare no better. To be honest, this was made with the PSP in mind, so I’ll give it the benefit of the doubt.

Overall, expect a lackluster experience if you decide to pick up this game. You’ll encounter frustrating puzzles which are not fun. You’ll have to watch a clichéd horror story with poor characterisation but an appropriate setting. You’ll have to sit and watch poor quality full motion video if you play it on a big screen. You’ll have to listen to a terrible British accent balanced out by stock but a fitting score. Talk about it being a Hysteria Project, a better word would be hysterical. For the $3.45 they are asking, you’ll be better off with a dynamic theme or wallpaper.