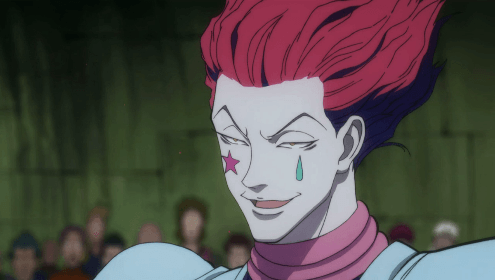 While the first 2 episodes of Hunter x Hunter adapted 2 chapters of manga for each, things are slowed down a bit here and for good reason, this is a character based episode. In “Rivals x In x Survival” we are introduced to a sleu of new characters that will play a vital role in the Hunter Exam arc, with essentially no real forward momentum of the plot until the episodes final minutes.

This may come off as somewhat droll to those who aren’t well adjusted to the shonen genre. A common story-telling device in the genre is the “knights of the round table”, a plot device in which the audience is introduced to the characters important to the story one after another in succession, as if they are all seated at a round table taking turns introducing themselves.

You may think this is a bad way to introduce characters (which in most cases it is). However in Hunter x Hunter it fit perfectly. All of the examinees are in one big room eyeing eachother off. It was the perfect time to let the audience know who the major players will be.

Now for the characters themselves. Tonpa, the rookie killer finally was given the justice he deserved. If you had seen the old Hunter x Hunter series you’d know that his entire introduction was changed for one reason or another, ultimately altering his personality from the original source material. He was coniving, devious and most of all pathetic. That is exactly how he should be portrayed. 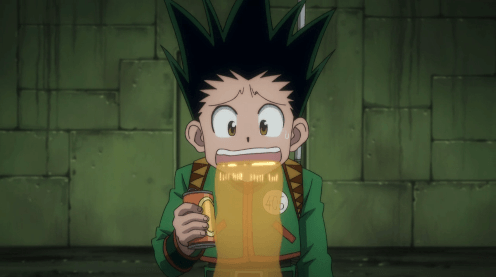 As for the other major character introduced, Hisoka. There has been some rather unfounded objection to his characters portrayal here. The particular things being objected to are his voice actor and the way in which he removes another examinees arms.

First of all, his voice is definitely more badass than his old series voice. Not only that but he is more commanding and intimidating than before. We have yet to see his crazy side, so it’s best to reserve judgement on how his voice actor will handle those scenes.

As for the arms removal – it is not shown how is arms disappear in the manga. It is not specifically said that Hisoka cut them off and there is no blood to prove that he did. The whole arms turning flower petals thing, was much more interesting then if he simply cut them off. It fits so much more with his Magician persona and was a great piece of animation that looked stunning. 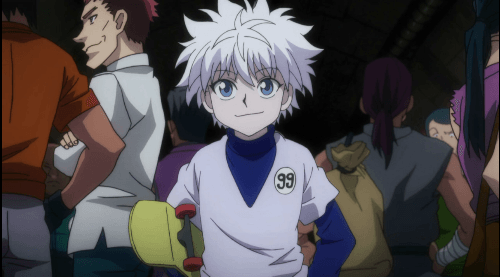 This was really an episode heavy on dialogue. Which is a given considering the majority of the episode takes place in the tunnel underground with Gon and friends introduced to all their competition in the Hunter Exam. The pacing is an obvious slamming of the brakes in comparison to previous episodes. But when there is so much intensity to come, things had to stop and position themselves for an episode.

Hunter x Hunter is on the rise, while this episode may just be taking some time to lay the ground work, what is to come is without a doubt going to blow people away. This is the series to watch this season.