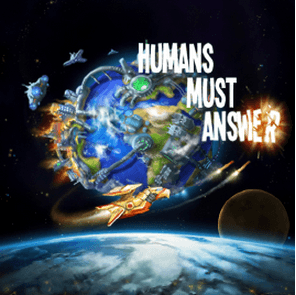 Sumom Games presents to arcade gamers Humans Must Answer, a classic 2D horizontal space shooter that has not only made an explosive entrance online, but has brought to life a new type of space invader. The concept of intelligent chickens overrunning the Yolk (Solar) System may seem ridiculous, but works really well for distinguishing this indie title. The question is whether or not taking on this challenging adventure will rise above our eggs-pectations or crash into flames.

The mission is to reach the Yolk System N-365 in response to a SOS call about a malfunction regarding the Yolk (Sun). It is our responsibility to pilot the Golden Eagle vessel through the Hyperspace Tunnel to ensure Colonel Ram and Professor Bez in the Military Operative and Science Wing reach the final destination alive to save the galaxy. As can be expected, there is no easy way to escape the AI forces, meteorites, destructive vehicles and multitudes of explosives that appear at every corner. More to the point of story, I was pleasantly surprised with how well the narrative is integrated in the game, as the depth of the story aligns with the player’s progress against Humans and Robots in the Yolk System. Additionally, before each new level begins, players can access space logs with briefings and insights from Ram and Bez to understand more about each individual task to complete the overall mission. 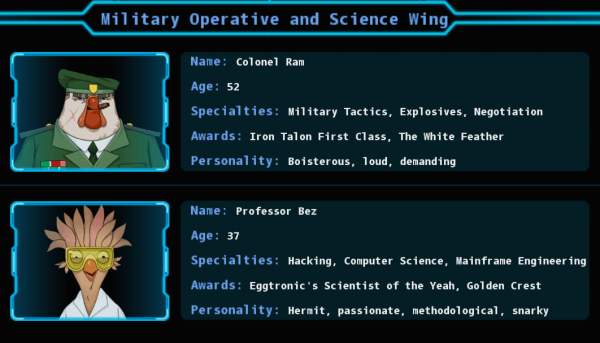 In terms of gameplay, Humans Must Answer have designed a well thought out campaign that caters towards the spectrum of sci-fi and shoot ’em up (shmup) audiences. Before beginning the campaign, the player must choose a difficulty mode between easy, medium, hard or very hard. Considering the intense level of difficulty I found on medium, I will suggest that even players with average space shooting experience should start slowly. Accordingly, the most notable feature I found was game-replay, because there are no lives in the game, players must repeat each level to reach the ideal amount of points; including high level scores and golden and silver egg bonuses to proceed further into the Yolk System. I will admit that it was frustrating having to go back several times to collect added hidden bonuses, after just surviving the level alone. Although, the main incentive for retackling each challenging level is to collect golden eggs and money earned to upgrade and sell weaponry, special equipment and supply armour from the shop, which are detrimental to successfully completing the game. 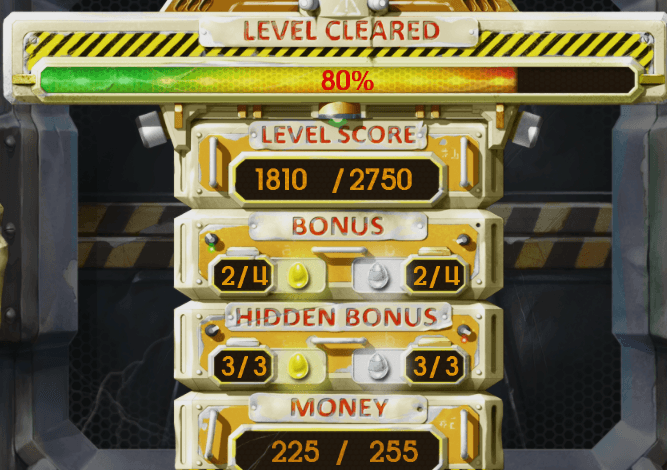 The most exciting element of the gameplay was utilising the excellent and powerful range of weaponry, including omnidirectional explosives, machine, canon and lightning guns, the slow-mo. device, metal armour shields and energy generators, along with deployable drone turrets as the perfect sidekick for demolishing enemies. The two types of weapons are Energy (blue), which can be regenerated and Kinetic (red), which can only be boosted by collecting matter in the game. Conveniently, players can shoot specific space vehicles to pickup health, energy and kinetic matter during the levels to better handle their machinery and increase their expectancy of survival. As you travel further through the game, certain levels require specific weaponry to conquer maze obstacles and access secret passages. Sumom Games should be commended for the variety of intellectual puzzles throughout the game, that require players to constantly make quick decisions about strategic methods of attack and survival. 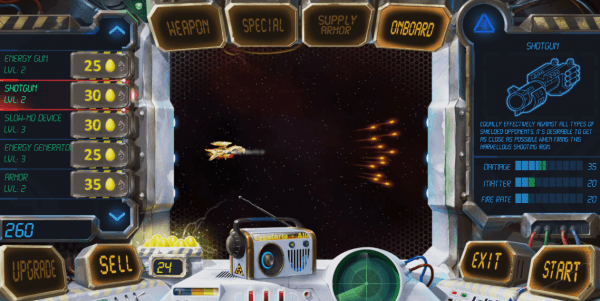 Despite the consistent action-packed entertainment within each of the 26 levels, I was disappointed that the time frame was not longer. I think that the game would benefit from having a fewer amount of levels, for example 20, and longer time frames to ensure that players gain the most rewards and experience from gameplay.

The stunning 2D visuals create a mind-blowing atmosphere of detailed environmental layers within the Yolk System, including New Uruk, a city in the Uruk Sulcus region on Jupiter’s moon, Ganymede. The amazing composition of the galaxy from the space map to specific planets in the levels, highlights the developers talent in artistic design and formulating a memorable visual experience for players. Unfortunately, the fast-paced nature of the game and constant action means we can’t pause and appreciate the scenery, without getting ourselves killed. 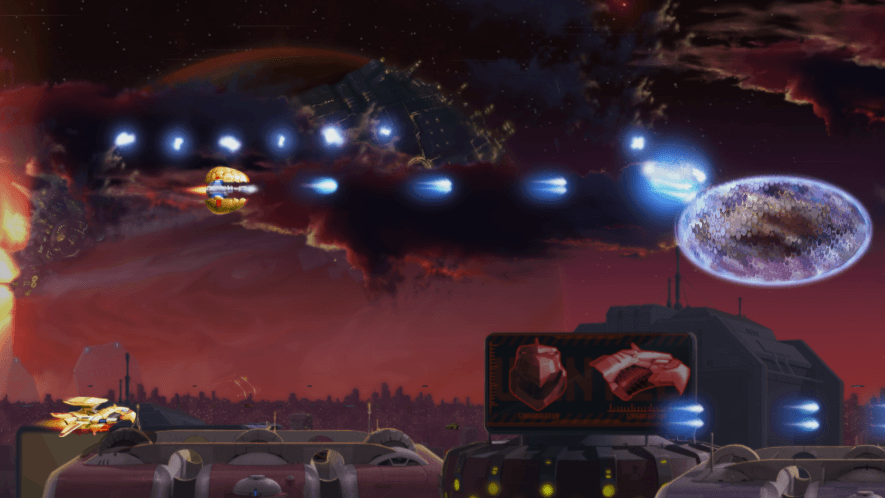 I really enjoyed the game’s soundtrack, as the soft and fast-paced beats of eerie space echoes heightened the tension within the atmosphere, yet provides a relaxing and smooth tone of background music. It is hard to distinguish an original playlist from similar space shooter games, however Humans Must Answer brings to light modern arcade sounds that suit the amount of concentration required for each level within the game. Following the spacey soundtrack are in-game sounds, such as machine guns and sirens, that stand out amidst the ongoing explosions to keep players alert and have their guard up at all times.

Humans Must Answer is a brilliantly addictive 2D space shooter game, that surfaces above the high eggs-pectations of arcade gamers. I would recommend this game for anyone who enjoys challenges, puzzles, strategy, explosions and space adventures. The game succeeds in terms of implementing a new concept, where humans are the enemy and chickens are the conquerors of the Yolk System, as well as giving players the opportunity to improve their arcade shooting and strategic thinking skills. Come aboard the Golden Eagle and hatch the beginning of a new universal leader!