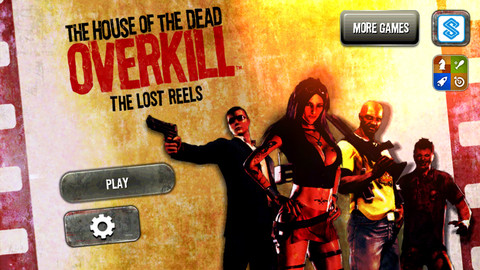 Gameplay
The task of translating an arcade shooter to the Nintendo Wii was not too difficult of a task as the motion controller seems to lend itself well to this type of gameplay. Magic Pockets had the task of bringing that very Wii game, House of the Dead: Overkill, to mobile platforms and they pull it off, resoundingly so. Interestingly enough House of the Dead: Overkill makes for a great casual game as is evident by this version.

The game is simple addictive fun at its core. It takes the House of the Dead series is a different yet familiar direction that feels perfectly at home on a mobile device. There are two gameplay modes, the Story mode and the Survival mode. Both of which are relatively self-explanatory.

The Story mode focuses on going through levels and taking out zombies in each level. It’s simple, fun and doesn’t feel demanding of your time, allowing you to jump in and play on when you please. The Survival mode is similar to your horde mode style of gameplay, you must survive for as long as possible while taking out as many enemies as possible. 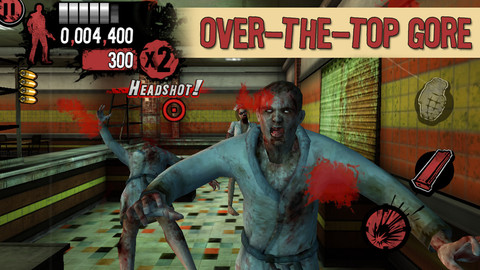 House of the Dead: Overkill – The Lost Reels is a remarkably simple game, yet it is astonishingly addictive. The control scheme is easy to pick up and is easy to use. The left side of your screen is used to aim your gun and the right side of the screen features on-screen buttons for firing your weapon, switching weapons and of course reloading. It is simple and effective.

All of this combines to create a very addictive casual gaming experience. There is an in-game store but it is never forced upon you, which is for the best considering the game costs $4.99 to begin with. All in all, it is a worthwhile experience that can be enjoyed both on-the-go and in the comfort of your own home. 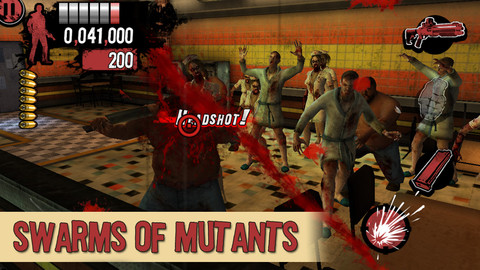 Visuals and Audio
This is perhaps one of the best looking games on the mobile platform. The visuals are crisp and detailed with a brilliant macabre atmosphere. From the in your face over-the-top zombies to the brutal violence, it is a great looking horror title that looks for the fun in the horror instead of the scares.

Perhaps my favourite part of this game is its soundtrack, an excellent composition of light-hearted gleeful tracks that does all the heavy-lifting in terms of tone setting. The music alone tells you immediately, that this isn’t a game out to scare you, it is a game that wants to entertain you and that it does. 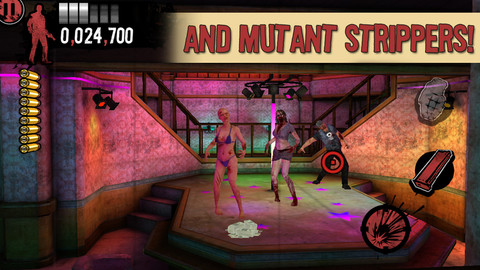 Overall
It is hard to look past House of the Dead: Overkill – The Lost Reels, it is quite simply one of the best games on the crowded mobile gaming platform at the moment and earns every cent spent on it through sensational gameplay that is as addictive as it is fun. This is not a game to miss for your mobile, it is worth the price tag. Whether you are a fan of House of the Dead or just looking for something fun to play, journey into the House of the Dead. If these reels were lost, then this game is one hell of a revelation.