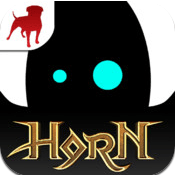 Zynga partnered with game developers Phosphor Game Studio to publish Zynga’s first console quality core game. Phosphor Games Studio is already experienced with both casual games in the form of Kinect Adventures and the core game market through hit iOS action-adventure game Dark Meadows making it a perfect partnership for Zynga. Horn is an action-adventure game in the spirit of Legend of Zelda and Infinity Blade, can it draw the best of both worlds?

Horn is loosely based on the stories of King Horn, a Middle English tale from the thirteenth century. Players take on the role of Horn, a young blacksmith’s apprentice who wakes up one day to find his village in ruins and all the living beings turned into giant magical creatures called Pygon. Horn manages to narrowly defeat one and takes the loud mouthed, abrasive, and foul tempered head with him on his journey to lift the Pygon curse from the land. 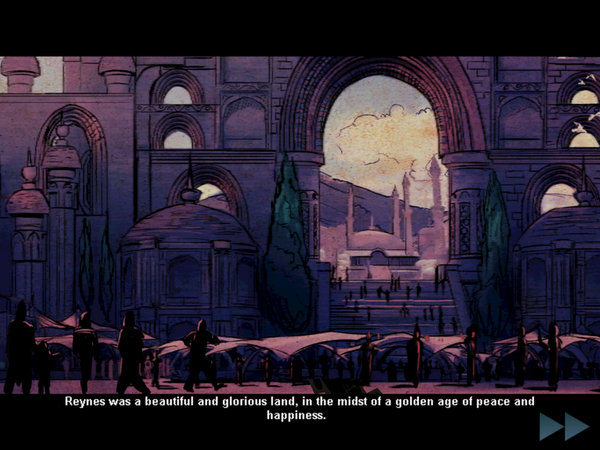 I found the story to be interesting and well written even though the story follows the traditional young man who is the only hero who can save the world archetype. The plot is moved forward through cut scenes that look like they came right out of a child’s storybook and in conversations between Horn and his contemptuous sidekick. Those conversations are witty and extremely funny; however I only wish there were more. It seems like these conversations are only triggered in at specific times in the levels. It would have been nice to hear more banter between Horn and his side kick to fill some of the quieter moments in the game.

Horn takes combat elements from Infinity Blade and adds adventuring mechanics from Legend of Zelda. Those looking for a wide open world to explore will be disappointed, as Horn is actually a very linear game. Players who are willing to explore not far off the beaten path will be rewarded with small areas full of bonus Pygite and Cores.  Puzzles are just challenging enough to be interesting without being head banging annoying. 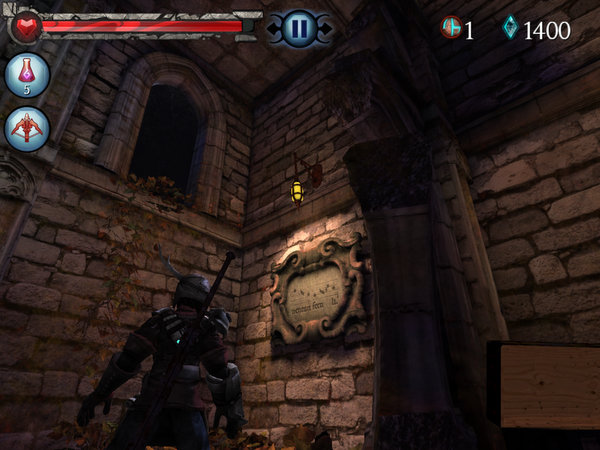 The combat is a slightly modified version of Infinity Blade’s slashing mechanics. There are buttons for dodging left, right, and up, drinking health potions, and a special bomb potion that will momentarily stun the enemy. Each enemy type has a core that can be attacked to inflict extra damage and specific attack patterns that need to be dodged. Each fight is judged out of five stars and the monetary reward is given out accordingly. Sometimes the five star rating feels a little arbitrary as there has been times I downed a monster in what I thought was record time, destroying the armour that hides the weak point and mercilessly beating down my opponent without taking any damage yet only being rewarded four stars for the fight. It would be very nice to see a minimum score required for a full five star rating so I could compare my performance against the expected five star performance. 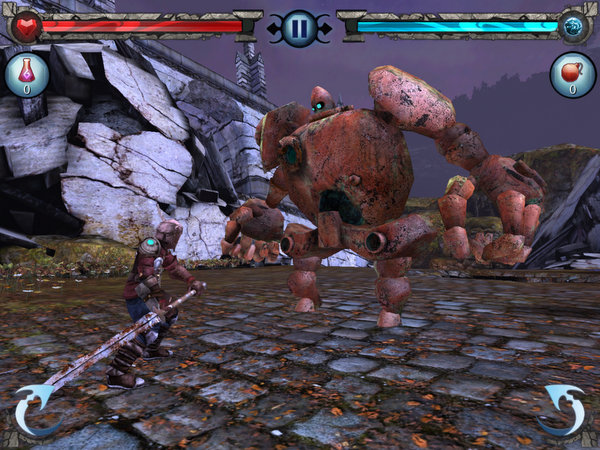 There are plenty of weapons and items to craft and use in Horn. Alongside the two types of potions and Horn’s arm mounted crossbow, there are four subtypes of weapons to craft, swords, axes, war hammers, and long stick based weapons. Initially, only three of each type of weapons is available for crafting. Additional blue prints will need to be found, scattered across the world or purchased from the in game app store. Extra costumes, Pygite, and Cores can also be purchased through the in game app store for real life currency, although the game paces itself perfectly that it is completely unnecessary to purchase anything from the store to enjoy the game.

The controls are well implemented in Horn. Tapping moves Horn from place to place to place. The game is extremely responsive to tap commands. I only wish that there was an option to increase the size of certain UI buttons. Playing on an iPad can cause the dodge buttons to be too small to use comfortably at times. 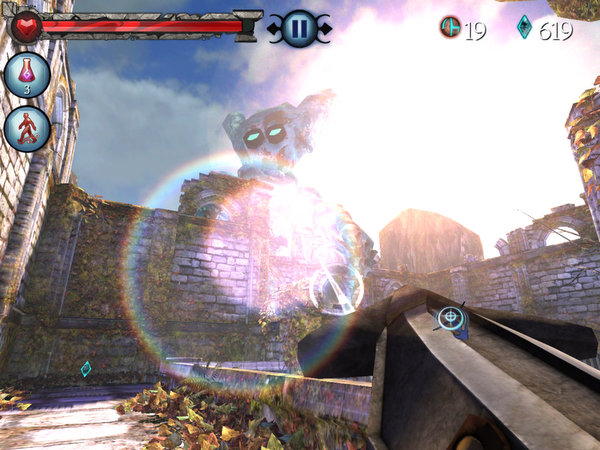 I did encounter a few bugs in Horn including falling through the world, getting stuck in places and unable to move, and the game completely freezing. Thankfully these problems are few and far between. Levels are short enough that restarting the game is not too painful. Additionally, replaying the bugged area did not cause repeat errors.

Horn is a beautiful game. The graphics take full advantage of the new iPad’s Retina display and runs without any slowdowns. Unfortunately there are clustered areas of the game can become a little visually repetitive. Although each zone is visually distinct, playing through each zone involves seeing what looks like the same dungeon over and over for six missions. The animations are well crafted and realistic. Horn is able to smoothly transition from running to climbing and back again.

The art style used for Horn is extremely traditional and reminiscent of a slightly more muted Fable. Earthy tones are heavily favoured in the colour palette. The cut scenes are animated like the storybook portions of the Shrek franchise with lots of 2d paper effects. 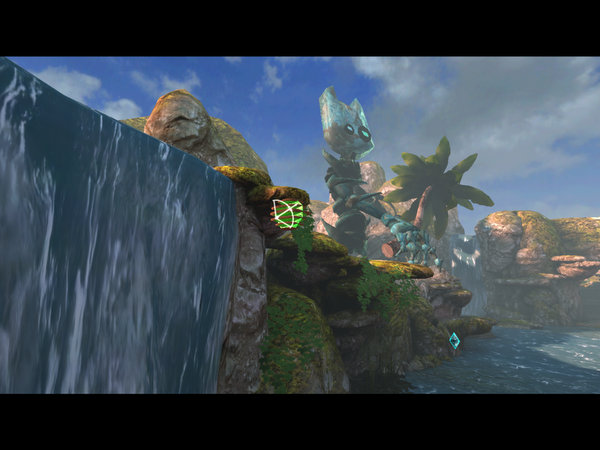 Horn is a fully voice acted game with a wonderful score and great sound effects. The voice acting is top notch with believable voices and strong acting performances. The score is worthy of a big budget console title. It provides the right amount of tension and helps create the whole Middle English fantasy theme. The sound effects are also well done. There are lots of ambient sounds to help immerse the player in the environment. Sound effects are varied and combat sounds extremely deadly with crushing blows and singing sword slashes.

Although plagued with a few technical bugs and small wish list of minor features that would make the game better, Horn manages to be an excellent effort from Phosphor Game Studio. Although not a perfect grand slam for publisher Zynga as their first foray into the core gaming market, Phosphor Games Studio delivers a solid home run by mixing the tried and true Infinity Blade combat formula with console style character driven adventure games. Priced at the same premium $6.99 price point as Infinity Blade II, Horn is worth the purchase thanks to a tight audio/visual package, strong gameplay, and entertaining story.