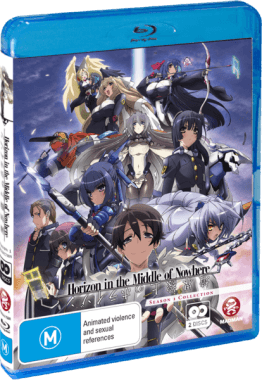 Overview:
Horizon in the Middle of Nowhere is one of the more bizarre entries into the anime medium in the past few years with a plot rich with oddity, a colourful cast of characters that just keeps expanding with every passing episode and a setting that is as unique as it is deep. All of this combines to create what is an all-round raucously fun anime series the likes of which haven’t been seen in quite some time. Its many things but above all else it is uniquely Horizon in the Middle of Nowhere. 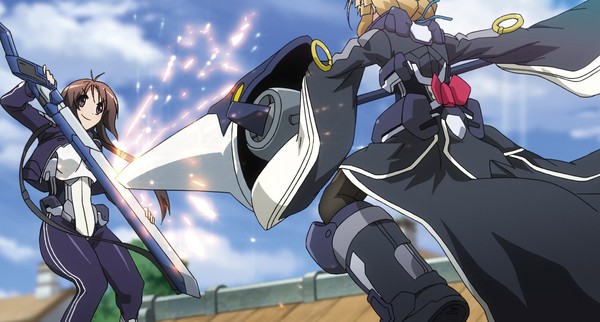 The cast of Horizon for the most part appears to be a seemingly random selection of a number of different anime archetypes, yet in spite of that it does well to develop these characters beyond just that. This series features an immense cast with each playing a part in the rich mythos of the world of Horizon. A world which might I add is incredibly well detailed for a mere 13 episode season of anime. The history behind this setting is well-realised – though it can feel convoluted at times – Horizon does stick the landing however and conveys a world and its inhabitants that you will grow to love (and for some – hate).

Horizon’s plot revolves around a future in which Earth has been devastated by some unknown cataclysm which has effected the entire world except some portions of Japan. Society took to outer-space but couldn’t make it that far due to unknown causes instead they now exist in the sky an attempt to repeat history in order to find a solution to the world’s predicament. It all seems so very serious, yet Horizon is often filled with quite lighthearted moments to juxtapose its more dire situations.

There is really a lot to this anime series and you get the sense that this first season alone barely scratches the surface of how vast this story is. This particular season ends in the middle of all the action, but one can rest easy knowing that Madman have the second season lined up for release which continues where this one left off.

At its core Horizon in the Middle of Nowhere is a story about fate and the way it ties us together. It may not be the most straightforward series with so much going on at any one time, but it with sheer bombast and unbridled energy it blasts through some very dense material in a way that gives you the essential information while focusing on the more exciting elements of the series.

This is a series that owes a great deal to its pacing and energy. Without either of those things this series wouldn’t be very good, in fact it would probably be a tedious mess of lengthy explanation and political filibuster, which is everything this series shouldn’t be. So it really goes without saying that Sunrise did an excellent job highlighting the more interesting elements of Horizon while tempering a lot of the banal exposition beneath the action and excitement that makes this series so fun. 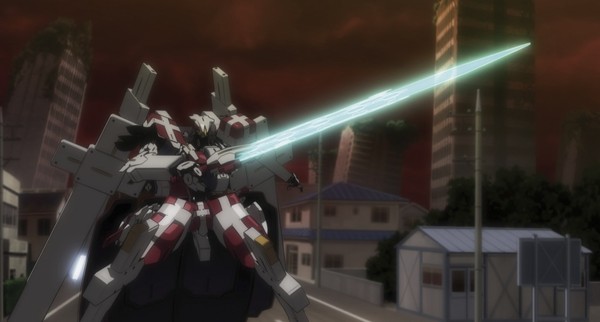 Visuals and Audio:
Sunrise have a habit of creating some of the most incredible action sequences in anime and they have not missed a beat with Horizon in the Middle of Nowhere. Beautifully animated, Horizon is a pleasure to watch in all regards. This is slick, fluid and electric animation at its finest. The best part of it all is that the standard of animation is upheld throughout the entire course of the season without a drop in sight – A hallmark of quality by all counts.

The artwork in and of itself is gorgeous, even being awe-inspiring at its best. Horizon’s character designs are all very distinctive and appealing in many ways. The cast is as previously mentioned incredibly varied and there is a lot of memorable designs here.

In terms of music, Tatsuya Katou no doubt has people lining up for his services after his work on Horizon in the Middle of Nowhere. He has composed a beautiful soundtrack that compliments the series perfectly. The opening and ending theme songs for Horizon are also notably good and well suited to the themes represented in this anime.

This release happens to feature an English dub which was produced by Sentai Filmworks and I must say they have done an admirable job at transitioning this series into the English language, with impressive performances across the board all of which adds further evidence against the ‘dubs suck’ stigma that some anime fans have grown attached to. Sentai have really done a great job with casting for this series and the performers an excellent job portraying these colourful characters. 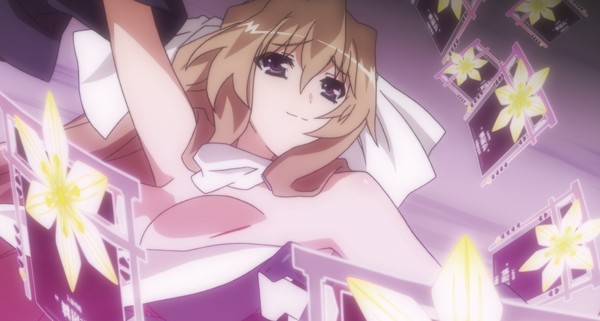 Extras:
This Blu-Ray release of the first season of Horizon in the Middle of Nowhere is an impressive one to say the least. It features dual audio as well as a number of bonus features for you to sink your teeth into. With a special video that details the history of the world of Horizon in a school-like lecture, clean opening and ending themes, promos, commercials and of course your standard trailers.

It must be said however that Madman have made a few errors with the bonus content on this release. Usually when they bring over a North American companies product they tend to put in more effort to rebrand it as their own, sometimes creating their own menu screens etc. However with Horizon on Blu-Ray they seem to have simply directly used Sentai Filmworks version. This is heavily noticable due to the trailers section of the special features being titled ‘More Anime of Blu-Ray from Sentai Filmworks’ which is somewhat troublesome for those who have no idea who Sentai Filmworks is due to their lack of presence on the packaging what so ever. It was just something small that I felt could have been fixed, but it doesn’t affect the overall product. 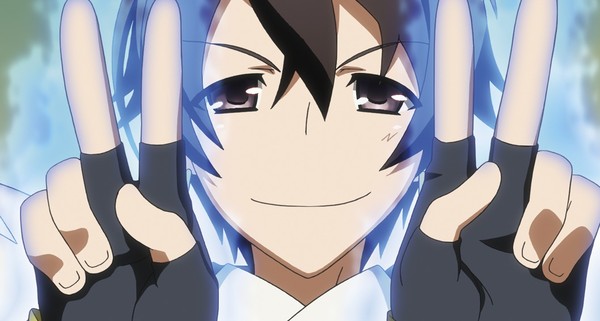 Overall:
Horizon in the Middle of Nowhere is a wildly imaginative anime series that has a little something for everyone. It is hard to find an anime series that is this much fun. Although it can border on convoluted at times, it is a thrill ride that maintains a sense of purpose and direction from start to end. If you are looking for a fun watch with a level of depth that you don’t find too often in anime then look towards the Horizon in the Middle of Nowhere.