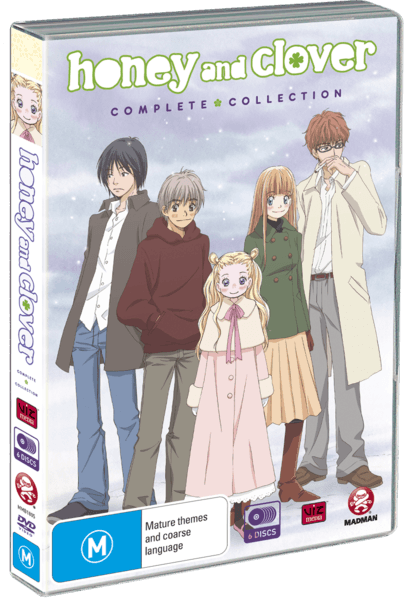 Honey and Clover is described as a series that involves a rather confusing love triangle and a strange sense of humour. Fortunately, the series is not as confusing as any and all media will portray it as being, unless of course, you have the intelligence of a plank of wood. The complete series is 36 episodes and two bonus episodes in length, making this a pretty decent looking package for the Anime aficionado. A plethora of extras and a decent art-style are only bonuses at this point.

The story in Honey and Clover Complete Collection follows a small group of guys and girls who are connected to each other through their tenure at an art school. However, what puts the story into motion is this one new student named Hagumi, who enrols at the school and immediately gains the attraction of one of the male main characters named Shinobu. Hinobu isn’t the only one with attractions to the opposite sex though, it seems that almost everyone in this series is attracted to someone else of the opposing gender. However, the attractions are never really mutual and are all connected in a kind of love-triangle, which can make for some interesting drama. 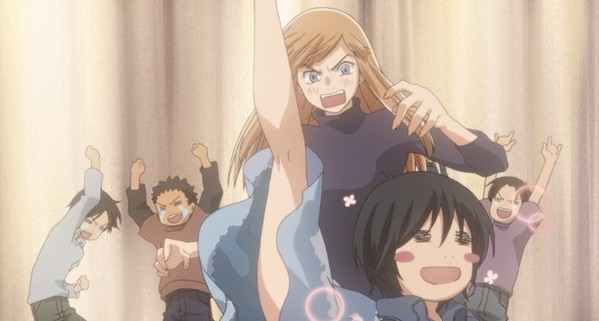 My most favourite part of the story though, would have to be the characters themselves. What I mean by most favourite isn’t so much that the characters themselves are good, but it’s more that they fit some kind of archetype designed to attract certain viewers. For instance, we have the aloof guy that everyone tries to appease, the shy, yet prodigious girl that nobody should have any reason to swoon over yet they do, that one plain guy and a few others. I liked this because it was completely rediculous to have these kinds of characters in the first place. No one person is one type of behaviour their entire lives, but for some reason these guys and girls are just that.

The series is meant to be a comedy series, but really, aside from a few laughs, the show just seemed pretty flat. I suppose one must first understand the source material or something, but really, the comedy didn’t work for me. Maybe someone with a much better sense of humour will appreciate the comedy, but I wasn’t too impressed.

Visually speaking, Honey and Clover Complete Collection was a step back into the days between hand-drawn animation and CGI. The early 2000s era of astonishingly great animation, just before the rise of CGI found today. 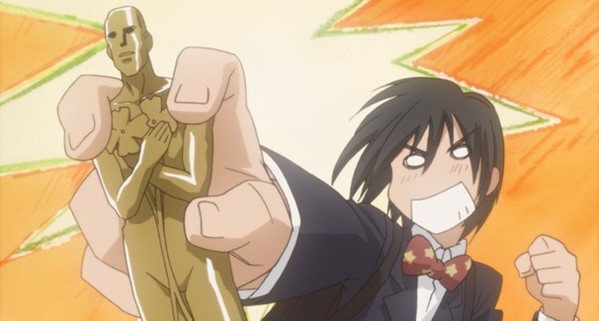 What I really liked about this series was it’s character designs. Each character has a kind of plain look, while still retaining an air of mystery, or even a little style that separates them from most Anime characters. The best way to explain it is that these characters look plain, while most other anime go for grandiose designs that sometimes fail to deliver.

Another thing that I really liked about this series was that all the backgrounds and the like had that hand-drawn and detailed look that seems to have dropped off in modern times. I don’t know why, but in one of the opening scenes we see the complex that the main characters are residing within and it immediately filled me with nostalgia because of the way it was drawn.

My one major gripe with the art is the character Hagumi. She is played up to be this cute character and is supposed to be of an adult age. However, she looks like she is, at the most, 12 and all the “cute” things that she is seen doing throughout the show annoyed me like hell. 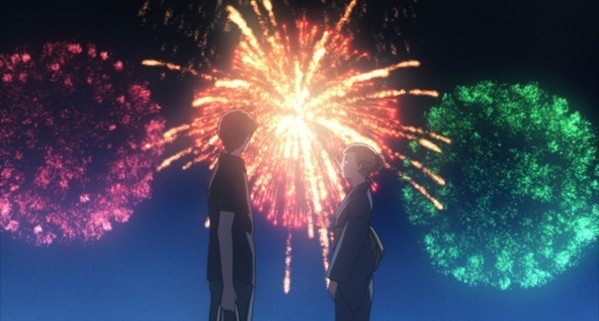 The opening animation for the series was incredibly well done and is a complete change of pace from the usual hand drawn anime opening. A relic opening such as this one can only serve as a reminder to the creativity once shown in a now stagnating industry.

Honey and over Complete Collection has a rather decent soundtrack attached to it. However I found the first two opening and endings completely annoying, at least on an audio level. This also applies to the second opening and closing.

What made things a little unbearable with the English soundtrack was not that the English actors didn’t do a good job (they fit the roles just fine), its that it had this kind of metallic background ring to the audio which was not present in the Japanese language option. 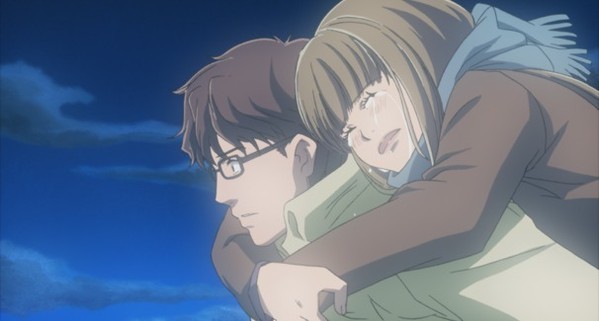 The one character who’s voice I found most annoying on both audio tracks was the character Hagumi. She has to be the most annoying character in the entire series. I think that they were going for a kind of cute sounding voice, but they completely missed the mark and left her sounding like a long annoyance. To make things worse, she is one of the main characters of the series and so she gets plenty of screen-time as well.

Now the Extras are really what make this package worth getting. The series boasts an amazing Extras set which are sure to take up the majority of your time that isn’t set aside for watching the series. The following is a list of extras as labelled by the cover –

This is probably one of the more extensive Extras list that I have seen and they are sure to add a plethora of value to this series. 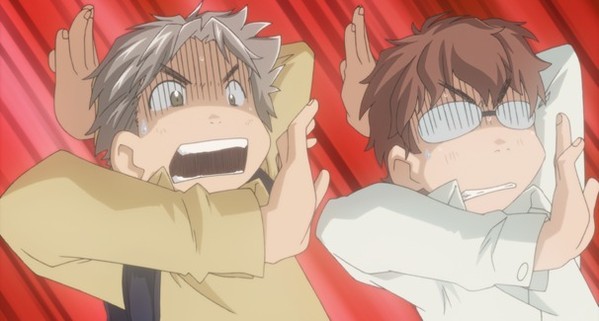 Aside from a few good points and a copious amount of extras, I’d definitely recommend against getting this series if you are not partial to romance anime series. The whole concept, I felt was dealt with in a way that was inferior to other productions in the same genre. However, If you’re looking for a series that has a good value for money, this one would probably be your best bet. The series bolsters a plethora of extras, 36 entire episodes with two bonus episodes and a storyline that will keep you engaged, even if one particular character is annoying as crap.

It’s completely up to you on whether or not to get this series. I personally didn’t enjoy it, but I can see where people who enjoy these kinds of things would.