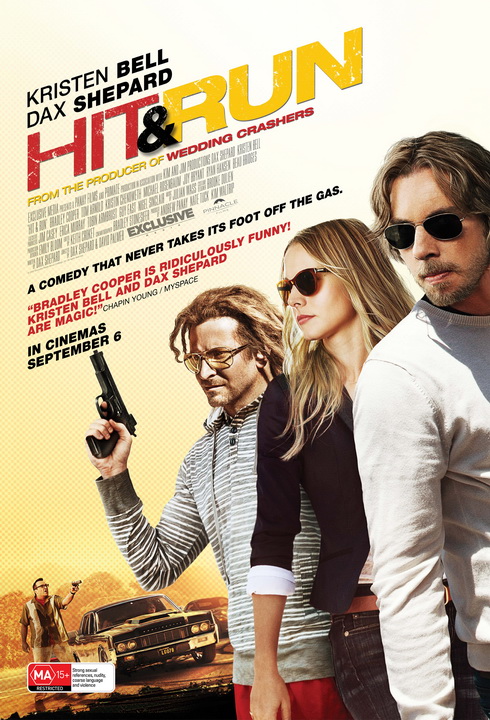 Kristen Bell and Dax Shepard star in a film that they both produced about cars. Kristen Bell must quest to LA in order to meet with a University in order to head her own University course. The first of it’s kind in-fact, one in conflict resolution. Dax Shepard plays as an aloof alpha-male in witness protection that is dating Kristen Bell and chooses to break his witness protection contract and escort her to LA. However some stuff happens and Dax Shepards past comes back to haunt him, setting the film into motion.

The story in this film isn’t really anything special, but neither is it useless. It wasn’t strong, nor was it weak. It just was. 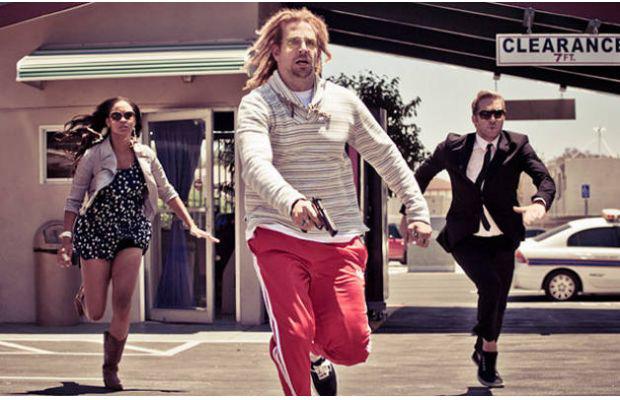 However, it did have some pretty good progression and the characters made it really fun. For instance, the US Marshal character is your standard slapstick comedy character, whilst the main male character is your typical aloof alpha-male type character. I also really enjoyed Kristen Bells portrayal of every female ever.

Quite often the story will do something to turn a particular trope on it’s head. For instance a particular characters vehicle breaks down and instead of the main characters providing them a lift, they just leave them their to deal with their own problem. I quite enjoyed this.

I also really liked the way the antagonists of the film were portrayed. They’re kind of really stereotypical, but are also incredibly believable. Although, I feel that they were just a way to have a pretty cool looking car chase scene within the feature. 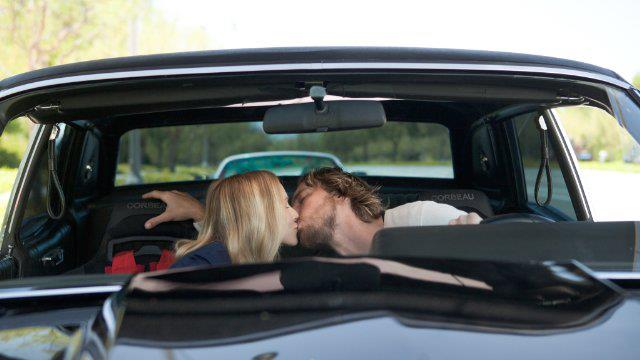 Actually, that’s really what the story felt like it was. It felt like it was a way to get the main characters into impressive vehicles and have them drive around on screen. I’m not going to say that I know what each car was, because I have no idea, but they were all pretty awesome and appealing to people who are into a wide variety of vehicles. We had a classic muscle car, a modern sports car and an off-road rally car of sometype; and that was just with the protagonists.

The visuals in this film worked quite well with the movies theme and story. In some cases, it emphasised the humour in a scene, whilst in others it showed how severe a certain action was being portrayed. The visuals also carried the unique feel of a character, which is something that is important for films to convey.

After watching this film, I would definitely say that it isn’t something that children should be seeing alone simply because some potentially disturbing scenes are played up for laughs. For example, there is a scene where one of the antagonists of the film are in a grocery store and are convey their discomfort in a particular patrons choice of dog food. A scene later they are in a back alley and some potentially disturbing events happen that is played up for laughs. Black humour visuals are fine, and I may have enjoyed it a little, but anyone that isn’t adult or adult-like may get the wrong impression from the way the scene was conveyed.

Touching on the point I made earlier about the characters and their visuals, you really get a sense for what kind of a person each character is by the way that they’re dressed. For instance, the major antagonist is dressed like your stereotypical douchebag. After I mentioned the last word on the previous sentence, you probably pictured something like: tracksuit pants, sunglasses in some flowery colour and a hairstyle not native to his culture. This was the major antagonist. 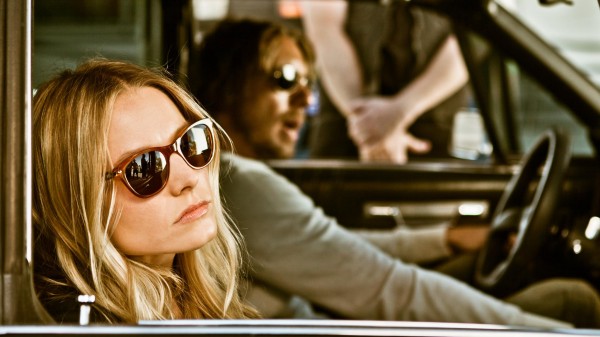 Speaking in an overall manner, the visuals matched the tone and feel of the film quite well. Also, as an aside, Kristen Bell is incredibly cute.

Whomever it was that wrote the script for this film is probably incredibly good with women. Or a woman themselves. How did I come to this conclusion? So many scenes in this film had every female member of the audience cracking themselves up whilst leaving most of the male members of the audience scratching their heads.

I also really liked the delivery of the jokes in this movie. I think that by having them delivered in a much more realistic fashion really added to the level of gravity and comedy of a particular situation. I think a lot of the scenes resonated with people in a ‘I’ve gone through that before’ fashion which leads to a better and more hilarious result.

The movie also had some decent music choices which has only added to the feel of the film. I feel like each song was carefully selected instead of going with whatever was popular at the time.

Hit and Run is a film that will satisfy those that like to watch movies. It isn’t anything that is a must-have or a go to immediately see, but anyone looking for a fun film for a group of friends or to sit at home and watch with your family (with the kids in bed) will find that this is a movie that they will want to have playing.