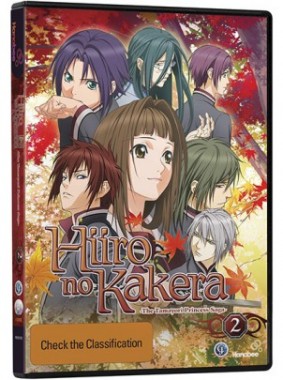 Overview
Hiiro No Kakera is one of those anime series that you’ll either love or hate. There really isn’t any in-between for this series. It aims very specifically for a certain audience and doesn’t even consider anyone outside of it. In that regard, it is an anime that will no doubt be love by those in its target audience, but absolutely abhorred by those that aren’t.

So what is this anime’s target audience? Well to put it quite plainly, this is an anime for women. There is very little here that would appeal to the male gender, but that doesn’t write this off as being a solid series, because for what it is, Hiiro No Kakera isn’t half bad. With its second season Hiiro No Kakera doesn’t exactly shake things up too much, but it does continue the tale of Tamaki and her horde of handsome men in an intriguing way, expanding upon the first season but not improving upon it. 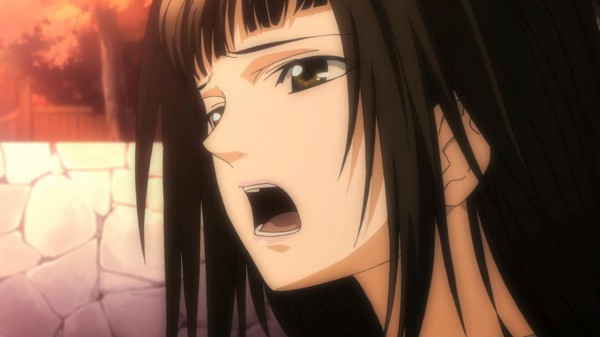 Story
Now that she is the Tamayori Princess, Tamaki comes to discover the difficulties involved with being royalty. The tale progresses quite nicely adding layer upon layer with each passing episode. It ultimately all builds to a somewhat predictable climax, but it will no doubt satisfy the die-hard fans of the series.

The series stays very true to its otome game roots in this second season, with the majority of the drama stemming from the numerous romantic options available to our heroine. Unfortunately the majority of these potential romances are dead on arrival due to poor character development and lack of chemistry between the charaters involved.

As far as action goes, Hiiro No Kakera is somewhat lacking in this regard, often lacking appropriate tension to the proceedings. It is a problem that underlines this entire season unfortunately. The lack of tension and dramatic urgency causes many of the most important to fall flat on their face. It is a disappointing story-telling effort all in all but it may just owe itself to the otome game it is adapting.

The lack of tension and urgency is definitely odd considering the destruction of the world is at stake in this season. The overarching plot-line is weak at best due to sloppy pacing that hampers the entire experience.

Ultimately if you enjoyed the first season of Hiiro No Kakera, the second season is likely to be to your interest. Despite that, it must be said that nothing has been done to improve upon the highly flawed first season, with many of the same issues rearing their ugly head once more. This is definitely one best left to the die-hards. 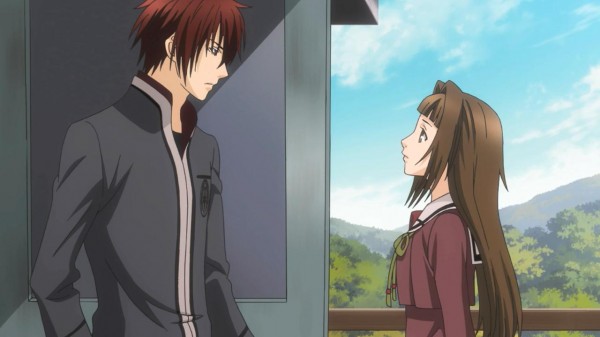 Visuals and Audio
The facet in which Hiiro No Kakera truly shines is its impressive animation work and artistic array. The colour pallete here is absolutely gorgeous and elevates what would otherwise be a very bland anime series. The uplifting vibrant visuals give life to this series and make it a memorable aesthetic experience because of it. The true highlight here is in the aesthetics.

As for the score, Studio Deen have done an admirable job in creating some solid tracks, however the timing of the incidental music is anything but precise. The arrangement is sloppy at times and often doesn’t fit the mood of the scene appropriately. It is a small thing that can cause a domino effect in an anime series and it definitely does just that in Hiiro No Kakera.

This release from Hanabee features both a Japanese language track as well as an English language dub. The English dub which was originally done by Sentai Filmworks is sadly lackluster in nearly every regard. The performances are weak across the board and at times it feels as though the voice actors are bored with the series, resulting in tired sounding dialogue and stiff exchanges. Thankfully the Japanese audio track is a pleasant alternative featuring a solid cast that seem genuinely interested in the work they are doing. 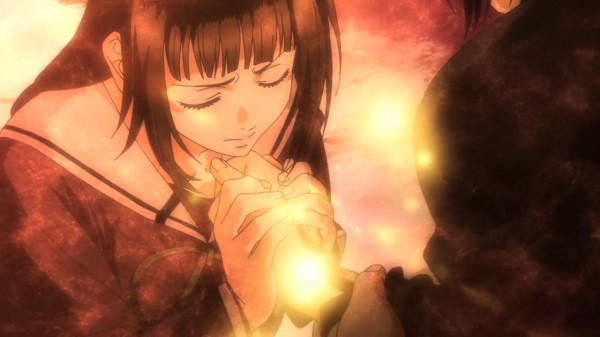 Extras
Hanabee has done a pretty good job on this release of Hiiro No Kakera Season 2. The release features both English and Japanese audio tracks which is always a plus. It also features clean opening and ending theme songs. However the real highlight as far as bonus content goes is the image gallery that features some art from the series. This all amounts to a solid release for the series, one that is well worth the price tag for those interested in it. 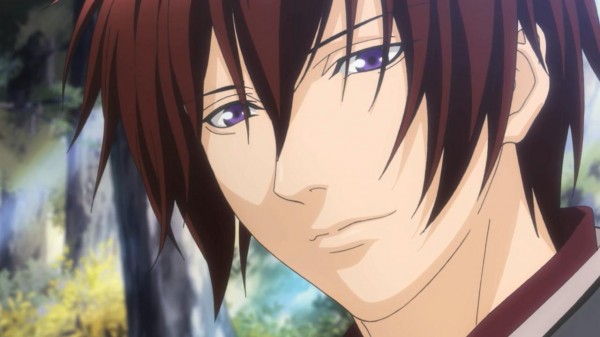 Overall
Hiiro No Kakera is as polarizing as it is relentless. Over the course of two seasons it has been relentless in its consistency. It commits to itself completely, glaring flaws and all. It is that kind of unwavering commitment to its formula that makes Hiiro No Kakera so divisive. It doesn’t try to branch out to other audiences, it doesn’t try to improve upon its flaws and it certainly doesn’t seem to care one way or the other.

This second season doesn’t do much to help fix the problems that plagued the first season of Hiiro No Kakera, but it does manage to expand upon it in some ways. Unfortunately it is still a series that is really best left for the ladies. Even then the series is fundamentally flawed in many ways, the biggest of course being the haphazard storytelling that can’t seem to decide whether it wants to be a straight up romance or a supernatural action series.

All in all this is one hell of a mixed bag that you’ll either love to bits or hate with a passion. I wouldn’t recommend this to the male audience as it features a predominantly bishonen cast that no man on earth could find themselves relating to in any way. However it is really just an idealistic tale from a woman’s perspective of a world filled with handsome men each of whom embody what they believe is the ideal man. And that is really all that Hiiro No Kakera amounts to after two seasons, idealistic and shallow.