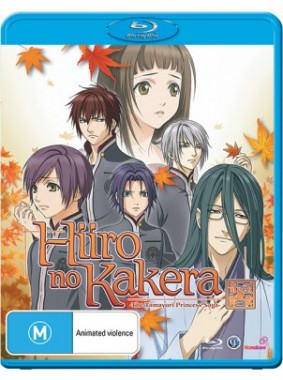 Overview:
Hiiro No Kakera was first introduced as a Visual Novel created by Idea Factory that was released on the PS2. The game and, evidently, the anime were both created to target teenage girl viewers this is definitely shown through the short series. Mixing a story revolving around an ancient evil being awaken and the genre of romance seems quite odd and, yeah, it is but for people that do honestly enjoy this type of thing I can see it being somewhat enjoyable. 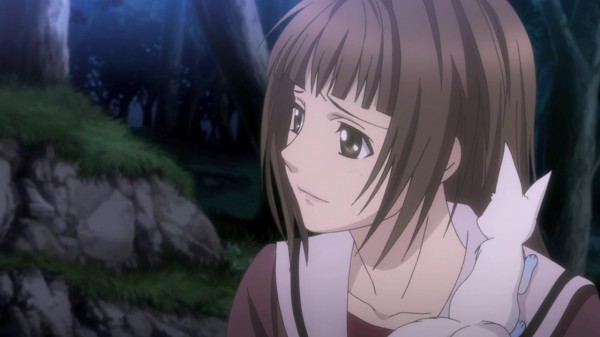 Story:
The story revolves around a young girl, Tamaki, who is called to a village by her grandmother with the intention of making her the heir to the Tamayori princess throne, so to speak, the Tamayori princess is the lead protector of the almighty sword Onikimaru that, if released, can bring about the end of man. Tamaki, after taking on the role, is then accompanied by 5 male, let’s say, security guards who stick with her day and night, willing to give up their lives for her in the hope that they can help her keep the sword sealed. After a little bit of no character development a group called the Logos begin to attack the 5 seals that bind Onikimaru, one at a time the seals are broken, the artifacts withing them stolen and the lead group being left battered and bruised. The battles escalate bit by bit as the seals continue to be broken and the Logos continue to seem to get stronger while our friends in the main group seem to get weaker or at least more naive.

It’s safe to say that while the story IS based around the protection of the sword and the Princess herself most episodes follow the same kind of unnecessary structure; happy, almost friend-like banter, flirtation scenes with one of the 5 male leads, Tamaki doubting herself, Tamaki promising that she will become the greatest Tamayori Princess and save the world then possibly a fight scene which doesn’t allow for much growth. Not to mention each episode ends with a male from the cast basically flirting with the viewer much like what would happen if you were playing a dating game which makes this anime seem tacky and really all about taking the money of young girls. This structure allows for no real development, not of character and not of story, when the Logos tend to attack one of the seals it kind of just…happens…there may be some forewarning but usually it’s just a “Oh guys I had a premonition, let’s go now!” and that would have to be about 14 minutes into an episode leaving little time for anything big to actually happen. 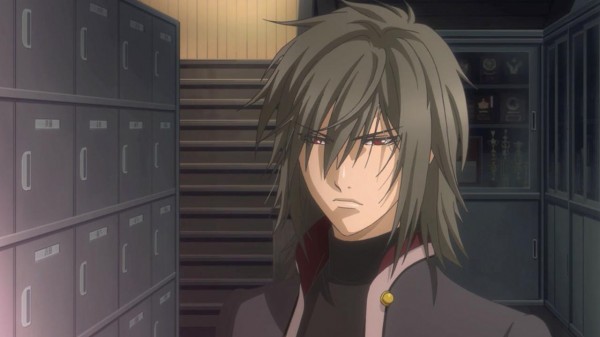 The characters themselves are generic and don’t seem to change or evolve and I find myself not caring about what happens to them, mostly because they have unappealing personalities and traits but also because nothing ever really happens to them, after a big fight and a visit to the hospital they were up and running the next day giving the reason “We guardians are different to humans” which makes battles seem underwhelming knowing that these characters can bounce back in a second. It was a normal, cheap setup of characters; The smart one, the sensitive one, the tough one, the loud one, etc. They even had a couple characters that were introduced later on in the series yet served no purpose at all in the coming events.

Look I seem to be really tough on this series and, yes, it does get somewhat epic nearing the very end of the story with big fight scenes and the impending doom of the earth, trust me it seems to get good at around the last 2 episodes, there’s a lot of action and probably more development in an hour of anime than the entire series but I feel like 11 episodes in an anime spanning 13 episodes is just too late to be kicking it into overdrive, not even that, to be kicking it in at all. The back story is something that has been done before and can be done again brilliantly, I happen to love ancient folklore stories modernized and I feel like this didn’t even try to do that, no, not that they didn’t try, it was more like they spent too much time showing the characters flirting than building upon story which, I suppose, for the target audience that would be the desired style. 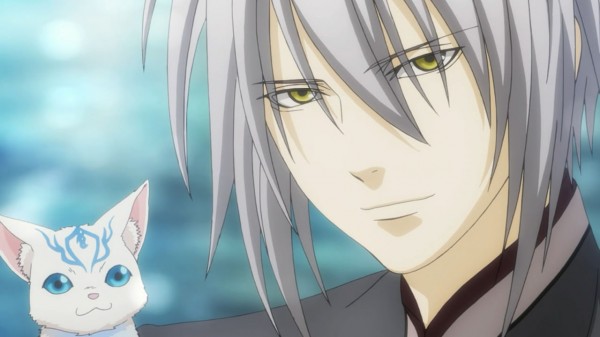 Visuals:
The animation in this was actually really good. It was fluid most of the time and not often too choppy. Obviously the effort for animation wasn’t put in during the talking and flirting scenes but they did extremely well when it came to the action scenes, it seems as thought they put a great deal of time into it. The characters looked good, the style of art was great if not super effeminate and the costuming was actually really appealing to me with the black school uniforms looking more like fighting gear and the military-style clothing that the Logos had. There was a fair bit of CGI animation mixed in with the traditional that seemed good…at first. After the first few episode once that wore off it became extremely unnecessary having every generic, blob monster, enemy being animate in CGI, it seemed like a cop-out. The best thing, visually, in Hiiro No Kakera was probably the surroundings and back grounds, they were beautiful landscapes, nicely drawn, nicely animated and nicely coloured, no faults there. 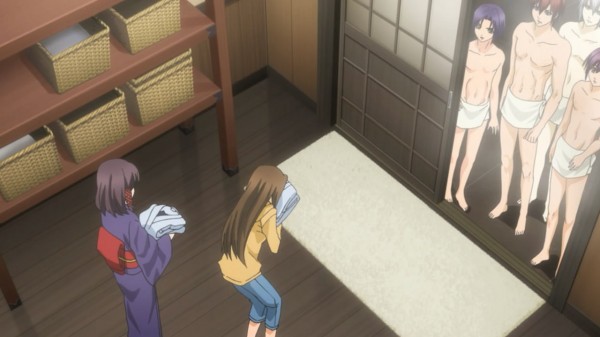 Audio:
The music in this was great, it wasn’t overused it didn’t get boring they strategically placed it and the choice was great because, although set in modern times, it took place in a village that seemed extremely traditional so the traditional Japanese-style music was a great fit. The voice acting in this somewhat varied, some characters like Tamaki were well acted, their voice wasn’t super generic and they didn’t entirely annoy me yet some characters who basically yelled every line they had in a high pitched, teenage-boy, voice got really old really quickly. I would say half the cast did an awesome job with the voices yet were brought down by other actors who really weren’t up to scratch. The dialogue also needed a fair bit of work. I’ll skip over the part where I complain about constant flirting because at this point that’s just a given. The dialogue seemed stiff and overacted in ways, the characters usually had nothing important to say and when there was something of value to be said it was always downsized by the crummy dialogue of another character.

Extras:
For a Blu-ray disc release there really wasn’t anything super excited that came as an extra to the series. What was there was artwork on the inner cover just of one of the man landscapes of the series with an episode list on the side, clean opening and closing footage, anime credits and trailers for other anime. Typical, run of the mill, extras for this release. 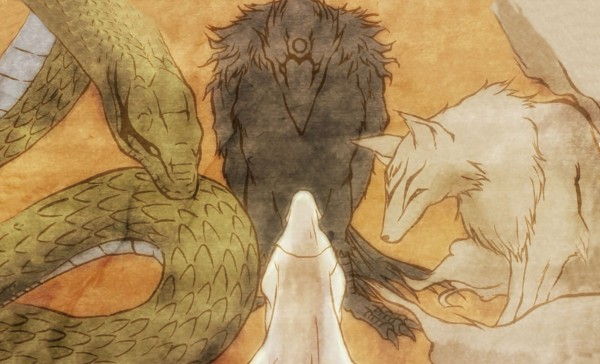 Overall:
I would NOT suggest this to any male. Period. It is very much a fan service for the ladies and, I suppose, fans of the original visual novel and fans of this type of anime. The story needs a lot of work and the characters need a lot of work but, once again, I’m reviewing this from a different point of view than the people whom this anime was intended for. I can see why many girls would be attracted to a series like this because it’s made for you, just a normal girl, to fill the spot of this powerful maiden who just so happens to be surrounded by many, many pretty boys. Even if you are a female fan of supernatural anime but aren’t into this flirty, pretty boy, fantasy stuff I still wouldn’t suggest it but for those out there who DO happen to like this kind of thing don’t go past Hiiro No Kakera because this will be right up your alley.