Long before Chris Robert’s Star Citizen crushed the record book, High Strangness was the first Kickstarted video game project on the popular crowdfunding platform in 2009. Developers Barnyard Intelligence has spent the last six years developing their homage to retro action-adventures on the NES and the SNES. The result is what they call 12-bit gaming. 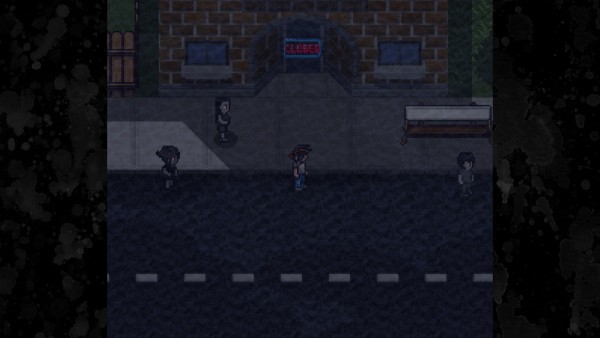 High Strangeness follows the story of Boyd. He has been reluctantly pulled on an adventure to gather several crystal skulls that hold great power and protect them from the shadowy organization known as The Keepers. They have been watching humans since the dawn of time, lurking in the background as the puppet masters. The Keepers are extremely interested in the crystal skulls that will allow them to destroy all of human kind.

The plot line is a decent take on the standard hesitant hero has to save the world storyline. The writing is a bit rough at times, due to the lukewarm dialogue and the progression of the plot feeling a little disjointed at times. I suspect part of the plot’s choppy flow is related to the short length of the game. The game’s script would have benefited from a once over by a copy editor, as some of the grammar and spelling errors take away from the game’s polish. 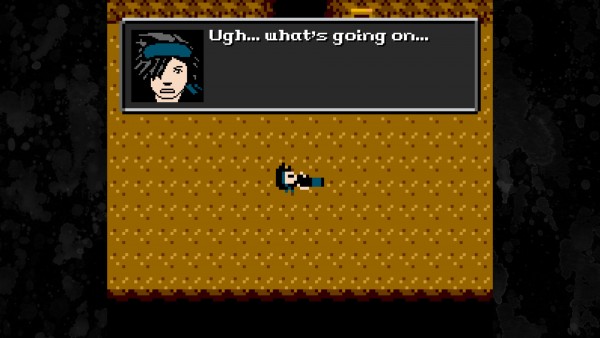 High Strangeness is really two takes on the same game, 8-bit and 16-bit. Although Barnyard Intelligence dubs their take 12-bit gaming, I feel this is a bit inaccurate as it would imply that they are hybridizing the gameplay. Instead, Boyd is able to switch between an 8-bit and 16-bit world at will. It is not a strictly graphical change as the game’s mechanics also change. In the 8-bit world, Boyd is only able use a single attack with his flashlight, while in the 16-bit world, he is able to string his attacks into a combo. The controls shift slightly to reflect the respective world, as Boyd can only sprint in the more modern 16-bit world.

I found myself spending a lot of time in the 16-bit world. Blame it on the fact I’m a child of the 90s or maybe I’m in a hurry all the time, but living without sprint is hard. Barnyard Intelligence uses some really great tricks to force players to swing back and forth between the two worlds. Environmental traps or secret paths can only be seen in 8-bit mode. The same goes with certain enemies, requiring players to dodge and weave invincible enemies while they duck between the two worlds. 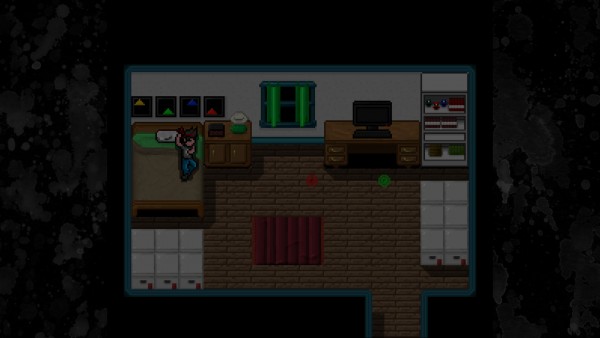 The weapons Boyd encounters are pretty well balanced. There is a good bit of variety between all the items. There is a slight exception, as I found the fully levelled CD weapon was way over powered. Once the player gets their grubby hands on it, it can generally be used to kite and kill nearly every enemy in the game without the use of any other item.

The controls has its ups and downs. Handling Boyd in 8-bit and 16-bit modes feels just like the NES and SNES. The game is definitely best played with a controller. Make sure you use the D-Pad for maximum nostalgia! The downside of the controls is that learning the hitbox range is a bit tough. There are times I felt that I successfully dodged out of the way but took damage and there were also times where I felt I should have made impact, but the enemy took no damage. With practice, I was able to get a hang of it, but I admittedly spent a lot of time using the level 3 CD item so I could do damage from a distance and avoid the hitbox issues all together. 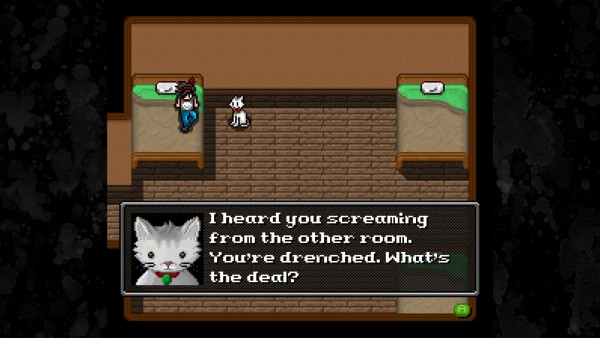 High Strangeness is a homage to titles like The Legend of Zelda. Barnyard Intelligence has done a great job paying tribute. High Strangeness would fit perfectly on a cartridge, with its pitch perfect recreation of the feel for these games. The puzzles make clever use of Boyd’s equipment and the combat is a trip down memory lane. The biggest problem with High Strangeness is its short length. The game can be beaten in three to six hours, depending on the speed of puzzle solving. 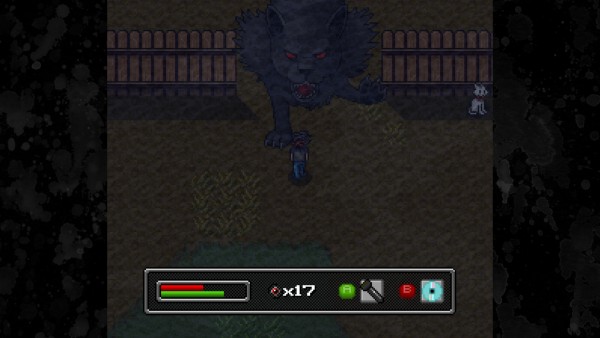 High Strangeness absolutely nails both the 8-bit and 16-bit look. Having the opportunity to view the game in both styles really drives home how much of a revolutionary leap the jump to 16-bit really was. There is a lot of attention to detail, as even the UI switches over. The cut scenes are given a modern spin with beautiful watercolour illustrations. The game is played in a very retro 4:3 aspect ratio. Players can select either a pixel perfect rendition of the game or a zoomed mode for those with high resolution screens. The excess space is covered up with a static image.

Era-appropriate music and sound effects are all present in High Strangeness. The sound effects are filled with the usual blips and bloops, while the music is all 8-bit chiptunes. The audio is enjoyable, though nothing particularly stands out. 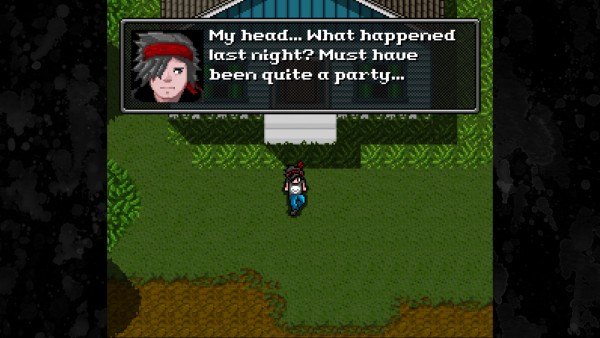 High Strangeness is a great game. It is a wonderful trip through nostalgic memories. The gameplay is solid and Barnyard Intelligence’s clever use of gameplay mechanics strikes the right balance with the 8-bit and 16-bit styles. The game could easily pass for a title of their respective eras. Although the story is easily forgettable and the game is rather short, I highly recommend High Strangeness to any retro geek or anyone looking to relive one of the most beloved eras in video gaming.