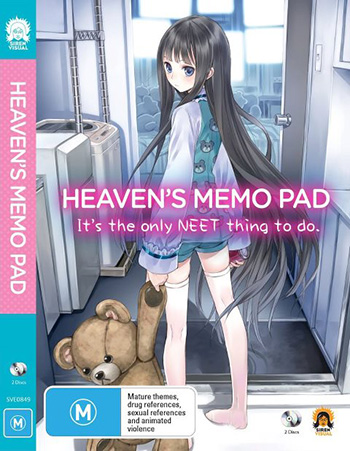 Overview
NEET. A member of society who is Not in Education, Employment or Training. Many of us at some stage in life probably know that guy, the guy who dropped out or finished high school only to do nothing with themselves. Maybe it was you or me, even. It’s frowned upon enough in Japan for there to be a term for it – a NEET. 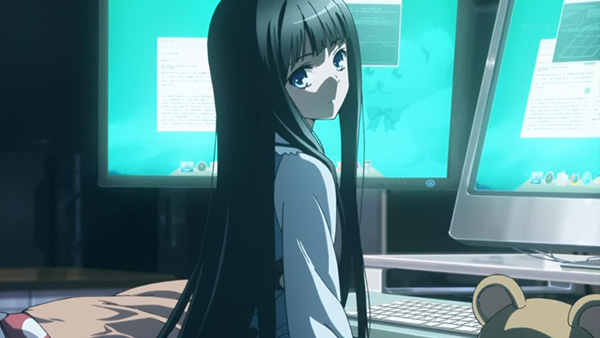 It took this long for an anime to come out and put a positive spin on the otherwise derogatory term and Heaven’s Memo Pad, known as Kamisama no Memochou in Japan, does just this. Underneath a unique take on the detective genre is a surprisingly intense narrative on the bonds of kinship, where investigative work evolves to unravel the hearts of friends-turned-enemies.

Story
Alice, a young girl and a professional shut-in. Her diet consists of leek ramen with no noodles, pork or egg and the soft drink DokuPe. She is a NEET detective, observing the outside world and solving cases upon request from her bedroom  with the help of a group of like-minded NEETs who venture out to the field. The head quarters of these NEETs is the second floor of a ramen shop. Alice also happens to be an honourary member of the local Yakuza gang. It’s all very random, but you easily accept how everything fits together. 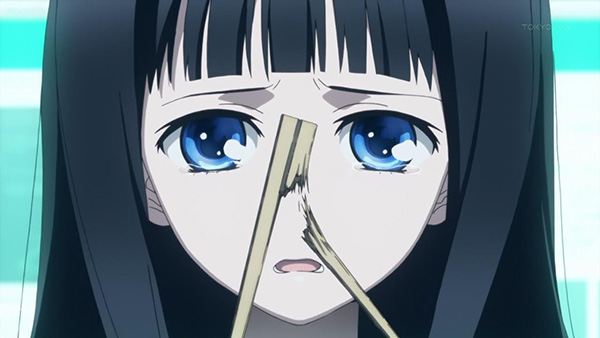 Narumi is an ordinary schoolboy who is caught up in this bizarre circle once he finds himself at the scene of a case, a classmate who was about to sell herself to prostitution. Amongst the fooling around between the NEET members and Narumi, Heaven’s Memo Pad deals with some pretty heavy issues such as prostitution, drug use and very real lessons on friendship. The story follows a set of arcs, various cases that Alice, Narumi, the NEETs and their useful gangster friends manage to solve. The protagonist is your token male anime lead, who isn’t really good at anything other than being determined and running errands. 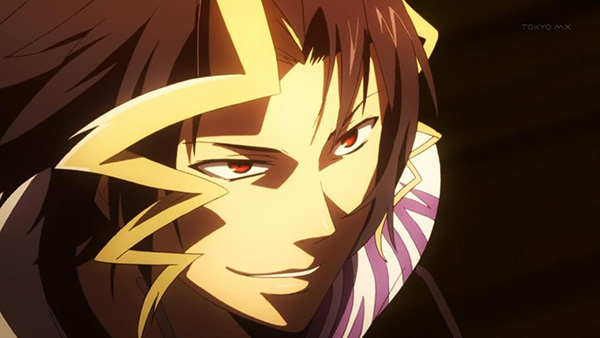 A portion of the narrative is dedicated to the leader of the Yakuza group, Sou, and a man named Renji who Narumi befriends and discovers was Sou’s best friend and co-founder of the group. This leads to Narumi (almost unreasonably) trying to reunite the two old friends despite the bad blood that had shattered their friendship. Misunderstandings, hidden pasts and sealed truths – Narumi is driven by his belief that no matter the circumstances, bonds are not so easily broken. It’s puzzling to watch a show where organised crime like these gangs are acceptable, especially when violence is used. I was wondering where the police were most of the time, despite the honour they show in their sibling-like bonds.

The story managed to stun me during the drug arc, with the suicide attempt of a character who had very little to do with the events so far. It was elegantly directed, as morbid as it was, and left me in disbelief as the ending theme rolled. A few laughs, realistic mystery and intense emotion. Stick with the series, and you’re bound to feel something by the beautifully portrayed yet open ending.

Visuals
The artwork and original character design that Heaven’s Memo Pad is based on comes from Kishida Mel, the same artist whose work many may recognise from the Atelier series of games. This allowed J.C. Staff to work from some very nice designs, and we see the better side of their animation at work here with Memo Pad. I found the background environments a treat to look at with plenty of detail in the city the series is set in. The opening animation is a work of art too, particularly the first few seconds. 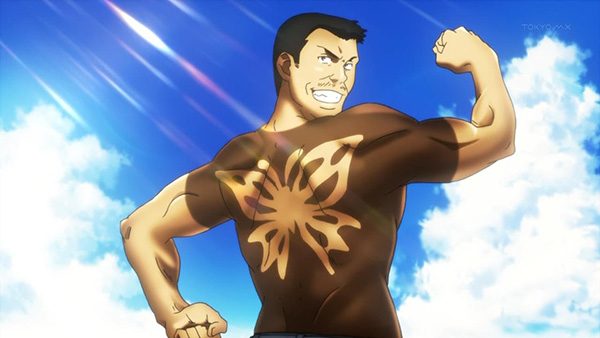 Audio
Heaven’s Memo Pad contains some very solid sound. The music was fitting to each scenario and was often a pleasure to hear. The Japanese voice-work is also fitting. The adorable Alice is complimented by the equally adorable Yui Ogura and characters such as the Yakuza members with their Kansai dialects really brought home the emotion. It’s interesting to note that the audio was set to Japanese with English subtitles by default which is unusual for a release that contains an English dub. 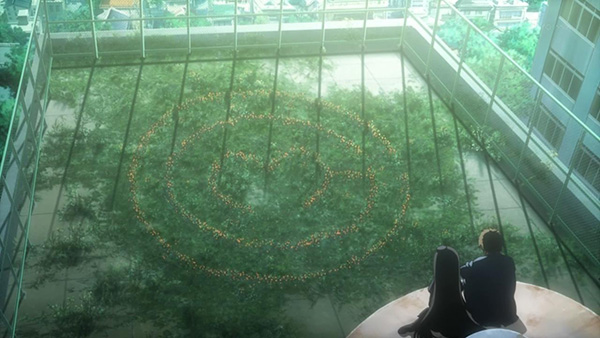 The dub itself isn’t bad and I was satisfied with how most of the characters sounded apart from Alice, who just rubbed me the wrong way. I understand they were trying to make her sound mysterious but the effect came off as really forced as words had too much emphasis on them. Alice is meant to sound like a highly intelligent know-it-all and so she talks much quicker and sharper in Japanese than in English.

Extras
This is a standard DVD release by Siren Visual with basic packaging and no extras included on the disc. The opening and ending credits are beautifully done in Heaven’s Memo Pad, so it’s a shame there’s no clean versions of them to view.

Overall
This show isn’t exactly for everyone as I can see those that crave action losing interest pretty quick. Heaven’s Memo Pad is about solving real problems for ordinary but troubled people. Despite what I felt by the end, it’s unfortunate Heaven’s Memo Pad feels unremarkable enough to not leave a lasting impact and be well remembered years down the track. 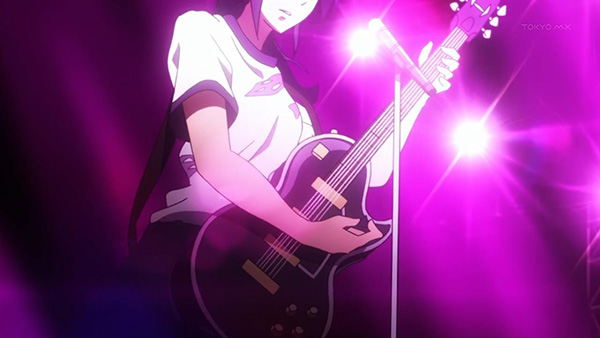 However, I feel the show seeks to prove several things at once. That NEETs aren’t entirely useless, but rather they are still people with a unique set of skills that can be utilised despite their incompatibility with the expectations of society. That bonds formed long ago can’t and shouldn’t be severed by mistakes and stubbornness fraught with misunderstandings. Finally, if the last few episodes are anything to go by, don’t use drugs.

Heaven’s Memo Pad may be a forgettable blip on the anime fan’s radar as we watch season after season and while it’s not a standout mystery anime like Gosick, I believe there is worth to be found at the closing of the final episode.