Old school arcade games being updated and shifted onto the iOS are a popular form of nostalgia these days. The handheld device offers an easy way to transport adults back to a time where things were simpler, graphics were 8-bit and ice creams were a nickel. Or something. As a 90s kid, I don’t have a fondness in my heart for 8-bit, my fondness lies with Pokemon, Street Fighter and Super Mario. But I do appreciate the difficulty that has been sucked from all games, and seeing how far gaming has come. Originally released in 1987, Head Over Heels is firmly rooted in the old school, 8-bit arcade adventure genre, so how does it transfer to the iOS? 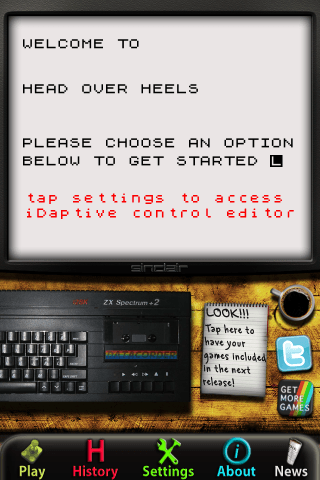 You control two different characters, Head and Heels, or Headus Mouthion and Footus Underium. These two different characters each have their own special abilities, with Head being able to jump twice a high, control himself in the air and fire doughnuts from a hooter to paralyse enemies, while Foot can run twice as fast, climb staircases Head can’t, and can carry objects in a bag. Switching between the two is as easy as pressing a button and as the game goes on you’ll find it necessary to utilise this swapping function. There are also moments when they can both be combined, with Head on top of Heels, so that they can use both powers. 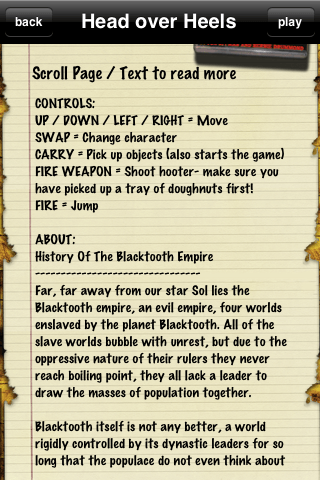 The game has a quite rich storyline and range of characters with background information. It’s quite rich in the depth of that it goes to, which is a nice contrast from what is usually seen in games these days. This doesn’t appear within the gameplay, but in a document before you start playing. It’s worth taking the time to read this through, because it is quite interesting. For instance, instead of having spawn/save points, there are ‘reincarnation fish’ that you eat in order to save your spot so you can spawn there again. 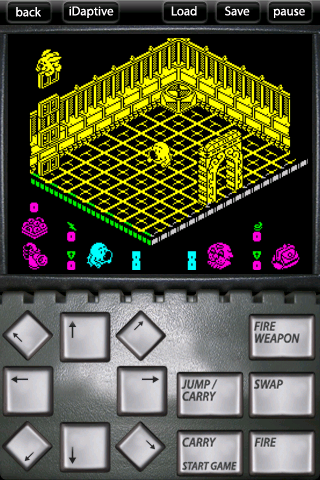 This is the sort of game that you can’t jump into and learn as you go as much as you can with most games, because there is no in-game tutorial and it isn’t as self-explanatory as usual. There are over 300 rooms and most of each room offers some sort of puzzle to solve that often requires the special skills of either of your little characters. Sometimes these require some real patience and thought to get through, and that gives the app the meat that it really does contain. This isn’t the sort of thing that you can get through quickly, but you can do it in quite a few intervals thanks to the fact that the game reaches natural pauses. 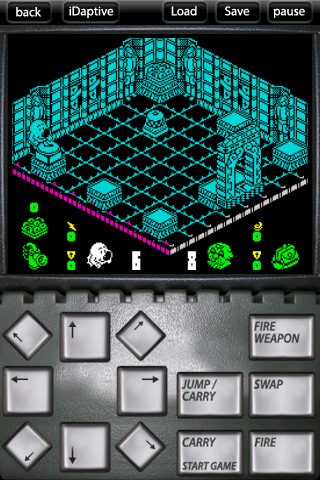 The game keeps its 8-bit charm really well, while also seeming quite updated for the phone. The fake handheld console format on the screen adds to the style of the game, while also working really well as controls. Despite the fact that the graphics can’t be described as the best quality technically, the retro style really does look fantastic. 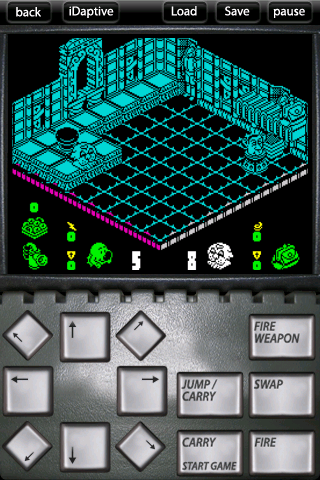 The game itself has some extremely interesting and different graphics, though it might be hard to make out some of the details, there are things such as the head of Prince Charles on the body of a Dalek. The game is surreal and incredibly imaginative in its content, this is definitely not your typical game. The only downside to these imaginative graphics is that they aren’t super clear in the 8-bit style.

Unfortunately what is charming and enjoyable visually, does not translate over well in terms of the soundtrack. The soundtrack is also old school, and it screams nostalgia but it also screams annoyance due to a loud, repetitive set of tones that plays as more of a sound effect than real track in the background. 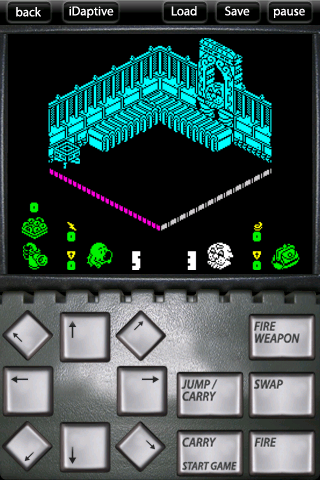 When you move or do an action (which will be often if you are playing the game), those familiar arcade beeps and boops will come over the speakers but they’re fairly grating and not that enjoyable to listen to. But this is coming from a 90s kid, so perhaps those who are breaking out the nostalgia will really enjoy the sounds from childhood.

Head over Heels is a revival of an old school classic game that has an interesting, and very imaginative back-story, a great throwback in terms of graphics, and a uniquely challenging approach to gaming. This is the perfect game for anyone who wants to reminisce about retro gaming, or those who just love their 8-bit games. Even for those who aren’t big fans, this is a great way to change up the pace and take a shot at something really different from what is offered these days.