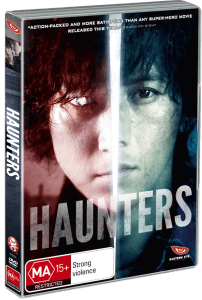 Haunters carries the critic quote that it is “more satisfying than any super-hero movie released this year” (Sound on Sight). I’m a big fan of Eastern cinema, I think that it takes a lot more risks and goes places that Western movies won’t. combine that with the quote and you’ve got some pretty big aspirations going on. Let’s see if Haunters lives up to this.

If there’s one thing I can say for Haunters, it has a range of moods throughout the movie. It started off gritty and incredibly involving, setting me up to expect angsty angst angst (like most superhero movies, cough Batman), but then the entire tone of the movie changed as the focus shifted from the anti-hero Cho-In to Kyu-Nam. Suddenly the movie started showing off its funny side, with the lead actor Go Soo being able to pull of the little humorous moments easily. 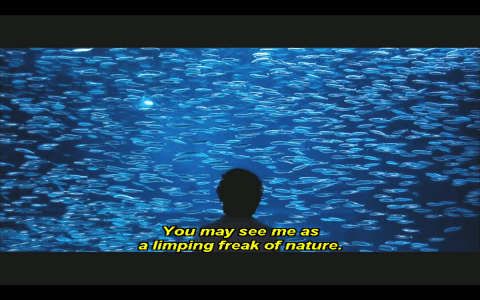 At first the change was jarring, especially since the cover and first ten minutes of the movie had set up such a dark outlook. But after adjusting to that the movie was quite easy to settle in to. I have to say, the story was quite interesting and had a quite unique way of attacking the idea, without the usual clichés.

Cho-In is a psychic who can control people’s minds and had an extremely rough childhood, so he pretty much goes around and does as he pleases, taking money, killing people and angsting away in his hotel room. One day he tries to steal money from a loan office and he encounters the one person who he can’t control, Kyu-Nam. Kyu-Nam is his polar opposite, a fun-loving and moralistic man. After Kyu-Nam’s boss is killed through Cho-In’s mind-control powers, Kyu-Name goes on a mission of vengeance. 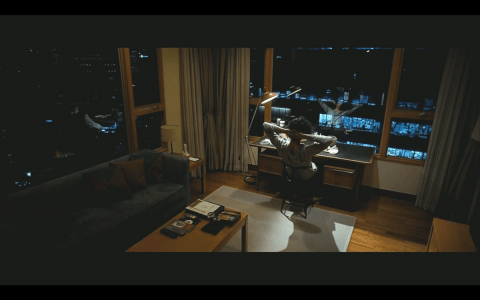 Taking on a guy who has unbelievably strong mind-control powers is about as terrifying as it sounds, because no only are you taking him on, but every other person in the crowded city of Seoul as well. But Kyu-Nam doesn’t stop, he gets pummelled to near death and still hunts down the increasingly violent Cho-In.

The characters have a good depth to them, as I said before, this movie doesn’t approach the genre like you would usually see. Instead, of having a fairly black and white situation, there are greys. While the hero is a good guy, the anti-hero has layers to him and you kind of feel sorry for him in parts. 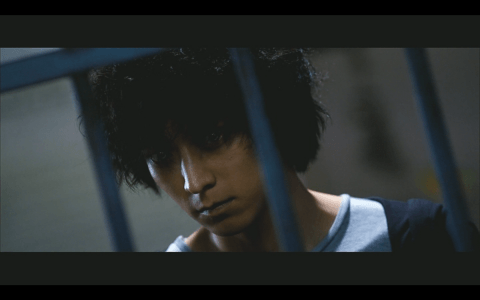 The ending was a little disappointing for me. I won’t go into it, but it started off really well and then kind of gave up on that idea and took those steps back. Another small disappointment were some of the lines, although that may have been because of the translation from Korean to English. While Kyu-Nam has some really great morals under his belt, at times it comes off too righteous and I found that I was taking a step back from his character and questioning some of the things that he was doing so determinedly.

Dong-won Kang (who played Cho-In) did a fantastic job of bringing the amoral anti-hero to life, his performance really rises above and is worth a mention. Go Soo as Kyu-Nam also does a good job, bringing the comedy to small parts of the movie and levelling out all the angst of Cho-In. 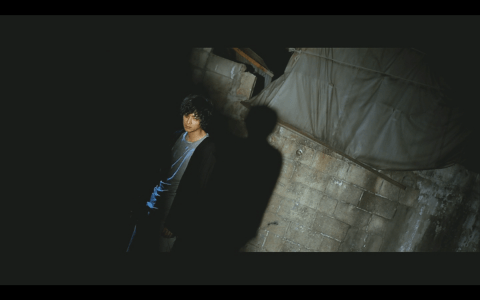 The movie certainly benefits from some really great shots, the cinematography is stunning in places. However, there is an odd range when it comes to the entire product, while some are beautifully set up, other shots seem strange and a little odd. The suspense in the film is constructed well through the pace and shots, and shots have clearly been set up with the visual element in mind because they turn up amazingly. 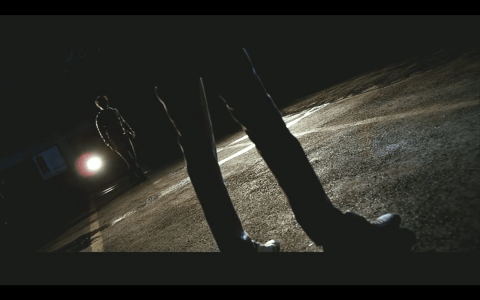 The audio helps out with the suspense that the movie loves to get a hold of, as well as the action scenes. The only odd and jarring audio in the movie came at the end during the credits, when loud K-pop blared and clashed against the ending of the film. 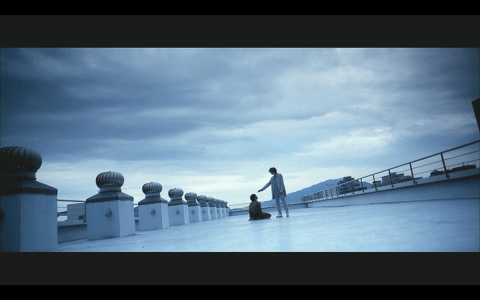 The extras included in the DVD are the trailers and some of the deleted scenes. These scenes are interesting to watch and, while its good that they didn’t include the scenes in the movie, they are interesting and will add to your context of the film.

Haunters has a great concept, a really solidly individual storyline, and good acting. It truly isn’t what you’d expect, in a good way. Although there are little things which could be improved, it really is an enjoyable film overall and I have to say, while I wouldn’t call it the best superhero movie, it certainly does list among the better ones, especially in it’s originality in places.