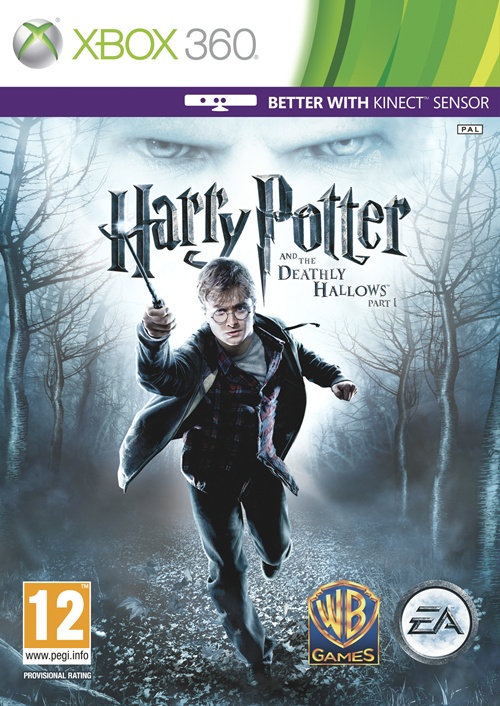 Harry Potter And The Deathly Hallows Part 1 (wow that’s a mouthful!) is the latest instalment of the Harry Potter franchise, and home consoles now have received a video game based on the movie. This game however is quite different to the usual Harry Potter video game title, as it is presented as a third person shooter. An interesting choice no doubt. With the series at it’s darkest point yet, putting Mr. Potter in a more action-based game is arguably a very smart direction for the series. However, while all these ideas sound awesome on paper, unfortunately this game isn’t as ‘magical’ when put into practise. 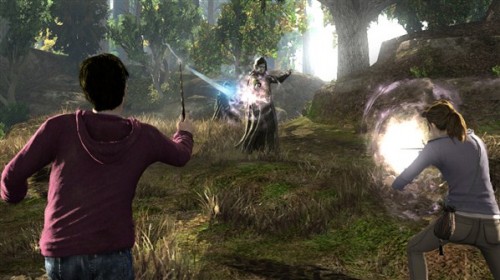 Harry Potter And The Deathly Hallows Part 1 is a bit of a mouthful, so let’s abbreviate it to: ‘HPATDHP1’. Damn it! It’s still heaps long!

Story &Presentation:
At first glance, Harry Potter And The Deathly Hallows Part 1 appears very well presented, as expected from any Harry Potter video game, staying true to the film franchise and appearing quite stylish. The music sounds like it has been taken straight from the film and the character models look like the actors. One really nice touch is the presentation of health within the game. The more damage Mr. Potter takes, the more colour is lost from the screen, and you reach game over when everything is completely black and white, a very artistic touch. However while these things are nice, there are a few deal breakers for the game in the aspect of presentation, especially with the story. For a game based on a film based on a book, one would assume that the story would be a main feature of the title but instead it is presented in rather a very poor fashion. The story is barely understandable unless you have seen the movie or read the book. Besides that, your never really sure why your doing anything or where you are, causing the player to feel apathetic towards the characters. Cut scenes while plentiful, don’t really flesh out the storyline or advance the plot much at all, but rather have NPC’s telling you to do some of the most silliest objectives that have very little to do with the story and aren’t even slightly rewarding. Presentation is still flawed with even how the game is set out, constantly switching between third and first person, for what seems like no reason at all, which doesn’t even effect the gameplay. 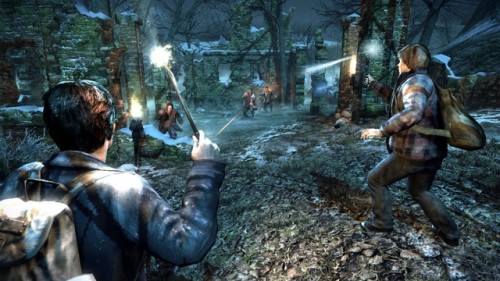 This is a video game based on a movie based on a book based around magic. Take that Inception!

The gameplay is based mostly around a broken third-person shooter with a terrible ‘duck and cover’ system. Taking cover is the worst as there is nothing to indicate what you can hide behind and what you cannot, creating a few frustrating situations. Half the time though, the game works as a button masher where your just standing still firing at an enemy until it dies and if it fires back it won’t usually kill you at all, so nobody really seems that threatening. Sometimes you may die, but instead of feeling challenging, it’ll feel frustrating, until you realise there is no strategy required,  just cycling through spells and finding out which spell kills which enemy the quickest. Speaking of which, changing spells is a pain as well, as you need to pause the game and go to an entire new menu just to select which one you’d like to use, which really slows down the gameplay. This is a disaster as the game already feels very slow. That’s right, while this is an action game, everything feels very slow-paced. From walking to the next area to moving the target and locking on onto enemies, the game never really gives you an adrenaline rush or any sense of risk making every objective feel like its a chore to do. The inclusion of a spell called ‘four square’ is a noteworthy one, as it will always show you where to go once it has been cast. It’s nice to have when you can’t find someone or something or don’t know what to do, but on the other hand it kills any hope of a challenge or puzzle in this game. So it’s both a pro and a con really. I just used it a lot so I could hurry up and get through the game. Level design is another poor aspect of the game, as all levels are quite plain in the way they are set out and are very uncreative, usually just you needing to walk in a straight line and defeat enemies in the way or talking to people. Not very fun at all. 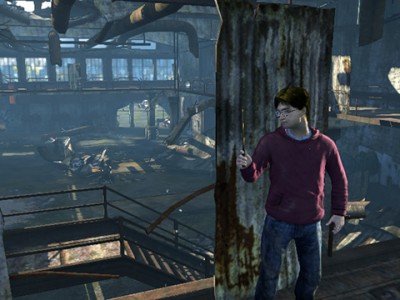 EA’s Bright Light Studios at leasts tries to mix things up by adding rail-shooter styled levels and stealth levels, but they just don’t cut it either. The rail-shooter levels have the same problem as the normal level although they aren’t as slow-paced, but the stealth levels which require sneaking will often have you getting caught without not knowing how, and sneaking around to complete objectives that you couldn’t even care less about. Xbox 360 owners get an extra Kinect mode, where they can pretend to swing wands to shoot. It’s fun for a little bit, but gets old quickly and you’ll soon realise just randomly waving your arms about in random directions with more than likely get you through the level, making the entire thing seem stupid. However, the game has no visible bugs, the controls are responsive and the camera is decent, it’s just the game feels slow and boring most of the time. It’s not that the developers did anything wrong, it’s just they didn’t do much that was right. 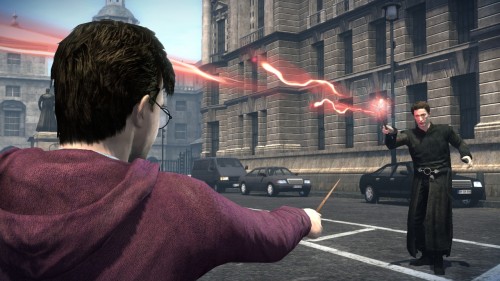 Waving your arms around as Harry screams “Stupify!” is fun for a few minutes, but then it feels really, well…stupid.

Graphics are a highlight of the game, but they aren’t anything spectacular. The character models look like the actors and animation is fluid, so it’s nice to see they got that right at least. There are some very uncreative graphical sections though, like one level your on a street, and you can clearly see a sign on a shop saying ‘The Shop’ and a bar with a board saying ‘The Bar’, which doesn’t exactly look like they put much thought into these little details. Much dialogue is very uncreative as well, as you can hear people on streets saying the most unbelievable things, and NPC’s telling your objectives sounding more like they are being read off a to do list rather than a classmate from Hogwarts taking to you. I would love to say at least the voice acting saves the horrible dialogue, but this is only true half the time. Some voice acting is done really well, and some are done terribly, making it a bit of a mixed bag. On the bright side sound effects are spot on and are done well, and the music really captures the theme and sounds like its straight from the movie, with very high quality pieces of music in the soundtrack.  However, while the music is good, it isn’t always presented well in the sense where it’s been included. Sometimes the music while walking around is too quiet, and sometimes in combat you’ll be fighting at enemies without music. If there was always the intense soundtrack during combat, Im sure it would get you in the mood more, but sadly this isn’t always the case. A action game like this one needs lots of this, not just in key scenes. Scenery and backgrounds for the most part look quite beautiful and do look like sets from the movie, staying true to the Harry Potter experience, but it doesn’t save the game. 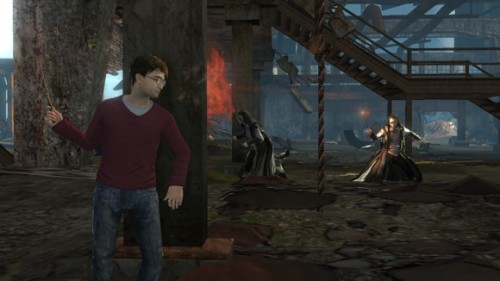 No Quidditch in a Harry Potter game?! WHAT THE H??!!

As mentioned before, I think going for a more action-based title is a smart direction for the Harry Potter series, its just that this game probably isn’t the good example of that. The gameplay feels slow, the cover system is flawed, the objectives aren’t interesting at all, the story is told horribly, the level design is uncreative, voice acting is only good half the time….honestly its hard to even keep track of all the things that are wrong with this title. It’s such a massive shame too, as the ideas behind this one have a lot more potential. Hopefully EA addresses these in future games.

-Slow gameplay
-Broken cover system
-Boring objectives
-Uninspired level design
-Half the time the voice acting is terrible, and he dialogue is even worse
-Music is good but doesn’t always capture the mood
-Storyline is told poorly