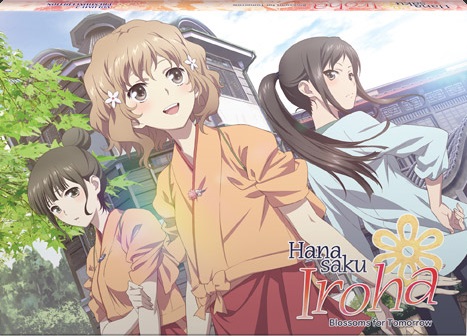 Overview
Ever since NIS America started bringing anime to North America alongside video games, they have regularly picked up hidden gems. One such gem happens to be Hanasaku Iroha, which was passed over by other companies back when it aired in 2011 but since NIS America picked up the license, they have already released the first half of the series, the review of which can be found here, and now have released the closing half of the series. Even though things wrapped up decently at the end of the first volume, is volume 2 continue the excellence of Hanasaku Iroha?

Story
When we last left Ohana, she had begun to fit in with the rest of the staff at Kissuiso Inn and overcame some of the biggest pieces of drama that the series had going for it. Ohana had managed to partially mend the relationship between her mother and grandmother and managed to find some closure regarding her feelings towards the friend she left behind in Tokyo, Koichi. 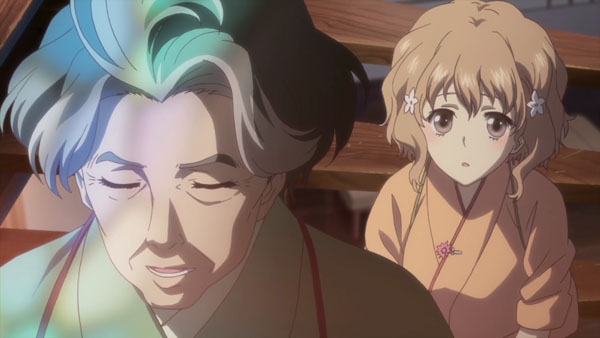 With these two major developments wrapped up, Hanasaku Iroha features a number of mini-arcs throughout volume 2 before bringing everything together for the finale. You see, while the first half of the series featured numerous character developments and the bonding of the characters of Hanasaku Iroha, volume 2 takes these well-developed characters and places them in situations where the story can really shine.

By being planted firmly in reality, these characters actually feel genuine, which is something hard to accomplish in anime. As such, one of the high points of Hanasaku Iroha is simply watching Ohana and the rest of the staff live out their lives while working at Kissuiso Inn. That being said, this closing half of the series still has its fair share of drama, mostly centered on a high school festival and the fate of the inn itself. 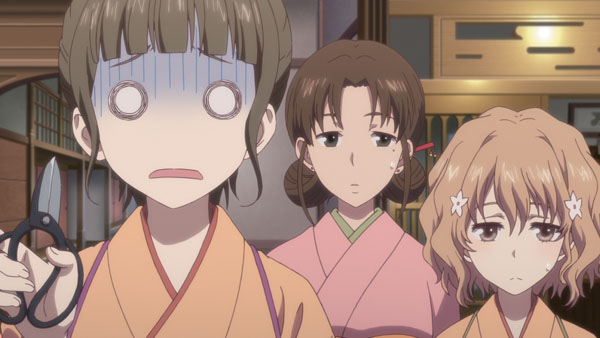 As mentioned earlier, the fact that we have come to know these characters so well over the course of the series, coupled with the way that Hanasaku Iroha manages to balance the side-characters, is the series’ biggest highlight and seeing them deal with these issues can be quite emotional since they actually have made the viewer care about these characters in a realistic fashion.  In fact, one of the major arcs of this half of the series focuses not on Ohana herself, but on Minko and even a minor arc for Nako is presented.

Despite the number of arcs presented throughout volume 2, the series is still extremely slow paced and light-hearted even when something dramatic occurs. It also doesn’t help that the series tends to hold onto story arcs for far too long without any type of development, only making the slow pacing of the series even more frustrating. 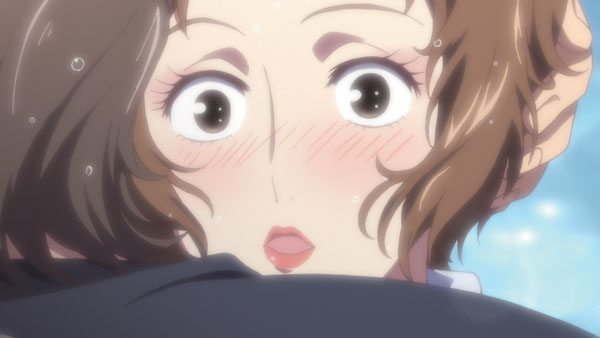 That being said, perhaps it is because of this slow-pace that the slice-of-life feel of Hanasaku Iroha feels refreshing and natural compared to standard anime series which usually have forced developments or some odd twist that causes a shift in tone. Even at the end of the series Hansaku Iroha feels rooted in reality and leaves viewers with a bittersweet ending as they say goodbye to a cast they’ve seen live their daily lives for twenty six episodes.

Visuals
It would be an understatement to say that Hanasaku Iroha is stunning looking. The amount of detail that P.A. Works has put into every aspect of the series is wondrous to behold, especially on Blu-ray. Since the main focus of the series are the characters, the amount of time spent on their facial expressions and designs. The attention paid to the character designs is especially impressive since the characters regularly wear different outfits without re-using the same designs, minus uniforms, often. There is even a fair bit of fan-service this time around, though nothing over the top, since this half of the series also includes the basic beach/hot spring episode with a twist. 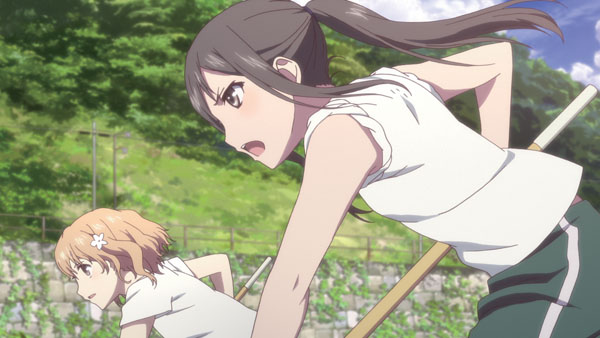 As for the environments themselves, it is clear that the animation studio spent a lot of time making sure that everything looked realistic and impressively detailed. There are numerous sequences throughout the series where the background is used for dramatic affect or a scene lingers on the environment to give viewers a glimpse at the wonderful background designs.

Audio
Those familiar with NIS America’s releases know this already, but it is worth noting that Hansaku Iroha: Blossoms for Tomorrow Volume 2 only contains the original Japanese voice track with no English dub. This isn’t too much of an issue however thanks to the fact that the Japanese voice actors have done a great job bringing these characters to life for the audience. 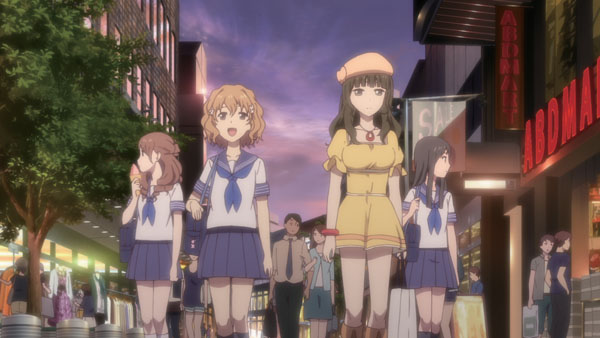 The soundtrack continues to be impressive with numerous light-hearted and relaxing themes that match the nature of the series. Since this is the second half of the series, new opening and ending themes are introduced in the form of “Trace Warp” by Nano Ripe and “Hanasaku Iroha” by Clammbon. The new opening and ending themes continue to be light and fitting with the series, though some may have preferred the first opening to the new one.

Extras
As one may have surmised from the title of this review, NIS America has given Hansaku Iroha: Blossoms for Tomorrow Volume 2 the Premium Edition treatment similar to what was found in the first release. The on disc bonuses are rather sparse, with a clean opening theme and multiple clean ending themes for special episodes, as well as trailers for other NIS America anime and the original Japanese trailer for Hanasaku Iroha.

The true bonus in these Premium Editions is not on-disc however, but with the packaging itself. The series comes in an oversized chipboard slipcase featuring Ohana, Minko and Nako in their work clothes on the front and their school uniforms on the back. It is worth noting that the style for this packaging is a bit different than others, since the art box is meant to be displayed horizontally, rather than vertically. This is new for NIS and may make displaying the box a bit difficult for those used to the vertical displays, but this is only a minor issue since the company made great use of the horizontal artwork. 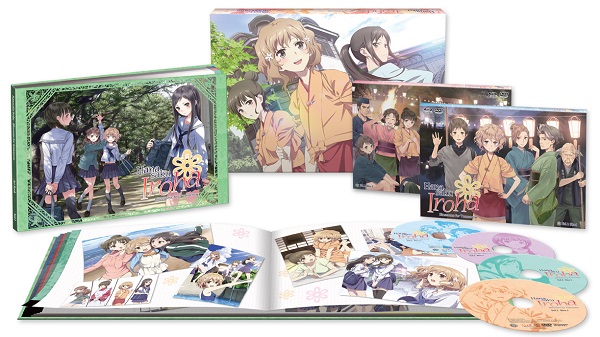 Overall
Hansaku Iroha: Blossoms for Tomorrow Volume 2 brings this heartwarming series to a close. It may have been a very slow series throughout both volumes, but the slow pace allowed viewers to grow attatched to the characters in a realistic way by portraying their lives normally as they overcome the difficulties placed in their path. By offering viewers a character driven storyline with a likable cast of characters, it is sad to see such a great series end, especially in a way that will likely leave viewers with a few tears. However that is a sign of a truly exceptional anime, which is exactly what Hanasaku Iroha has proven to be.