Gameplay – Multiplayer:
The multiplayer in Halo: Anniversary includes six of the best maps from previous Halo games, in either the classic or remastered editions. Classic maps will play exactly as they did in their original Halo games, but the remastered ones have been reworked to accomodate the gameplay mechanics introduced in Halo: Reach.

Jetpacks, Armor Lock, and company all make a return for your gameplay pleasure, and whether you’re playing on the classic or remastered maps, you’ll get a pang of nostalgia every time you boot up a match. Halo: Combat Evolved and Halo 2 were best in class in multiplayer when they were released, and the mix of their maps with Reach’s more refined gameplay makes for some hectic online fun. 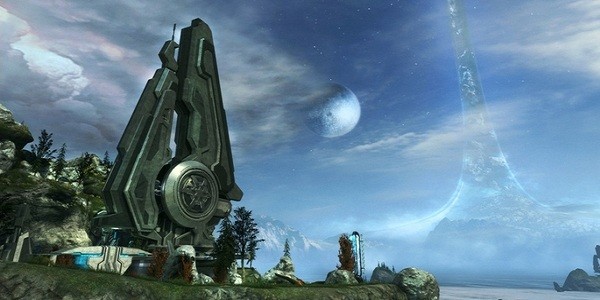 The game also includes a new Firefight map, with a twist. If you play by yourself, AI controlled marines help you in surviving the waves upon waves of enemies which descend upon you in this Horde-Mode-esque mode. This is new, as in Reach solo firefight generally meant a Spartan lying six-feet under within a few minutes, now, if you have no friends and can’t make them online, there’s always Artifical Intelligence to keep you company.

And of course, the mutliplayer includes Forge, for all your map creating needs.

In fact, what can be said about the multiplayer is that it feels like a great expansion to the groundwork laid down in Halo: Reach. And Microsoft apparently agrees with me because you can choose to buy just the multiplayer features of Halo: Anniversary as a Map Pack on Xbox Live for 1200 Microsoft Points.

Whether you buy the full game or the map pack, Anniversary’s multiplayer is a great addition to the series and is some of the best fun you can have on Xbox Live.

Audio & Visual:
This is where 343 truly made their mark of the original game. The remastered graphics are nothing short of spectacular from the opening shot to the closing one, you eyes are treated to a visual feast. Seeing classic encounters, like the Silent Cartographer chapter re-rendered in the new engine is amazing. It packs all the nostalgia of the original without making you stare at pixelated graphics and murky textures.

Though, if those are your thing, a quick tap of the Select button and the game flips back to Classic mode, where the graphics are back to where they were ten years ago. You can switch back and forth anytime in game except during cutscenes, and this becomes almost an addictive part of the game. When a broad sweeping vista lies before you in game, you’ll feel compelled to switch back and forth between graphical modes to compare and contrast the then and the now. 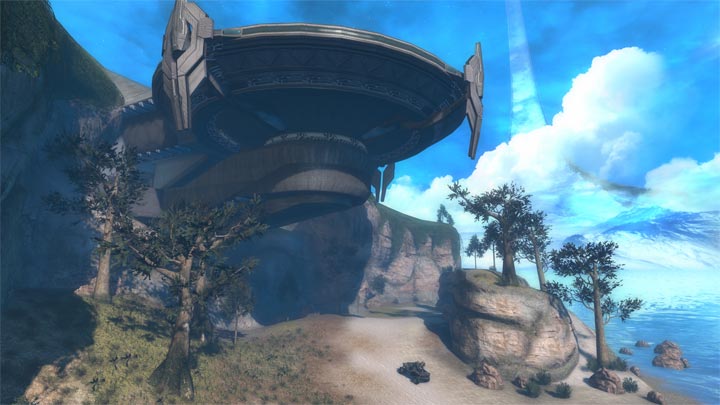 The new engine does wonders for textures, environments, and facial animations, but the improvement you’ll notice the most is the lighting. Dynamic lights, glowing water, the sky hovering above Halo’s artifical landmass… the game is beautiful. There’s the occasional stutter when you’re fighting hordes of Flood and some of the game’s vegetation and weapon models look a bit dated, but all in all Anniversary’s graphics have thrust Halo: Combat Evolved firmly into the modern age.

The soundtrack has also been remastered, to great effect. The original Halo theme and Combat Evolved tracks are a treat for the ears, and will pump you up far more than the gameplay ever could. Once a battle theme starts blaring from your speakers, you feel like you’re the Masterchief, and everything on else on screen is about to be obliterated. Once again, you can always switch back to the Classic tracks in the main menu should you feel like it.

What’s odd is that the sound effects from the original game have been kept as they were. The reasoning would clearly have been to further the sense of nostalgia, but honestly, I think giving at least the gun retorts a new, more polished effect would have gone a long way in making for perfect presentation. However, the old sounds were great for their time, and definitely still hold up today and blasting through the entire clip of a Combat Rifle is an intense visual and audio experience.

The game also features 3D and Kinect support, but the Kinect functionality was not available in the review build and a 3D television was not at the disposal of the reviewer. As with every other part of the game, these can, of course, be toggled on or off.

Overall:
Halo: Combat Evolved Anniversary is a flawed experience, but it lies in the strange position where none of those flaws are really the fault of the ones who remastered the game. The truth of the matter is Halo is now ten years old. That’s ten years of design experience and learning that are thrown out the window, because concepts taken for granted nowadays hadn’t even begun to exist back in 2001, and this has a tremendous bearing on the quality of the gameplay. We expect, and often receive, better from first person shooters at present and in a holiday season packed with Battlefield 3 and Modern Warfare 3, Halo: Anniversary has a hard time really declaring itself as worthy of your money. 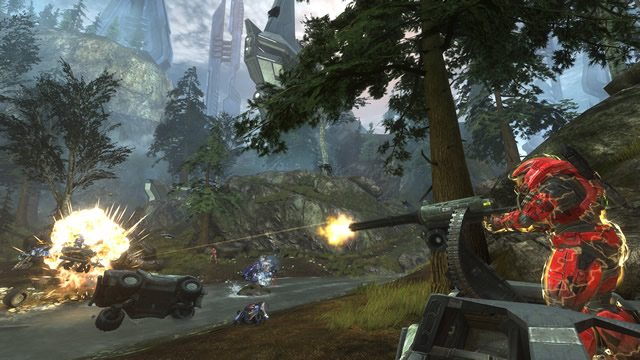 But if you’ve got the cash to spare, and you’re a Halo fan, it’s most definitely time for a return trip to the first Halo, if only for the gorgeous new graphics and the tons of nostalgia. If you’re still playing Halo: Reach multiplayer, but have never played the original Halo, this is great way to play it for the first time, but just bear in mind that its campaign isn’t going to knock you off your feet. If that’s not okay with you, just go buy the Map Pack and enjoy some quality mutiplayer fun.