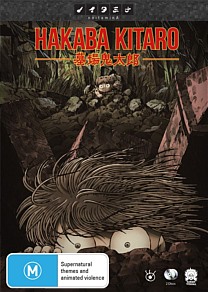 Myths and legends are always romanticised and there are plenty of series’ that like to center around that idea of demons and ghosts existing, sometimes they just can’t get it right but sometimes that just get it spot on! Let me introduce you to Hakaba Kitaro, this series definitely did it right. It looks old but isn’t, it tells ancient stories but doesn’t feel ancient itself, it just does it right and although the series has been going on for many many years and there has been a whole bunch of reiterations I still feel it stands its ground and is good enough to still be relevant in this day and age. 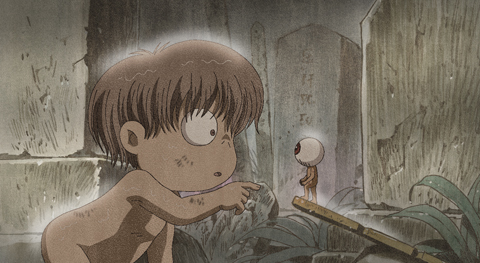 The story of Hakabe Kitaro is one that I really like. Basically it follows the life of a small child named Kitaro who happens to be the last one left in the “Ghost Tribe” which were a race of demon/ghost people who used to live on land but were oppressed by us humans once we had a good enough grasp on science and weaponry. Kitaro’s parents are found by a man who was investigating a strange appearance of a ghost in a hospital, they were eventually found dead and were buried by the man, that’s when Kitaro was born. He crawled out of his mothers grave and the man who had found his parents had a little freak out and, more or less, ditched poor baby Kitaro. Eventually this man raises Kitaro and tries to integrate him into human life but it really doesn’t go to well because the two are not fans of each other but that’s just the way it goes I guess. I found the story to be really good because it was written in such a perfect way. There’s the story that we’re all given, the one about this small ghost-child living in normal society, but it’s all the little stories that make up the big stories that I found made this series great. Another note, before I move on, is that they somehow shift between comedy and just dark situations in a way that you barely realise and even when you do it’s as if it doesn’t matter because they’ve done it so well. 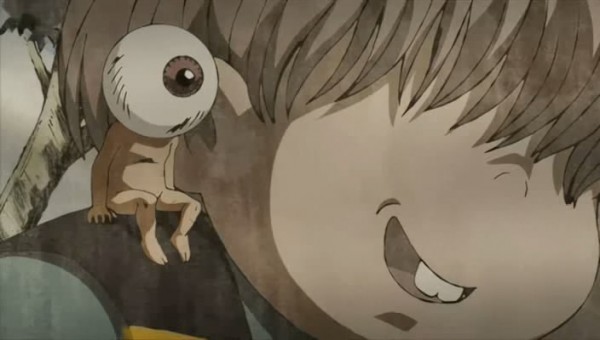 Every couple of episodes Kitaro will come across another obstacle to deal with or another person/mythical being to help and it goes on like that for the entirety of the small series (well until the last few episodes, but I don’t want to wreck it for you) yet it doesn’t get old and it doesn’t get boring, instead you’re excited to see the next mythical being that will cause some sort of trouble for Kitaro. The other thing that is great about this series is the very metaphorical look on things, every situation is dealt with in different ways and it makes you really think about which way is the right one. Do we go about things the greedy, human way or do use are bare instincts (like the ghosts/demons) to determine what it is we should do? It’s interesting to see the divide between ways of life. There was an episode where Kitaro wanted more things, material items I’m talking about, yet he had no idea about jobs or money or why humans even want it but throughout the episode, after countless mistakes, he realises that money controls the human and really it’s the only way to survive. The fact that the story forces you to think without exactly telling you what to think is what made this series fantastic. 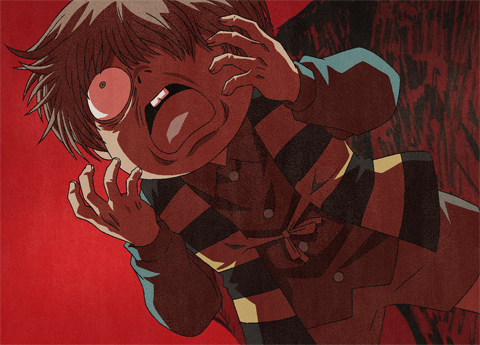 When it comes to art style, Hakabe Kitaro really takes the cake. The entire series is dark, both story-wise and aesthetically, I found myself watching the first few episodes entirely in the dark just so I could see the screen clearer. The entire series has this filter over it to make it look like it’s an old film and as if it was shot on some crappy, B-Grade camera and it just outright works to the series’ advantage. It actually felt like the Anime wasn’t an Anime but a Manga that was brought to life, what I’m trying to say is that it was like watching a Manga instead of just watching another Anime. The characters, the scenery, everything just seemed like a “Manga brought to life”. They also managed to put a great deal of colour into seemingly dark scenes, I’m talking light greens and hot pinks in places where those colours should absolutely not be BUT it works, don’t ask me exactly how I just know that I wasn’t annoyed or upset by the contradiction in colour and in my books that’s a good sign. The one thing I didn’t like was the use of CGI in the series, it wasn’t super bad, it just felt out of place in some scenes and I though that it really wasn’t necessary. 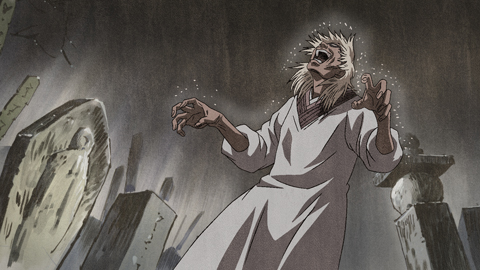 I’m going to start on a big note here, this was something they DIDN’T do but I’m really happy about: it was entirely in its original Japanese dub, there was no English dub and I think that was on purpose because there’s no way such an old-school, Japanese style of Anime could’ve been enjoyed in English, not only that but the Japanese voice actors were spot-on with their tones and the voices. The music was extremely traditional and, considering it is set in the 1950s, it fit like a glove. You had the mixing of the traditional Japanese music and a bit of the Western style which is, obviously, symbolic of the change in times. Some of the sounds in the series were fairly haunting, they got the semi-horror vibe done really well, it definitely had me glued to the screen. 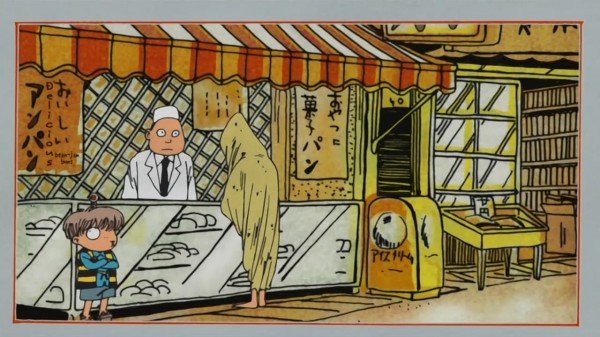 There are actually a couple great extras on the discs. You’ve got your regular Clean Opening, story board clips, trailers for other series’, and so on but the one really cool extra is the “Interview with Shigeru Mizuki” who created the series and has worked on it for many, many years. It’s just nice to see that little bit more, I know it’s not a great deal but the fact that it IS an interview with the series creator is fairly special and it should be brought to the forefront. 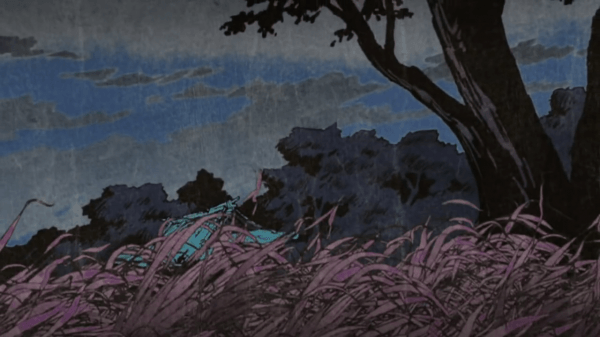 Hakaba Kitaro is a great little series, you can watch it in a few hours, because it’s only eleven episodes, and not get bored of it. It’s one of those series’ that has you thinking about it when you’re not watching it, it has you craving it when you can’t possibly watch it. There aren’t a lot of shows that can do that. To enjoy this though I feel that you have to be a fan of the semi-horror, yokai-style, demon, ghost, supernatural types of series’ and it really doesn’t hurt to know a little bit about Japanese mythology, it adds to the series, it really does. But really, at the end of the day, the series only really had one or two things wrong with it and they were fairly small. If you’re into the ancient, supernatural stuff don’t pass this one up.