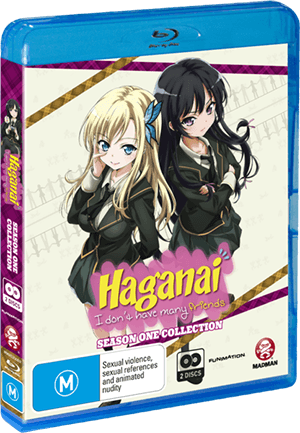 Overview
What do you do if you’re an unpopular social misfit in high school? Why form a club for others like yourself, of course. Haganai, the English abbreviated title of Boku wa Tomodachi ga Sukunai, depicts just that in its first season released by Madman for Australia and New Zealand. Adapted from a light novel and translated simply as “I Don’t Have Many Friends”, Haganai turns the anime cliche of friendly school clubs upside down. Read on to see why it’s worth stepping into this disaster zone, even if you have friends. 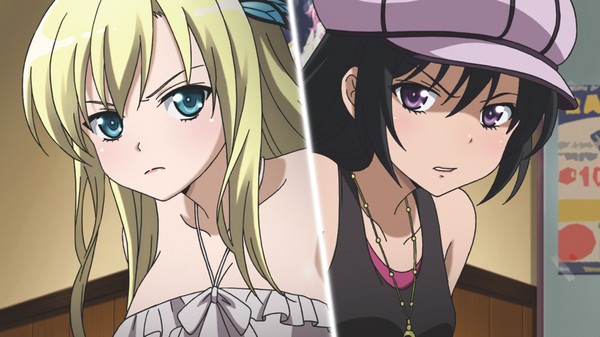 Story
Haganai is centred around an obligatory male MC, Kodaka Hasegawa, who seems to be dead-on-arrival as the school’s newest transfer student. A combination of being late to his first class, unusual blonde hair and major miscommunication cements his status as the school’s unapproachable bancho. It’s not long before he meets a fellow classmate, Yozora Mikazuki, talking to thin air by herself. You’d think the anime’s objective of finding friends is solved as they’re on a first-name basis from day one, but that couldn’t be further from the truth. Nope, no way.

Yozora’s thick-skinned personality almost warrants the term “bitch”, especially when the admired-but-still-friendless Sena Kashiwazaki enters the scene. A complete opposite from Yozora, Sena packs a huge chest and a curvy body but is plagued by a narcissistic personality and an obsession with eroge. Seeing these two at each others throats is a hilarious highlight of the show, spitting venom while poor Kodaka is trapped in the middle. It’s worth noting that Kodaka isn’t your typical harem MC. This guy is actually pretty nice, can cook and isn’t as dense as a black hole like many male leads in this genre of anime. 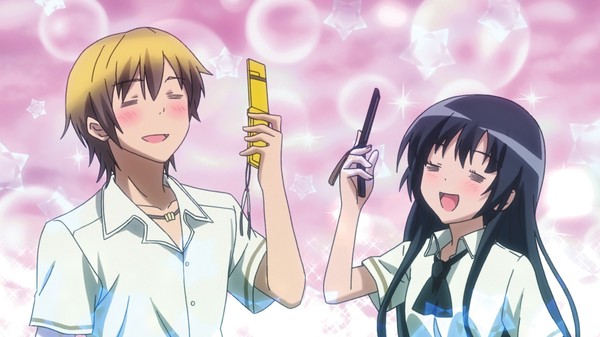 A nymphomaniac science girl, a 10-year old nun and a boy with some serious gender identity confusion round off the Neighbours Club, where it’s never a dull moment. The only serious aspect of the plot would be Kodaka’s flashbacks about a childhood friend who happens to be in the Neighbours Club. This comes to a head during the second last episode, the last of which being reserved for an extra OVA that was included with the last Japanese volume. It’s worth pointing out Haganai’s fan service. There’s plenty of it where it counts, including a gob smacking bare chested scene.

Otherwise, the story is limited to the group taking on all sorts of activities to learn how to make friends, such as playing co-op handheld video games. Obviously, none of these plans work much to our amusement. It’s all great fun, particularly with the inclusion of Kodaka’s younger sister, Kobato, who even has issues of her own! By the end, you would already have realised that what the Neighbours Club has been searching for was in the clubroom all along. Despite the bickering arguments and scornful vitriol, they’re all unknowingly friends. 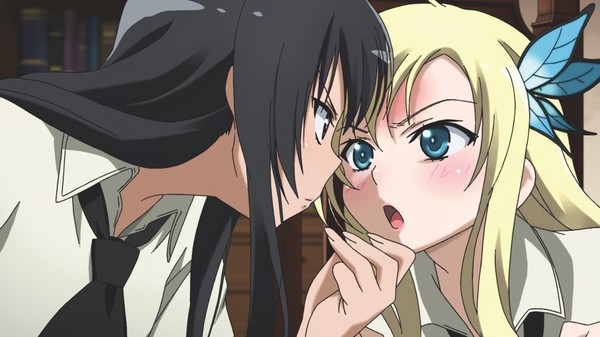 Visuals
Haganai is a very pretty show compared to most comedic and slice-of-life anime, and this really shows with the character designs. If you’ve seen Ground Control to Psychoelectric Girl you will notice the stark similarities straight away. The finishing touches that the studio did on the home video release is to be commended, fixing up and improving Haganai’s initial broadcast episodes. The end result is an anime that’s bright, crisp and simply a treat to watch in high definition especially.

Audio
The sound isn’t something you notice too much of in Haganai, but it does feature some very fittingly silly background tracks along with a whacky opening and ending theme. The Japanese voice-acting is a delight to hear, with Kodaka’s voice actor nailing the naive nice guy character. Sena sounds just like a spoiled, privileged girl with a bright, ringing voice while Kobato’s laugh is a classic (kukuku) while her nervous side is conveyed perfectly. 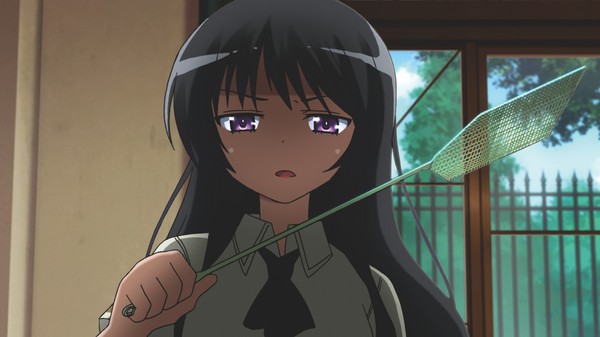 It’s a shame the English voices aren’t as well-matched, particularly Kodaka who simply sounds bored rather than the nice and even curious tone you find with the original actor. While some voice actors do sound perfectly fine, the amount of clever banter thrown around in Haganai makes this far more humorous to watch in Japanese particularly with the amount of insults you hear.

Extras
Unlike Funimation’s beefier release, Madman is releasing this in their standard Blu-ray and DVD cases. Interestingly, this is almost identical to the former’s release right down to the FBI warnings and Region A+B format. You do get a few extras in the form of episode commentaries by the staff, commercials, promotional videos and textless songs though. 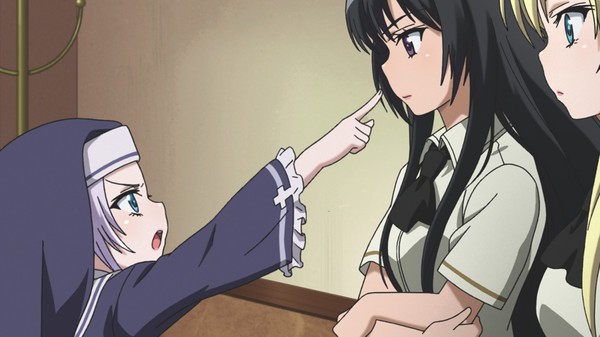 Overall
While seemingly not extraordinary and without a meaningful narrative, Haganai comes out of left field proving to be one of the funniest, raunchiest school club anime I’ve seen recently. If you’re looking for friends, this probably isn’t the best place to start. But it sure as hell makes for a what-not-to-do lesson. There was hardly an episode that didn’t make me laugh at the sheer, unadulterated antics of the Neighbours Club. Each character in Haganai is unique with serious social issues in one form or another, all coming together in a dysfunctional melting pot of hilarity.