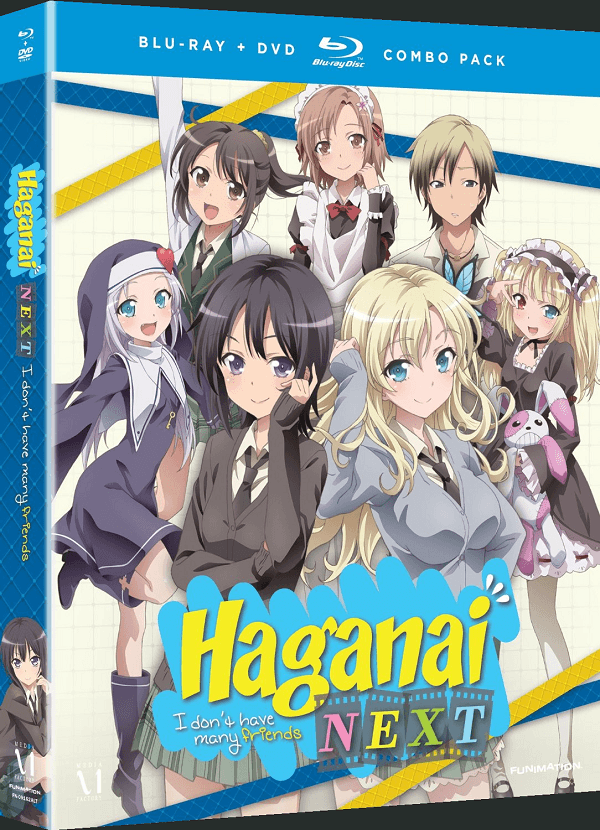 Overview
While many times a strange personality makes a person interesting, there are times that it simply drives people away and in the case of Haganai, it is the latter. Thanks to various misunderstandings and poor social skills, the cast of Haganai consists of people seemingly incapable of making friends. While the first season was rather hilarious it remained stuck in the status quo, now that viewers are familiar with the cast can we expect some interesting developments to happen in Haganai NEXT?

Story
The story of Haganai NEXT continues shortly after the events of the first season which ended with Kodaka finally realizing that Yozora was his childhood friend who he previously thought was a boy. Despite Kodaka finally realizing this, the two agree to keep it a secret from the rest of the members in the Neighbors Club to not cause any problems since ten years have passed and they are different people now. 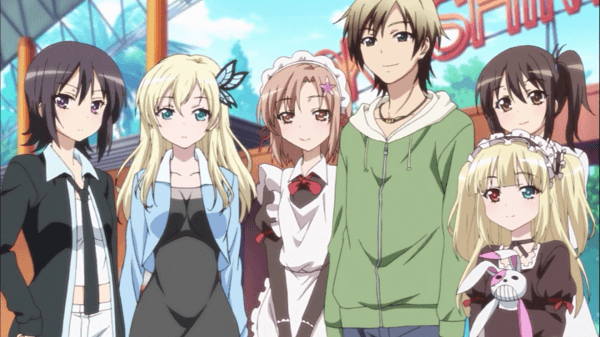 For those who may have forgotten, the Neighbors Club was created as something of a haven for people who do not have many friends and over the course of the first season we saw Kodaka, the MC who is kind hearted but is seen by almost everyone as a delinquent thanks to his hair color and sense of style, Yozora, a girl who shuns any form of communication with fellow classmates, and Sena, the most popular, intelligent, and skilled girl in the school who has no real friends join the group.

The group’s numbers were expanded by the extremely perverted but incredibly intelligent shut-in inventor Rika, the girlish looking Yukimura who wishes to be manly, a young bratty nun named Maria, and Kodaka’s younger sister Kobato, who cosplays as her favorite anime character and acts like a vampire, joining the club. As such a club full of misfits with eccentric personalities and quirks that made them a few of them left with some social issues is created. 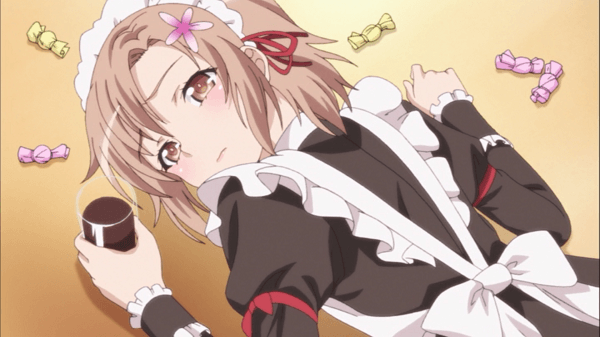 Now the reason I mention all of this is primarily because Haganai NEXT is aptly named since it tells the story of what happens next in these characters now that they are all in one place. This season starts out similar to what one would expect any other episode from the first season to be, with Sena being unknowingly bullied by Yozora and Rika as they give her a new hairstyle. Then later once Sena is scolded by her father she calls Kodaka to tell him how he reacted, which is something viewers have grown familiar with over the first season.

However the main point for this season is hinted at in the final moments of this episode after Kodaka ends up spending the night at Sena’s house while studying as he finds himself promising Sena’s father, and his father’s longtime friend, Pegasus, to protect Sena from being bullied at school. Doing so leads to a chain of events that will shake up the Neighbor’s Club as well as put the group to a test. 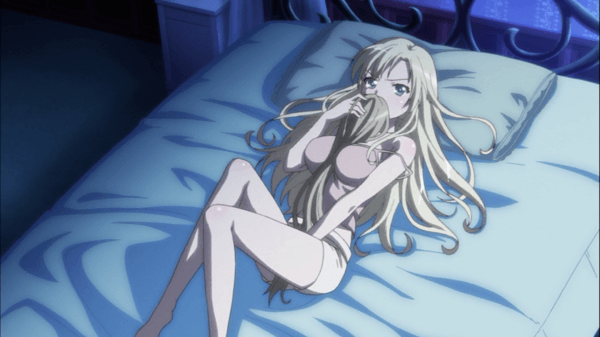 For the most part Haganai NEXT continues to follow the same standard as the first season with the group participating in various activities that friends would do to have fun such as visit a theme park together, play the King’s game, participate in a school festival, and more. However while the first season set aside time to try and introduce characters, in Haganai NEXT that time is used to help develop the characters as almost every character is given an episode or two to grow and in the case of Yukimura, reveal a secret that many people probably can guess.

While characters such as Yukimura are expanded, Kodaka and Yozora’s childhood past is exposed to the group, and constant hints from side-characters about something with Sena, there is a fair amount going on in the series now but a new set of characters are introduced in this release. Maria’s older sister Kate is as crude as they come but is level-headed while members of the Student Council start looking at the Neighbor’s Club near the end of the release. 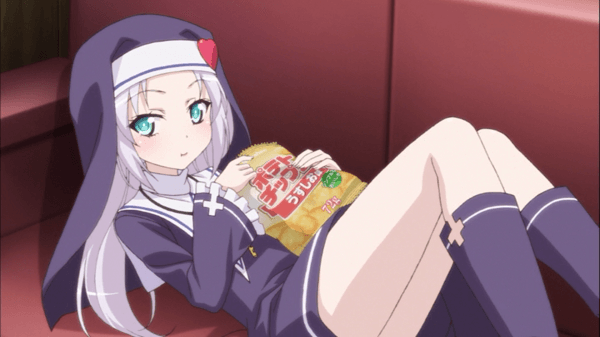 Despite these new characters and the focus on Sena’s story, the true star of this season is Rika and Kodaka. While Kodaka appears as dense as a harem MC can be, sharp eyed viewers will likely catch on to the fact that he may not be as dense as they believe long before his actions in the final episodes reveal his motivation and Rika sees through him at every moment. As I mentioned, while Sena takes the spotlight more often than not, Rika’s knowledge of the group and intuition create an interesting character. While she is generally a perverted genius that can be seen as a walking joke, her genuine effort and feelings are rare in a series such as this where she is one of the few characters trying to step forward.

With more serious moments than what was found in the first season, Haganai NEXT capitalizes on using its already established cast to introduce a number of new pieces of comedy that keep things fresh throughout the season while also moving things along at a nice pace that helps develop this cast of misfits into a group that is blind to the fact that although they all want to find friends, they already have a whole club of them.

Visuals
Unlike the first season of Haganai, Haganai NEXT actually feels tamer as far as fan-service is concerned. Although Kobato and Maria are shown in skimpy clothing a few times or bathing, nothing is pushed as far as the first season. Instead the focus mostly turns to the standard style of fan service being used with more adult looking characters such as the newly introduced Kate, on Sena, Yozora, and Yukimura’s outfits, or Rika’s very perverted personality. 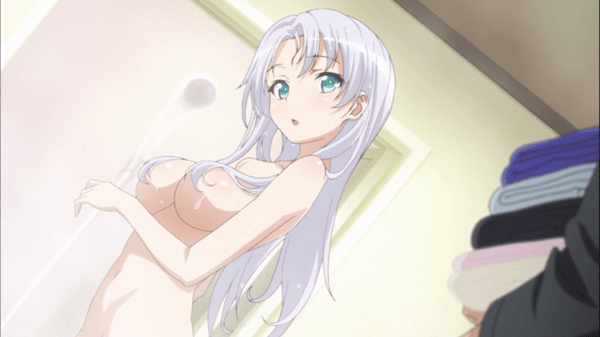 The character designs have the same feel as the first season with unique looking designs for each member of the cast and one should pay attention to Rika throughout the series as she undergoes a number of changes throughout the series. The quality does drop a bit during mid-range shots which is disappointing and at times the facial expressions of characters can look rather odd but for the most part the series stays fairly consistent as far as animation quality is concerned.

Audio
With the release of Haganai NEXT FUNimation has retained the same voice actors who provided the English voice work for the first season and they continue to provide a suitable performance, and it is a nice touch now that Yozora now simply sticks to calling Sena “Meat” instead of the numerous breast puns they used in the first season, with the new characters also set up with nice voice work. Now there is one issue I had with the English dub and that was how Kodaka and Rika mentioned a few times throughout the release that they were friends already, which is problematic considering the final character breaking moment of the series focuses on that exact point only for it to be discussed earlier on. 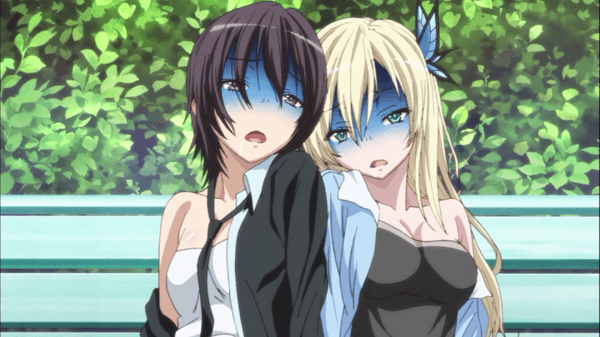 The background music has been improved over the first season as a number of strange but oddly fitting tracks accompany various scenes throughout the release. The opening theme “Be My Friend” by is sung by the Japanese cast, same as the ending theme “Bokura no Tsubasa.”

Extras
With the release of Haganai NEXT FUNimation has provided a nice set of on-disc bonus features in the form of two audio commentaries, one video commentary, various promotional trailers, textless versions of the opening and ending theme, as well as “Black Dragon: Cries of the Damned” which is a five minute special showing what each character was yelling, in Japanese only, while riding the Black Dragon and freaking out. 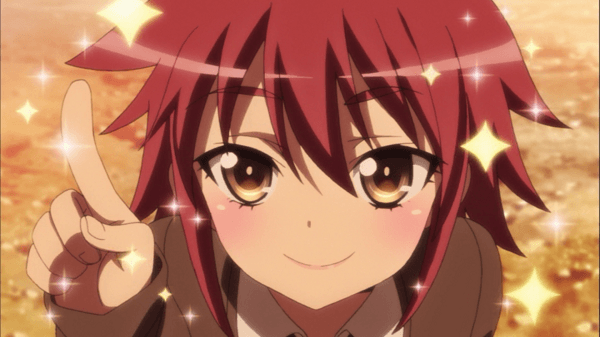 Overall
Haganai NEXT takes all of the strengths that the first season had and capitalizes on them in this second season. By developing its cast and focusing on the emotional aspect of the group and their obviously growing bonds viewers are given an interesting experience as Kodaka is fully aware of what is happening around him but is taking an approach many may mistake as simply being dense in an effort to not threaten the nature of the group.

Even while providing emotional moments and character development the series remains consistently funny throughout and considering how outlandish some of these characters’ personalities are, their close proximity with one another never lets this series’ comedy grow old making Haganai NEXT a humorous but also intriguing harem comedy that changes things up for the better.