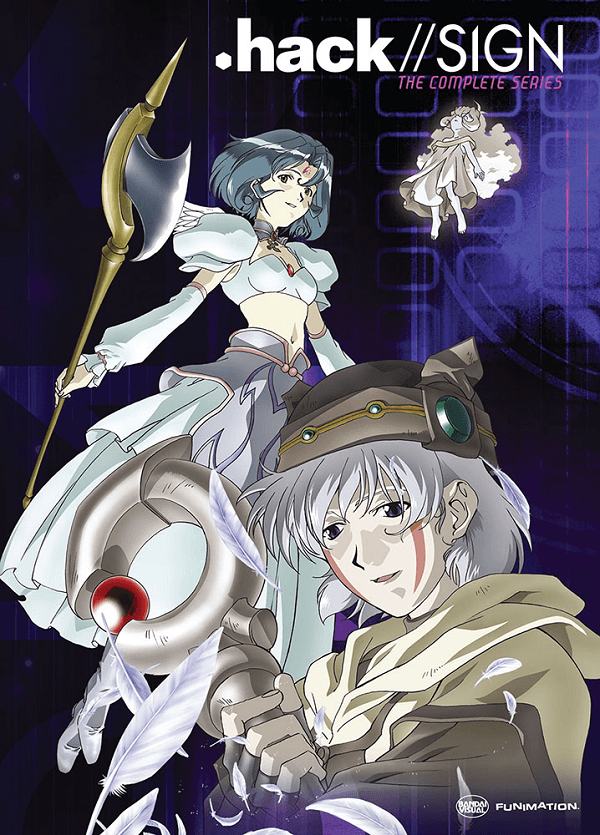 Overview
Over the last few years we have seen two extremely popular anime series utilize the concept of being trapped in an MMO as their core focus. With both series putting their own unique spin on the idea, there was plenty to enjoy but there are many who remember the early 2000s when a series debuted in the West that was completely fresh and brought with it a series of video games, numerous spin-offs, and various continuations. I’m talking of course about .hack//SIGN series.

Despite the series’ popularity, it has been an extremely long time since the .hack//SIGN series was made available for purchase in North America, mostly due to the fact that the previous license holder Bandai Entertainment went under. Now thanks to FUNimation rescuing the license, old fans and newcomers have the opportunity to purchase the complete .hack//SIGN series for the first time since 2006. That being said, is the series still worth picking up?

Story
The extremely popular MMORPG called “The World” allows players to immerse themselves into a virtual world where they can play with others and take on quests, fight monsters, explore dungeons, and more. However there has always been a mysterious feeling to “The World” including a certain item called the Key of the Twilight. When .hack//SIGN begins a male wavemaster awakens at the end of a dungeon with no recollection of how he managed to get there. Shortly after waking up, a female heavy blade named Mimiru comes across him and tries to speak with him before he uses a Sprite Ocarina to leave the area. 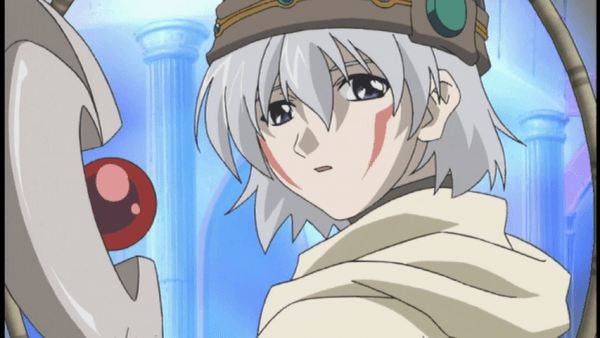 This wavemaster, named Tsukasa, soon finds that he is incapable of logging out of the world. Even stranger, he has no recollection of how he even entered The World or even being logged into a computer anywhere. Strange occurrences continue to happen around Tsukasa as a floating cat-like player gives him a strange but powerful guardian capable of causing harm to players in the real world and, guided by the cat and a disembodied voice, Tsukasa finds a young girl floating above a bed, asleep and clad in white in a mysterious hidden area that changes throughout the series.

Due to the appearance of Tsukasa’s guardian, the strange cat-like character capable of manipulating the game he is seen with, and his inability to log out of The World draws the attention of not only a few characters that try to help him out, but also the mod-like Crimson Knights that patrol The World in order to try and uphold justice. With Tsukasa trapped in the virtual world and numerous mysteries mounting, .hack//SIGN is a series that is slow paced but tells an intriguing and deep story. 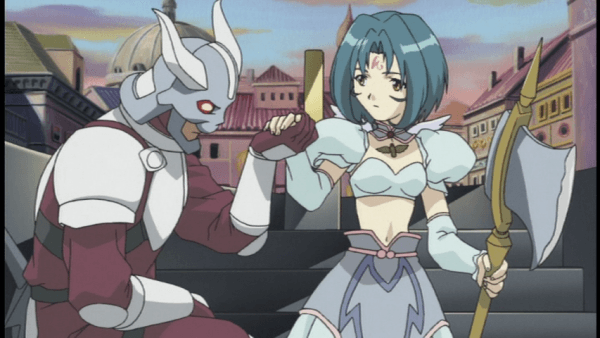 While .hack//SIGN may take place in an MMO and most of the time the characters are in field or dungeon, the amount of action that actually takes place is kept to a minimal level as the focus is instead on developing the numerous mysteries surrounding Tsukasa while focusing on him and the various characters that he interacts with. As I mentioned, this does mean that the series has a very slow pace as it utilizes its two cour length to flesh out every character in the series and allow for the story to unfold at a natural pace.

The story may focus on Tsukasa, who starts as an aimless and generally unlikable character that slowly develops as we learn about his past through flashbacks to the real world and through the help of those closest to him, especially the veteran player Bear, the leader of the Crimson Knights Subaru who grows close to him, and the persistence of Mimiru, we see him grow and open up his heart. 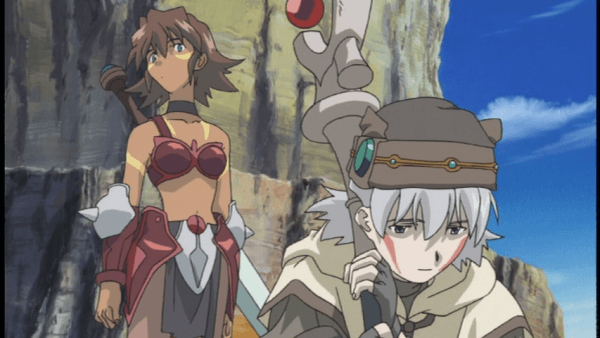 Every character surrounding him is given a large amount of focus as this is a story with multiple moving pieces and plenty of character development for most of the side-characters. This means that there can be numerous episodes where Tsukasa is merely a bit part while the rest of the characters deal with issues of their own, discuss the current situation and exchange information, and move forward with their own interests and motivations, some of which just so happen to coincide with Tsukasa’s issues.

By focusing so heavily on a character driven storyline there is a lot of content here but unfortunately this also means that there are quite a few episodes that simply feel like they contribute next to nothing to the actual storyline which only makes the slow pace all the more annoying to deal with. However when the story is focused on, there are multiple layers to delve through and that makes even some of these less important episodes important to watch as the mystery of what is actually happening in The World and to Tsukasa, the origin of the floating girl, and more are all wrapped in a tangled web that slowly unravels as the series approaches the finale. 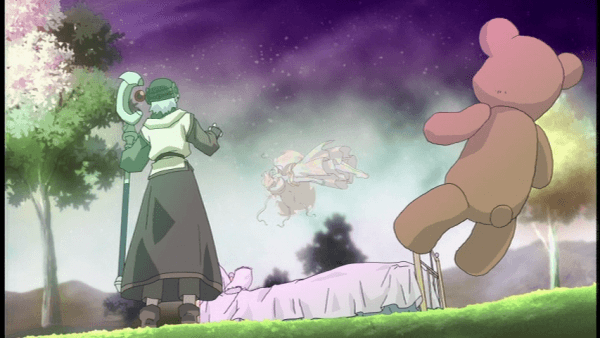 While many questions are eventually answered, there is plenty of misdirection at play due to many of the characters having no clue what they are actually dealing with, especially since there are numerous secrets within The World that have been hidden away by the creator. That being said, while Tsukasa’s part in the story and his connections with certain characters are developed and wrapped up in a satisfying manner, there are many aspects of the story that are still left hanging in order to be solved through games that were released shortly after the series ended and require a dusted off PS2 to revisit.

Visuals
This release of .hack//SIGN comes exclusively on DVD which means that while the series does look a bit better than we may remember from when it aired on television, there isn’t a significant upgrade outside of a cleaner looking picture. Considering .hack//SIGN was originally created in 2002, the character designs and environmental artwork are as memorable as ever thanks to the extensive amount of detail put into making the environments vary wildly in design and fit the fantasy theme while many of the characters remain clearly memorable years later. 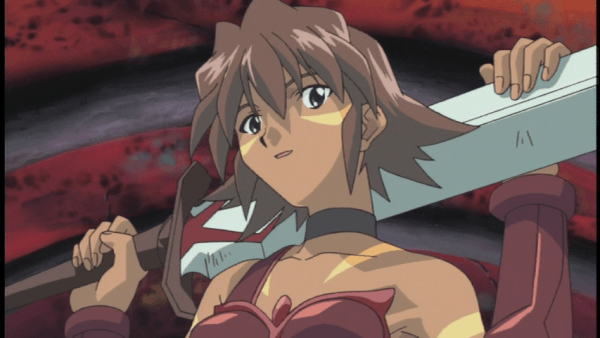 As mentioned before, the amount of actual action in .hack//SIGN is minimal which means that the actual animation is also very limited or fairly stiff looking for certain scenes. This means that most of the time characters will simply be idly standing around talking or include close-ups and cut-aways from the action to minimize the amount of movement actually taking place in any given sequence.

Audio
It is worth noting that while FUNimation is releasing the series, they have not re-dubbed the anime in any way and this means that the series retains the original English dub that many fans will remember as well as the Japanese voice track. The English voice cast does an okay job handling their characters but a number of the more dramatic situations sound very flat either due to the age of the recording or poor performances by the original English cast, meaning this may be the time to see how these memorable characters sound in Japanese now that the option is available. 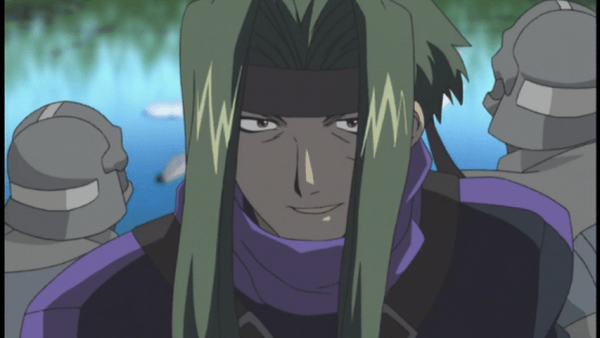 One thing that is stellar about .hack//SIGN is the series’ soundtrack. Not only are there numerous background tracks with mysterious folklore styled vocals backed up by orchestral tunes that appear numerous times throughout the series. As far as the opening and ending themes, an English techno song titled “Obsession” by See-Saw serves as a fitting and memorable opening for a series such as this one while the ending “Gentle Dawn” also by See-Saw works as an emotional orchestral closing song.

Extras
This release of .hack//SIGN includes clean versions of the opening and ending themes, a character art reel, and original Japanese promotional videos, commercials, and trailers for the series.

Overall
A full twelve years after debuting in North America, .hack//SIGN still holds strong despite a number of other similar series appearing in recent years. While this iconic series does have its flaws in the form of a slow pace and less than stellar dubwork, this is the best way for longtime fans of .hack to obtain the series and relive the mysteries of The World while also serving as a great way to introduce newcomers to a well-crafted story featuring memorable characters that began a multimedia franchise that lasted for over a decade.