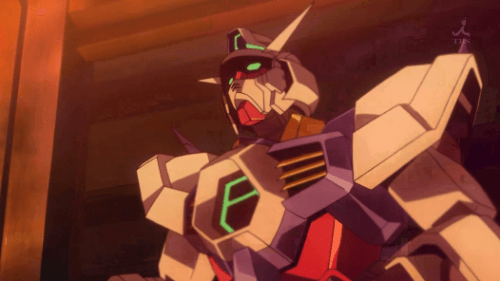 This has been a strong showing for Sunrise this season, with series like Phi Brain with it’s complex and engaging puzzle concept to Horizon on the Middle of Nowhere with it’s bizaare nonsensical sense of humour and now Gundam AGE. Now it is worth noting that I am somewhat of a newbie to the Gundam franchise, having only watched an episode of Gundam Seed and about 3 episodes of Gundam 00. So needless to say, I am not going into Gundam AGE with a wealth of knowledge on the franchise’s history.

Despite going in without any prior experience with the franchise, I found myself highly engrossed in this first episode. I was hooked in with the emotional cold-open of Fleet’s past and continued to be glued until it’s final moments. It is not everyday an episode opens and ends in all out war and actually pulls it off with ease.

But that is exactly what Gundam AGE has done. Everything felt so grand in scale and as a whole bigger than nearly all of the new series this Fall season (you could make a case for Hunter x Hunter). Which I attribute to both the excellent pacing and execution as well as the well composed characters that held it all together. 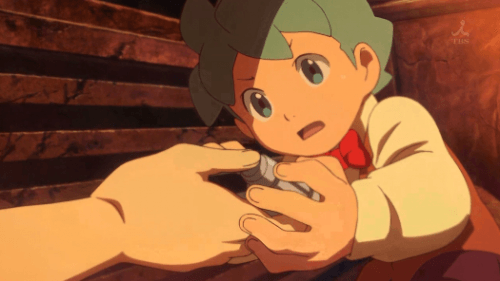 The entire episode really set the bar for what is to come with this series, not only that but the overall production quality of the episode was phenomenal. The animation on show here was awe-inspiring, in particular the fight scene at the end between Fleet’s Gundam and one of UE Mobile Suits.

Fans of the Gundam franchise have been quite vocal regarding the new art-style of this new series with some going as far as to call it “kiddy”. I assure you the artwork here is not what I would classify as kiddy. If anything I’d say it is quite reminiscent of the Mega Man franchise. With a lot of the character designs reminding me of that style. Regardless, it does the job and looks great while doing so. 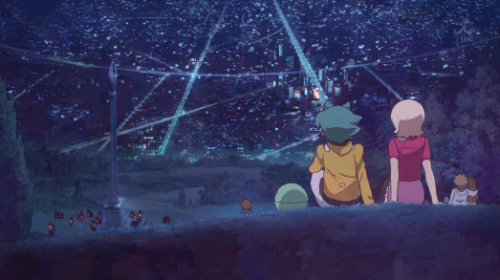 As for the music, well I am not entirely sold. I personally would have chosen something with a little more punch, instead of the ballad’s that were used. But that is just me. For a series with giant mech fights and as much action as this, I think a much faster paced opening and ending was warranted. Thankfully, the soundtrack shines through with the background music which perfectly captured the mood and atmosphere of what was occuring on screen providing a great companion to the events of the episode.

This first episode of Gundam AGE really set the tone for things to come and if what was on show here is anything to go by we have some really huge things ahead of us with this series. The preview for next episode promises the continued struggle with the UE, which is sure to be enthralling. All-in-all I was completely blown away and eagerly anticipate the next episode to see where this series will take us.