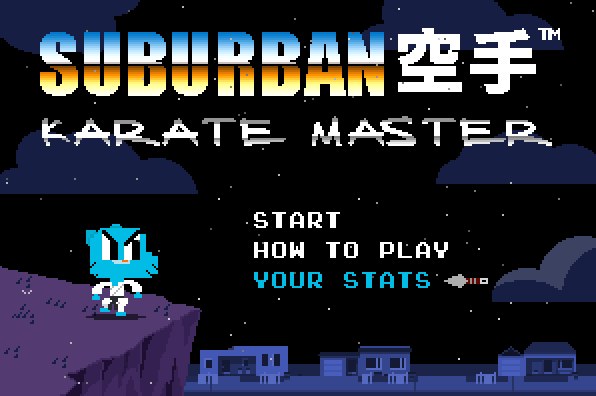 Overview:
Flash games are a dime a dozen, but the entire medium itself is a decidedly mixed bag. Some of them are addictive, some of them are monotonous, some are fun, some are good and some are bad. It’s one hell of a mixed bag. You can dip your hand into the plethora of options available and you would never know what you might get.

Suburban Karate Master is a game that doesn’t aim for much more than being a simple time killer. It’s fun and would definitely excite the younger audience it is targeted towards, but it does little more and it doesn’t need to. It’s just a straight forward game that lacks ambition to be something more. 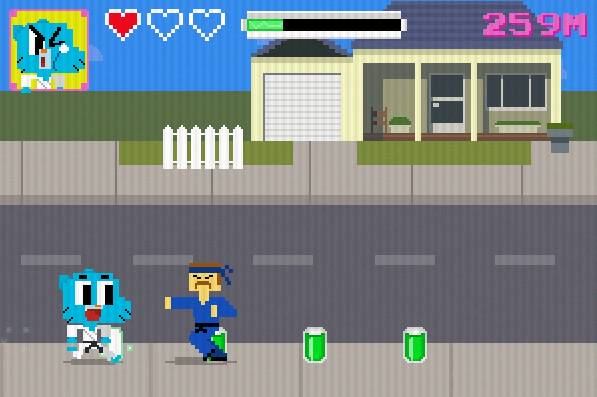 Story:
This is all in all a very simple game, it is based upon the Gumball cartoon series which of course airs on Cartoon Network. The game follows the titular character as he busts out his Karate skills against on coming obstacles and enemies. There is no storyline and no real tie in to the cartoon itself other than the characters it features.

Gameplay:
Suburban Karate Master’s main focus is upon it’s gameplay. Things are relatively straight forward, you play the game with the space bar and up and down keys, the space bar being your attack button and up and down performing a jump and slide respectively. Gumball walks automatically which simplifies things to a simple button presser.

The major focus is on pressing the right key at the right time. For instance if a fire ball is hurtling towards you, you slide underneath it, if a fire hydrant is in your path you jump over it or if a ninja approaches you you attack him. If Gumball gets hit three times by one of the many obstacles that confront him it results in a game over. However if you last long enough to fill up your charge bar, Gumball summons one of his friends that boosts him past many obstacles. It’s all to the point and uncomplicated, which is of course absolutely perfect for Gumball’s target audience, the younger audience.

There is no complication in this game, it is just simple easy to understand fun. It may grow somewhat tiresome after a while, but for the most part it enjoyable and proves to be a nice little game to waste some time with. It aims low and lands neatly upon that goal. 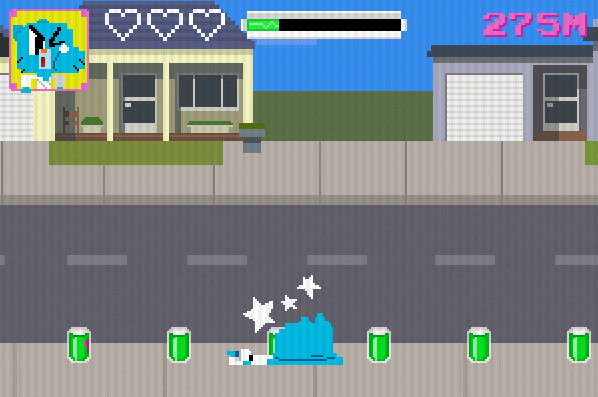 Visuals and Audio:
From a graphical stand point, Suburban Karate Master is a throw back to old school 8-bit beat em up games. It definitely harkens back memories of NES side scrolling beat em up games with it’s simplified pixelated visuals. It is both vibrant and restrained, it is quite a bright game but also one that holds a lot back visually. For a franchise such as Gumball it definitely could have been more visually striking, it however was quite simple and somewhat droll.

The game does feature a nice soundtrack, although it appears to only comprise of one track, which in itself is a generic chip tune romp that feels incredibly familiar. Regardless, this is simply a flash game and as long as that one song sounds good then it doesn’t particularly matter. The audio matches the visuals and that is the bare minimum that Suburban Karate Master required. It doesn’t go above and beyond, instead it chooses to just sit satisfied with just doing the job it had to do. 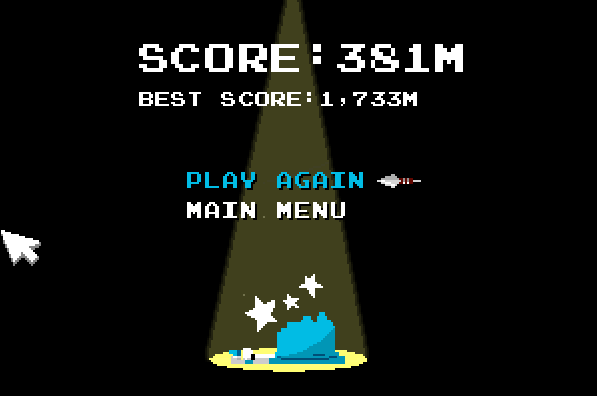 Overall:
At the end of the day, Gumball: Suburban Karate Master is an enjoyable time killer that offers fleeting fun. It will not get you addicted and it will not leave any real lasting impression upon you, but it will definitely provide you with some fun despite however vapid that fun may be. It succeeds, but it didn’t aim for much more than that.

For an online flash game, Suburban Karate Master is good but not great. It’s worth a look if you are a fan of the cartoon and it is certainly something to give the kids a go at. Just don’t expect much more than a few minutes of play before you have reached the limitations of this simple game.