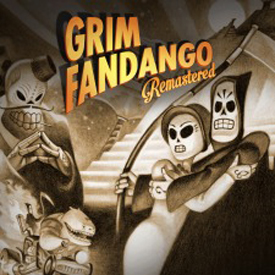 Grim Frandango is one of those games that lives in infamy as a legend of its time. Now Tim Schafer’s day of the dead inspired adventure game is back from the land of the dead with a fresh coat of paint and a brand new orchestra. While the visuals have been touched up, they still show their age and the whole package is let down because of it. Despite its flaws there is a lot to like in this package, whether you are a long-time fan of the original or you have never played an adventure game in your life. 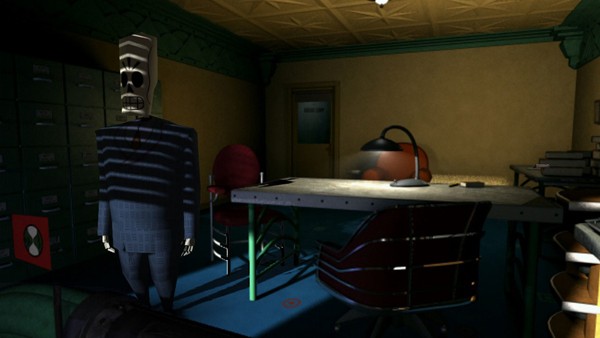 Most of you out there already know, but Grim Fandango puts you in the role of Manuel Calavera, a lost soul who is slowly working his way to ascension into heaven by being a travel agent in The Land of the Dead. After discovering that all of his clients have lived bad lives, thus slowing down Manuel’s processing time and subsequently his ascension, he gets tired of waiting and decides to find out what’s really going on.

The story is always a vital part of the adventure game genre, and Grim Fandango’s lives up to its reputation. There is a lot of emotional depth and character driven moments in this game to rival any of today’s modern AAA blockbuster-esq titles. 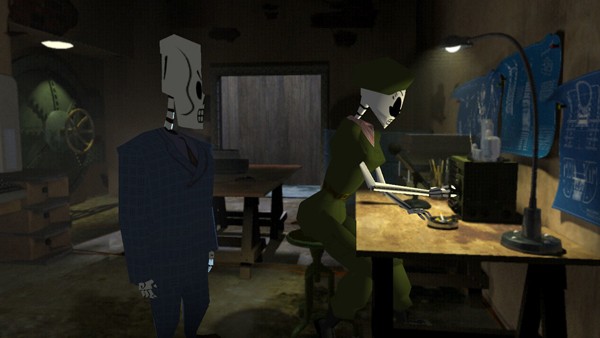 Adventure games were all the rage in the late 90s and Grim Fandango was by far one of the most popular. Grim Fandango’s   blend of strong story and challenging controls mean that its gameplay stands the test of time. Grim Fandango Remastered retains the exact same out-of-the-box style of puzzle gaming that really makes you think about what you’re doing and reintroduces it to a modern audience.

The original Grim Fandango featured tank-style controls (pressing UP always moves you forward) and while they are still present in Remastered, the developers have also added a new and admittedly much smoother point and click control style. Using the Vita’s touch screen, players can tap and drag around the screen to move Manuel around and interact with the world around him. 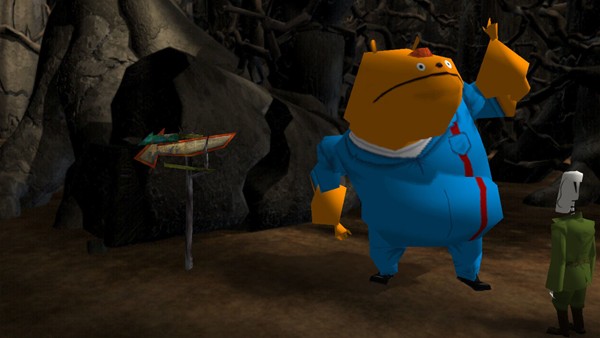 Grim Fandango is a game that relies heavily on its puzzles, and these are unsurprisingly quite difficult. If you aren’t used to the game or its outside the box kind of thinking, a lot of these puzzles and challenges will likely have you completely stumped.

One thing that really impressed me with G.F.Remastered is the fact that unlike most other games that get a remake, there is no tutorial, hints, tips or anything else that bogs down the gameplay. In a day and age where every new game has invasive tutorials or glaringly obvious suggestions, Grim Fandango remains true to its roots and relies on the “trial and error” style gameplay that made the adventure genre so popular in the first place. 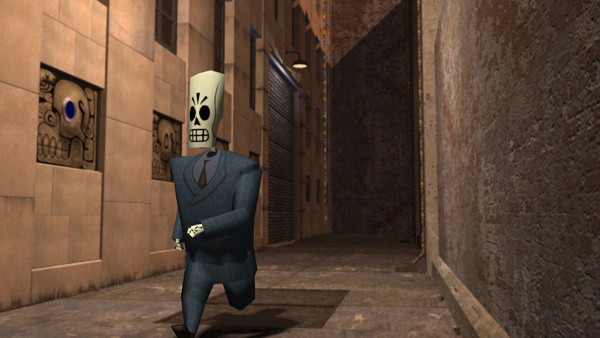 Grim Fandango takes an interesting visual concept and brings it to life on your television (or handheld) screen. The game takes inspiration from the calaca figures that are used Day of the Dead celebrations, and feature a lot of intricate detail in its comically drawn characters. The art direction is perhaps one of the reasons that this game has maintained its reputation for so long.

As with most remakes and rereleases nowadays, Grim Fandango Remastered’s visuals have gotten a fresh coat of paint. Character models look better than they ever have before but sadly the same can’t be said for the pre-rendered backgrounds. The character models have been redone, but Double Fine have opted to leave the original background models how they appeared in the 1998 version, which has left them looking pixelated, dated and downright ugly. 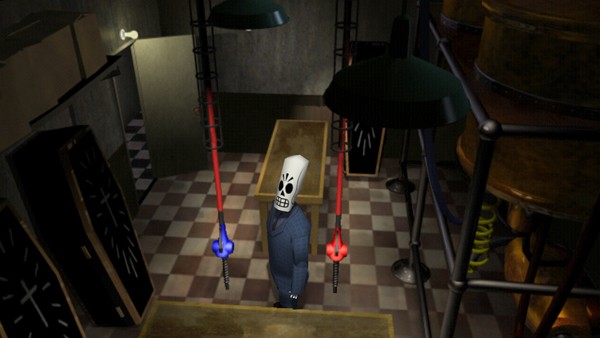 What makes the biggest difference in terms of visuals between the two releases is without a doubt the new lighting engine. The way that light filters through closed shutters, off of lamps and lightglobes is really incredible and provides a whole new layer of depth to the game. With the visual upgrades being a little less than stellar, the whole package feels subsequently dated and the remaster comes off as lazy.

While Grim Fandango Remastered’s visuals are a bit of a mixed bag, the same cannot be said for its audio. The Melbourne Symphony Orchestra has redone the game’s already legendary soundtrack and the result is simply amazing. I am a big proponent of video game soundtracks being orchestrated and this game right here shows why. The game features a score that is part big band jazz, part mariachi and the orchestrated remaster sounds absolutely phenomenal. 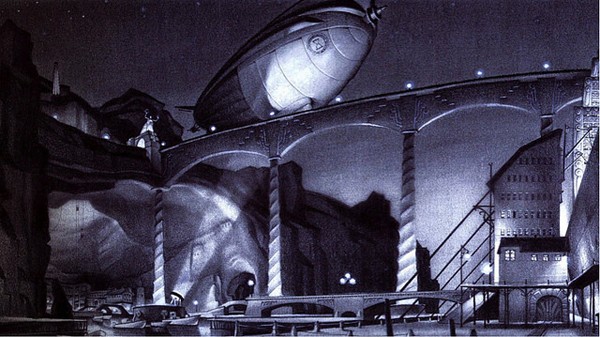 I never played Grim Fandango when it was first released, so I don’t have a lot of nostalgic memories that a lot of people out there will, however I still thoroughly enjoyed my time with the game even if it did feel a little dated. When it comes to remakes and remasteres, some do it better than others. Sadly, the visual touch-ups on this classic game don’t make the game look any fresher than its 1998 iteration.