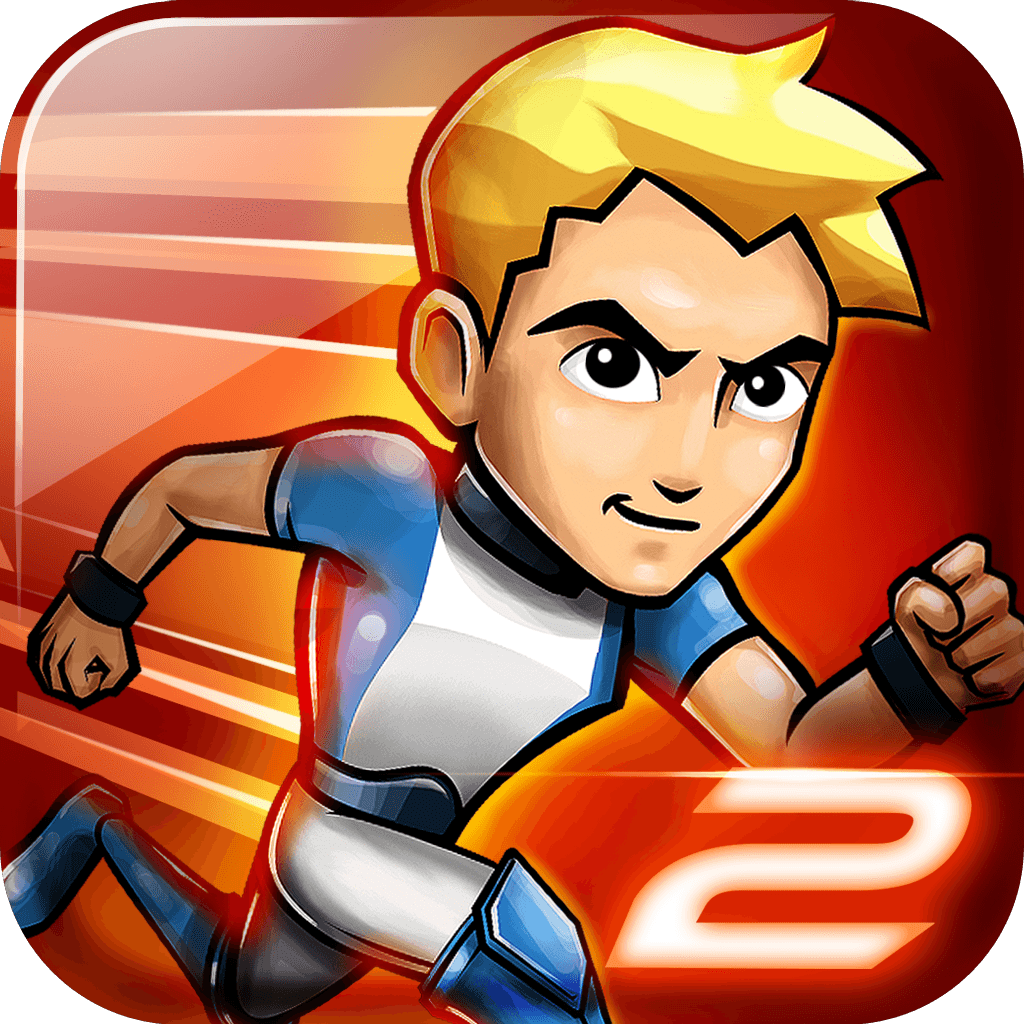 Overview
Do you like sidescrollers? Do you like coins? Well check out Gravity Guy 2. From Miniclip comes the sequel to Gravity Guy on iOS and Windows, though in reality the two play very differently. Gone are the powers to invert gravity, instead replaced by the power to raise the platforms before you. Enter the world of gravity once more, this time with all new powers and a whole different Guy. 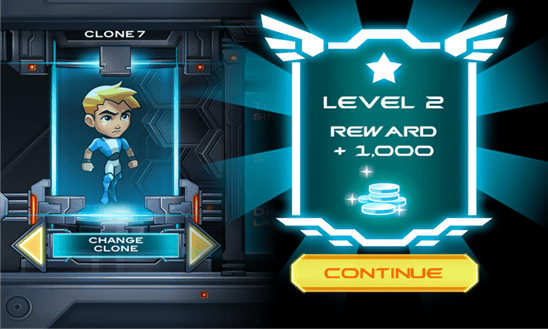 Story
Though it’s an “all there in the manual” kind of story, Gravity Guy 2 does have one. In a world where gravity laws were broken, one brave man was held captive for defying the rules. Forced to run for his life, our brave hero was captured after tirelessly trying to escape. Captured and beamed onto a spaceship by the Gravity Troops, he discovered a terrible truth: he was going to be cloned. Now the subject of an evil plan, the rebel’s DNA, along with that of other inhabitants, was collected. Now forced to race across his once free homeworld, our hero is caught in a loop of escape. Each time he dies, a clone replaces him, beginning the race anew. How long will this continue and is there hope for our Gravity Guy? 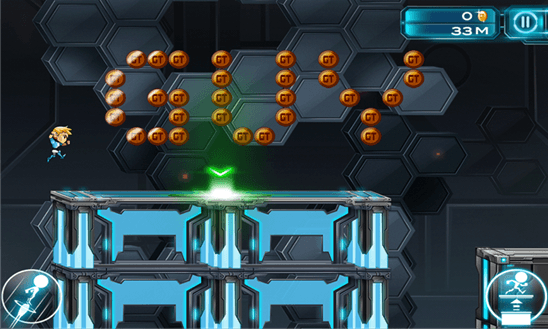 Gameplay
The key element to Gravity Guy 2 is platform manipulation. Think side scrolling run and jump, where you don’t really jump. Rather than leaping over chasms to avoid the ultimate fate of all never ending scrollers, players control the platforms themselves. Stands raise when the “jump” button is held and lower when it is released. Raising higher than the next platform in line, allows the player to fall onto the next platform.Using this tactic players have to catch the Gravity Guy, creating a path to the end. The game encourages skill and timing by placing targets on random platforms. Landing on these targets grants a score boost and allow a combo to be built up if they are hit in succession. The targets eventually gain a difficulty of their own with the appearance of light beams. Crossing through grants a bonus, whilst being too low or too high and hitting the projector balls results in death. 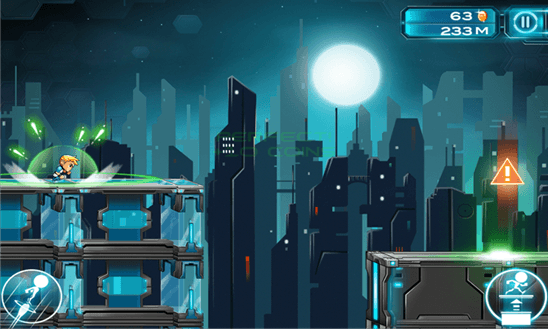 A boost function is also available, granting a small burst of speed and distance during each “jump” and allowing players to save themselves from falling. As the game progresses, more hazards appear, such as electrified ground, combined with a creeping increase in speed. As is common in a never ending runner, players collect coins. Using said coins, players can buy various skins for Gravity Guy as well as one shot powers that aid in each run. 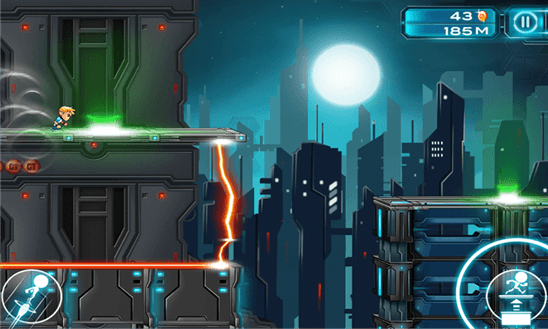 Visuals and Audio
Gravity Guy 2 has a distinctive cartoon-like style. All variations of the player character are chibi style, featuring large heads and relatively small bodies. The background itself is fairly clean and simple. More often than not, a hexagon framework makes up the walls of the base Gravity Guy is running through. Occasionally there are scenery breaks, where a city can be seen in the background and sometimes other characters can be seen as well, though this is generally if you progress fairly far into a level.

The audio itself progresses as Gravity Guy runs further into the level. What begins as fairly slow bongo style beats, eventually evolves a more sci-fi feel as more instruments are added. Though simple, the music does do a good job in keeping up with the feel of increasing speed the game creates. 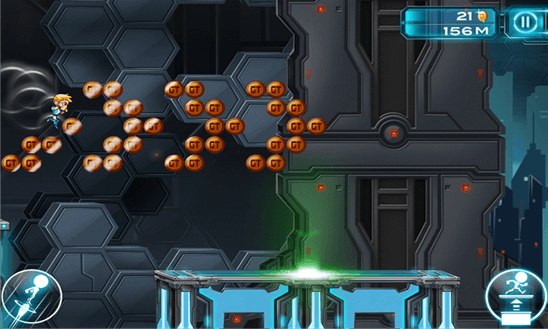 Overall
Gravity Guy 2 is a good game. That being said, it’s not a particularly amazing game. If you enjoy the never ending nature of casual games as well as side scrollers, you’ll have a blast. The game itself is surprisingly addicting and I found myself trying to gather as many coins as I could. Unfortunately, the other characters are surprisingly expensive, so unless you lay down some real world dollars for some in App purchases, you’ll be hoarding coins for a while. All in all, Gravity Guy 2 is a fun casual game to pass time. Though not overly memorable, the game is unique enough to warrant multiple plays.