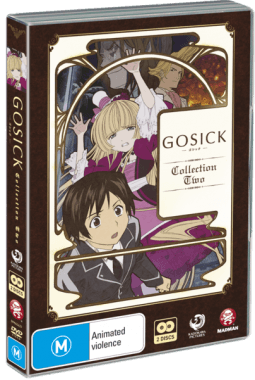 Overview:
What make’s a mystery series good and what makes a mystery series bad? Well a good mystery series doesn’t have predictable conclusions to the central mystery. A good mystery is one that the audience is never smart enough to figure out. It leaves them completely in the palm of the creators hand as they take them for a wild ride but never letting them outsmart them. A good mystery surprises you. A bad mystery is obvious the antithesis of this, it’s obvious from the start what the solution to the puzzle is and the audience is simply watching along as the characters slowly figure out what the viewer knew all along. The characters should always be a step ahead of the viewer. GOSICK makes this mistake in it’s ill-fated second half. The mystique of the it’s first half fades into what amounts to nothing short of droll predictability. 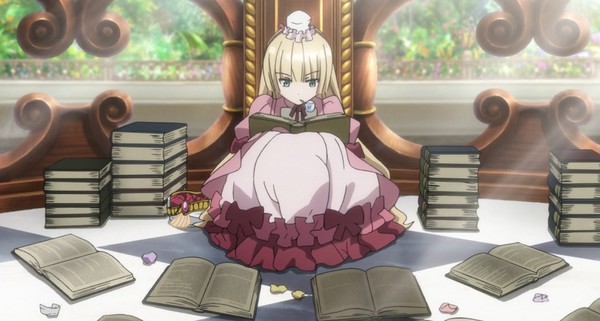 Story:
The first part of GOSICK which I previously reviewed stood out to me for it’s deft pacing and intelligent writing. It’s mysteries were well conceived and genuinely compelling. So what exactly happened with this second half that caused things to become so messed up? What was originally an often brilliant mystery anime devolves into a utterly pedestrian affair by the time it’s final act kicks in.

It’s a shame that the creators seem to genuinely stop caring at around episode 18. The writing noticeably drops in quality and what was once engaging is now a chore to watch. The mysteries become far more straightforward and bland while simultaneously the characters almost completely come to a stand-still in terms of development. Everything becomes utterly stagnant and just screams of apathy on part of the people working on this series.

All of this of course culminates in the series finale which was nothing short of a disappointment. There was no real emotional pay off, instead things quickly tie up any loose ends and skip to the happy endings. It couldn’t be anymore benign. It’s far too predictable, a problem that afflicts the second half as a whole. The mysteries begin to become far too simple and at some point, don’t even feel like these characters are solving a mystery so much as they are moving from one action scene to the next.

But of course the biggest issue is that none of this is remotely engaging. The fun chemistry between the two leads we witnessed in Collection 1 seems to be completely strung out by the time the final few episodes roll out leaving little but boring banter amongst the two with very little substance behind it. That’s the major issue with this half of the series really, it’s just lazy and does very little to add the same level of substance as seen in the series’ beginnings. It’s nothing more than disappointing, when there was a lot they had to work with in terms of both characters and plot.

GOSICK had potential to be so much more than it was and that is a damn shame. The characters and plotting were so refined and polished, but somewhere along the way it all falls apart. What could have been a modern day classic is nothing more than yet another footnote in a long list of footnotes of anime history. 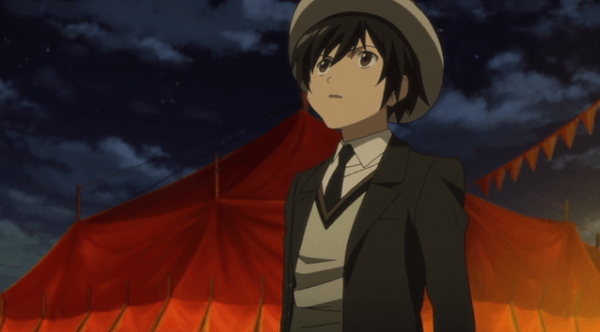 Visuals and Audio:
Aesthetically GOSICK is still a quite pretty series. It’s a shame that the soundtrack really falls off the deep end with this collection. Tracks are poorly timed and often do not fit the scene in which they are used at all. There will be a sad scene that for no explicable reason is backed by a gleeful tune and really that is the sort of sloppy work that makes this second half of the series so disappointing. The voice acting is thankfully still strong enough to deserve a mention, in particular the performance of Aoi Yuki who does a brilliant job elevating the wooden dialogue she is given as Victorique to a standard that the series should have been able to uphold from start to finish.

Getting back to the aesthetics of this collection, I must say the animation remains incredible fluid and the art is still as vibrant and inviting as always while also being able to turn on a dime at any given moment and provide some truly stunning dark imagery. Overall the art is one of the only high points of this overall weak release. 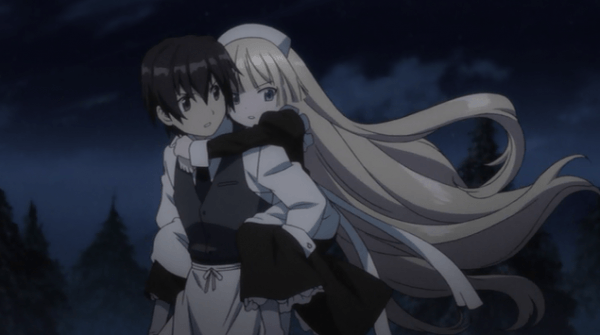 Extras:
Madman didn’t help make this release any better by only including the bare essentials with this collection. Not only is this release without an English dub, it also features bugger all in terms of bonus content. All that we have included is your bog standard content like trailers and textless opening and endings. For the price tag, I honestly don’t feel this is even remotely close to value for money. Not only does the series take a noticeable downturn in quality in this part, but it is ultimately a bare bones release with little in the way of replay-ability  There is very little here that earns it the hefty price tag and as such it’s a difficult collection to recommend to anyone who isn’t hardcore about GOSICK. Like the other aspects of the product, it’s just a disappointment. 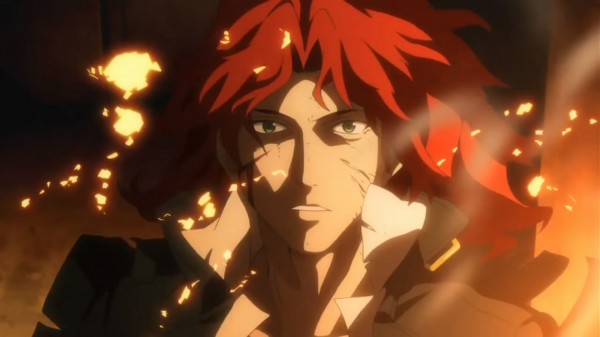 Overall:
GOSICK Collection 2 is a a difficult product to recommend, due to the fact it’s not only expensive but also a relatively weak release as a whole. The series falls apart in terms of plot, there is next to no bonus content, there is no English dub and the soundtrack is incredibly poorly timed. It’s just a top to bottom disappointing release that honestly needed a little longer in the oven in many aspects. This is one best saved for those who are mad about GOSICK. Sure it’s disappointing, but hardcore fans will still get a kick out of it despite it’s overwhelming flaws. So if that isn’t you then what do you do? Well it’s simple really, it’s best you avoid this release. That was a pretty simple mystery to solve.