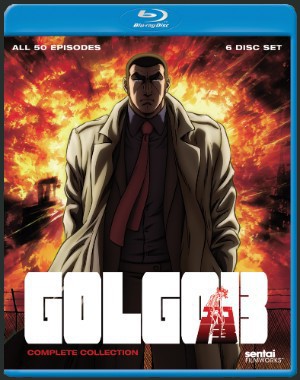 Overview
Golgo 13, the greatest sniper and professional assassin, in all of the world finds his complete series collected in one set. With the ability to make impossible shots and willing to carry out missions that no one else will do, Golgo 13 is an interesting beast. Collecting all 50 episodes together is definitely the ultimate collection, but is it worthy of this pro among pros? 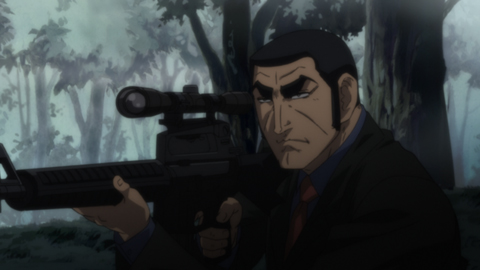 Story
The story of Golgo 13 as a series is fairly easy to pick up on right away, 50 almost completely one-shot adventures of the sniper Duke Togo, code-named Golgo 13, as he travels the global meeting and killing interesting people. While there isn’t an over arching plot across the entirety of the series, there are still a few instances of addition developments, characters popping back up in Golgo’s life again. Though the fact is that the vast majority of re-occurrences of characters tends to happen in the first half of the series. Does the series hurt from a lack of overall plot? Not particularly, as it probably made the show easier to get into when originally airing on TV, where other anime tend to view much better straight through.

So, based solely as a series of stand alone adventures, Golgo 13 does a decent job in supplying action and sex, the only thing the series really lacks however is a central focus. The main character, Duke Togo himself, is predominantly an emotional void, the first few episodes focus on him and just how amazing he is, but it does become stale pretty quickly. Luckily however the show finds a much better aspect to spend its time, the side characters. Without a central supporting cast the series instead treats each episode as a view into different people’s lives, not with Golgo as the main character, but simply a plot device. Akin to the series Hell Girl, this show isn’t trying to sell people on how awesome Golgo is or say anything too deeply about him, anytime it does try it does so ham-handedly, but look at the type of people that would hire an assassin and for what reasons, then look at what happens because of it. 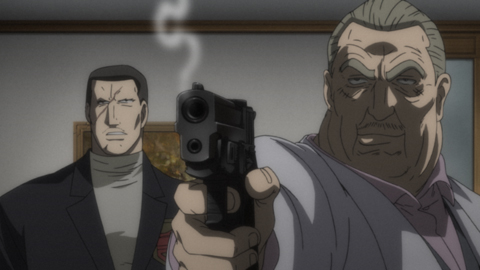 Based on these realizations on the show, it is easy to see where the episodes lie in terms of quality. Generally those centered around Golgo are alright but not outstanding, while those where he is just a plot device succeed in creating a fairly realistic world, even with Golgo going around shooting strings off violins. Having all the episodes able to stand alone then makes it much easier to accomplish this. The series also does well in terms of originality, every job in every episode is different enough to avoid becoming boring or predictable, plus at 50 episodes the series doesn’t end up having to go too far outlandishly, the mech episode not-withstanding.

Visuals
In terms of art, Golgo 13 is very flat and muted though as a stylistic choice. Every scene is filtered through a grain, to give a somewhat “realistic” feel to the series, that while makes sense does end up distracting somewhat, especially on Blu-Ray. In held in contrast with the commercial bookends every episode that don’t have this filter, it feels like the viewer is forced to miss out on quality. The commercial bookends really do look spectacular, acting almost as individual posters for each episode. 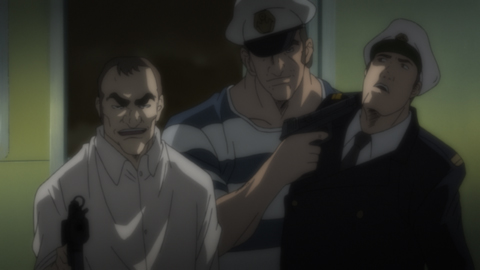 The character designs are for the most part well done throughout the series, with one unfortunate problem. With 50 episodes of different characters, many of whom getting killed, several character designs end up seeming to be reused. It can be somewhat disengaging to see a new character that looks strikingly similar to someone that had been killed episodes ago, but with the bodycount the series has, it’s almost inevitable.

Audio
The voice acting suffers in the same way as the character designs, just in a different way, meaning of course that with so many different characters throughout the series the voice acting ends up sounding a little ridiculous partway through. Seeming to impact the English dub far more than the original Japanese, new characters start to sound more silly in an effort to distinguish all the different characters throughout the series. So preference might lean towards the Japanese because of this. 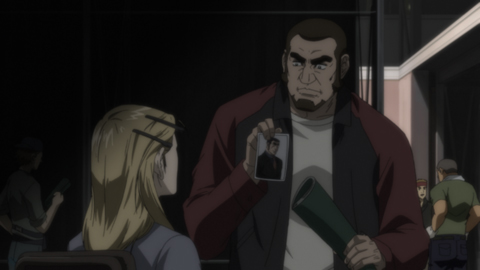 The music, excluding the opening and ending themes, is very similar to noir or radio plays in terms of execution. With a small set of specific themes for things like suspense, mystery, and action, Golgo 13 goes about its music very simply and do well to fit the style of the series as a whole. The opening themes, “Take the Wave” by Naifu and “So Faraway” by Pinc Inc, as well as all four ending ending themes “Glass Highway” by doa, “Yume no Hitotsu“ by Garnet Crow, “Sono Hohoemi Yo Eien ni” by Aiko Kitahara, and “Mou Kimi wo Hitori ni Sasenai” by U-KA Saegusa in DB seem strange at first not really fitting the themes of the series, until seen from the side of the clients, instead of Golgo. Viewed this way all the themes represent all the different things Golgo is to his clients, from carrying out their dreams to being a lover.

Extras
In terms of special features the 6 Blu-Ray disc set doesn’t hold all that much. It does include clean opening and endings, plus the trailers for other upcoming series, but not much else outside of the 50 episode series. The clean opening and endings themselves are weird as they are not separated out individually, but instead just as both openings together and the endings together. The feature also lacks the first ending entirely, so playing the clean ending animation will only show the second, third, and fourth, which is odd, though these three together actually do form a small story unto themselves. 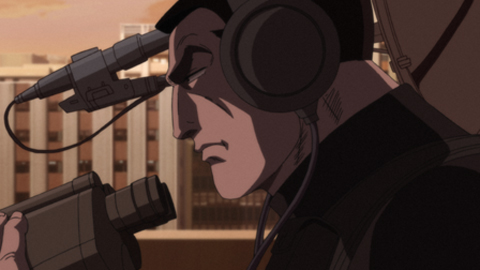 Overall
Golgo 13 is not a series about Golgo 13, but instead the separate stories of both bad and good people as they live their lives and hire snipers to do things for them. Judged on this, the series does a good job, but is definitely not right for everyone. Though unfortunately the series choose to hamstring its visual and audio for style the series still has something to offer. Those that want to know more about Golgo the man, will be left wanting, while those interested in looking at a wide variety of character pieces will find something interesting unfold in the vast majority of episodes.