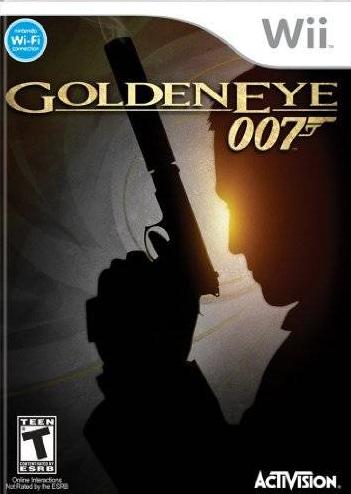 On August 25th, 1997, the first person shooter changed forever with the release of Goldeneye for the Nintendo 64. Sure the story was great, but most gamers remember that title for the gameplay as paved the way for multi-player shooters we all bank hours into today. With an interesting cast, crazy modes, and a perfectly balanced control scheme many consider the original Goldeneye to be one of the best games of all time. Over 13 years later, Eurocom have developed a brand new Goldeneye, this time for the Nintendo Wii. With a mix of fan service and updated graphics and gameplay, Goldeneye 007 has been one of this years most anticipated titles. How does it stand up? Here is my review.

Story
The main story in the game is based off the Goldeneye movie, just like the classic Goldeneye. Now there are some differences to point out with this though. Of course the graphics are now heavily updated (which I will touch on in a bit) as well as the sound, but the main difference in the story is the 2010 vibe that is given off.

First thing I should mention is that this Bond is of course not Pierce Brosnan, but instead the current Bond actor, Daniel Craig. Now I didn’t care for this all that much. Daniel Craig does an awesome job as Bond, don’t get me wrong, but in a game where nostalgia and fan service seem to be first priority, this was a small let down for me. I should explain this better though to paint a picture of how this even effects the story. 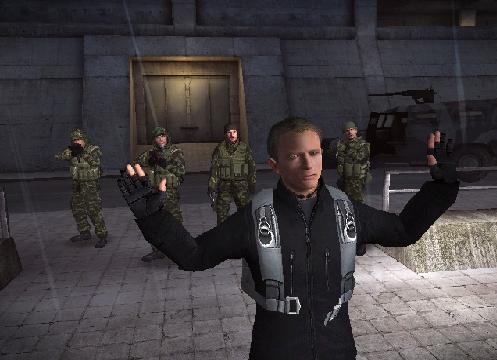 When you are in the story mode, accomplishing missions, fighting the Russians, ect., the whole game’s atmosphere can easily suck you in to that same feeling from the classic, but when a cutscene appears showing Daniel Craig instead of Pierce Brosnan, I was sucked back from my nostalgic 1997 feeling instantly. This was mainly just a personal preference, but either way nostalgia should not be used when going into the story mode is what I ultimately had to learn though, and once I got over that detail, the game took off for me.

The other updates to the story are mainly bringing present-day culture into the game, such as technology and other gadgets the classic version could never dream of having. I did like this a lot and along with the many cutscenes in the game, everything is easy to follow and the top notch writing bring out the characters in the present day setting well. The new voice work also adds a lot of depth to each personality portrayed.

Gameplay
The heart and soul of Goldeneye is meant to be the gameplay. Controls are very important in any Bond title, and with a name like Goldeneye, they need to live up to the standards that tag carries. I was very pleased with how Eurocom did the whole scheme as new players and old fans can each have a more personalized feel in this re-imagining. Players can choose from the Wii-Mote and Nunchuck, Classic Controller, Wii Zapper or the Gamecube controls to use their character or Bond Himself. I played with all of these, and while they all work fine, the classic controller stands miles above the other options.

With the dual sticks, controlling Bond or your multiplayer character of choice has never been easier. Each gun controls about the same as the next, but zooming in, cycling through weapons, and even the the added ability to now charge at enemies all is pulled off with ease and feels like many shooters of today such as Call of Duty and even the Halo series in some ways. The Wii-Mote does have a bit of an advantage with head-shots I noticed, but the classic controller just made the game more fun for me overall. 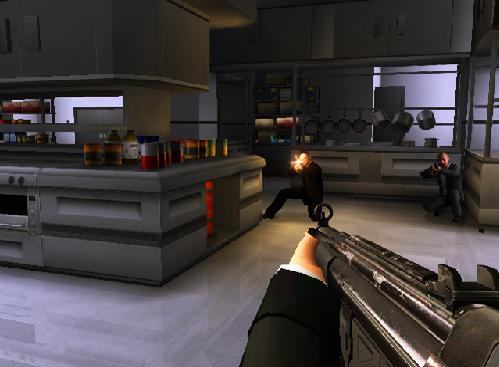 In story mode, missions are made where you can go back and get anything you might have missed during your first run, which should add a lot more value to the title for speed runners or perfectionists. Enemy AI is about standard fare for a current shooter, but it all seemed to work well. Enemies are smart enough to sense your presence which adds to the much needed stealth portion of the game. You can try to just charge through each level, but you won’t get very far as strategy is really needed to not cause alarm in many areas or you can easily surround yourself with enemies. I know this all too well now, but I wouldn’t have it any other way.

The standard shooting/stealth style gameplay is used throughout most of the story mode, but Goldeneye does switch it up from time to time. Bond is equipped with a smart-phone, allowing the ability to hack into computers and shut off security systems or perform several objectives in missions. The best part of story mode though is some of the events that happen on the fly, throwing the player right into a huge action sequence. From hopping on a motorcycle and shooting soldiers out of an airplane to running from rockets being blasted at you while escaping a burning building, every one of these events is action packed and feel as if they were ripped straight out of a movie. Not only are these one of the funnest features in the story, but they also happen smoothly and with no hiccups and actually require timing and skill rather quick-time button presses like many current action games use. The story does have it’s slow moments from time to time, like walking for instance without weapons for cutscene-like story progression. These took a bit out of the fast pace of some of the story mode but I felt the action sequences balanced it out well enough.

Difficulty is a big factor of how you play the game as well. With four difficulties, the one I should boast most about is the Classic 007 Mode. This mode does not let your health recharge (a problem I didn’t really notice too much, but I have several others did not like) and makes you keep an eye out for armor to restore health while in missions. This may sound a bit harder, but it actually encourages much more stealth and thought to be put into the game, and this difficulty in all honesty is one of the factors in the game that fans of the classic will enjoy most as it feels the closest to how the original was done. Replay value with these difficulties goes up incredibly and can turn the single player mode on it’s head providing a completely different experience. 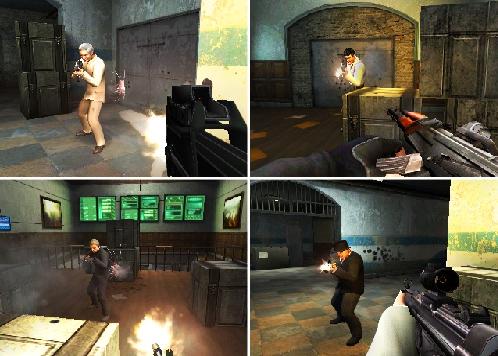 Multiplayer
In the classic Goldeneye, split-screen multiplayer was the backbone of the game’s success in my opinion and this game does recapture the feeling of that, mostly anyway. Many of the classic multiplayer options have returned, such as Golden Gun, Conflict Mode (which is standard elimination-based multiplayer), and many other modes along with quite a few new maps that have been added in as well as some returning remakes of beloved favorites. Local multiplayer also brings many ways to play as well to fully modify your experience much like the original, such as paintball mode, you only live twice, and 14 other variants that can be added at will.

There are over 40 characters to choose from, each with a different weapon loadout. Many returning faces are in the mix as well, such as Oddjob, Natalya, and several classic characters. The only thing I missed really for local multiplayer was the ability to switch the weapons to Mines only and some of the classic weapons are no longer present, but the huge loadout options letting you personalize your character of choice made up most of that completely.

Online Multiplayer is a blast to play and one of the Wii’s best offerings in that area period. Using the classic “hosting” method, this works about the same as local multiplayer except without the modifiers. Players can also earn experience and level up their characters, unlocking more ways to play online such as the Classic 007 mode as well as a couple other locked modes. The leveling system works great and I spent quite a few hours in different match types with hardly any lag experienced. The only downside is if the host quits, the game comes to an end. This is a problem that can be very frustrating. Other than that though, I spent a lot of my time with the game online and it was a rewarding and fun experience 9 times out of 10 for me, so this feature is where the game shines the brightest. 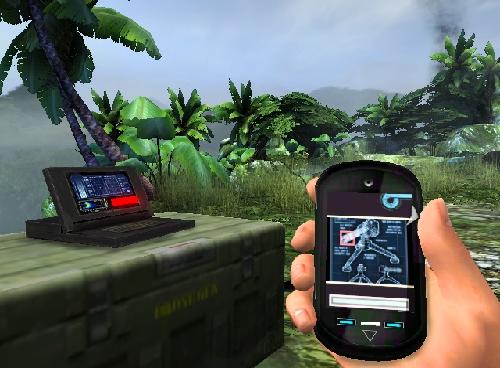 Graphics/Audio
The graphics look great for Wii standards, but the models to me are the most impressive part visually. For instance Daniel Craig’s model looks exactly like the actor and in all cutscenes the characters dialogue matched well with the spoken voice work. Each location is polished to near perfection, but I did feel some of the textures were a little plain in certain areas of the game. Certain maps are more detailed than others, but it is really hard to pay attention to the walls being perfectly detailed anyway as the action and music seems to take the forefront of the experience.

Speaking of music, I found the soundtrack to be excellent. Goldeneye is constantly playing melodies throughout the story mode, and this is pulled off without a hitch and gives each area a level of atmosphere throughout the whole game. If you are a fan of the classic, you will hear many familiar themes play and as the action picks up, so does the intensity of the music, making it easy to get pulled into the gameplay and onto the edge of your seat. The opening cutscene with the credits rolling truly set the mood for the whole game and instead of getting poorer in quality, the game stayed on that platform the whole way through. Sound effects all sound as they should, but voice acting is another element that added a lot of depth to the story and helped make it feel fresh and modern. Judi Dench and Daniel Craig as well as all of the other voice talent included did a spectacular job at giving each character a personality. I was honestly surprised at the level presentation value that went into the title, but it was all welcome as it added that much more depth to each element of gameplay.

Overall
If you are buying Goldeneye 007 to get the same experience as the Nintendo 64 version offered, this game is not for you. While it does recapture a lot of feel for the original in different ways, all of the work to modernize the classic more or less made it a whole new experience, which is not a bad thing. Multiplayer is still just as fun as it was 13 years ago, but with the added online mode, it was hard for me to put down the controller. Goldeneye does accomplish one thing that the previous version did as well, and that was to show off the full potential of the platform it was made for. With the different control schemes and sharp and smooth visuals, this game should set a blueprint for future first person shooters on the console and how they should play. Add in the high grade single player mode a spectacular in-game soundtrack, and this in my opinion is the first person shooter to own on the Wii.