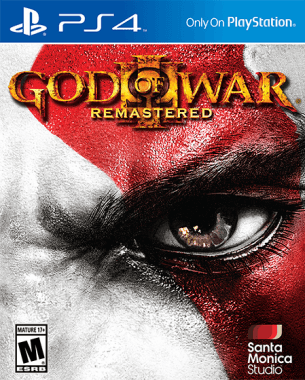 Overview
Kratos helped define the Playstation 3 with the release of God of War III, with that one title becoming what would essentially become the exclamation point on a fantastic franchise. Sony knows their audience though- and did deliver more God of War through prequels and side stories since, ensuring that this character would stay relevant to fans. While Santa Monica are surely working out something for the future – players are still yearning to have Kratos on their new Playstation 4, so of course a remake is the way to go…or is it? Is God of War III so dated that its time for a remake, or is this one title that had no reason to see a release this soon? Let’s find out. 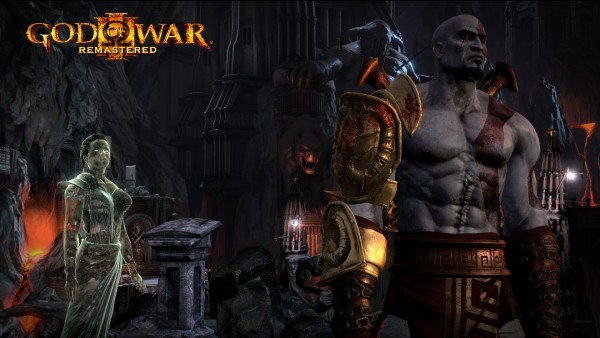 Gameplay
I won’t touch much on the story of God of War III as most have played the game in full – as it is kind of like the Playstation brand to go to – just like Mario is to Nintendo and Master Chief is to Microsoft. Sure, this third entry in the series features an amazing story with Kratos chasing down Zeus and the other Gods – but since this is a remake, you should know a bit more about the gameplay. Let me say that since I have played Bayonetta and even DmC to a degree, God of War titles seemed a bit slower. I couldn’t really think of the word for it at the time, but now I realize that the third entry in particular is simply more straightforward. Instead of being stylistic, Kratos takes the fluid and polished combat mechanics and laces them with gore and brutal edge, delivering something satisfying to the player for even the smallest of battles. Sure, the quick time events are still in this title, but they are balanced with the action so well that they never become a bother. I feel like Kratos kind of introduced QTEs to the mainstream market, and while others have taken the idea too far, God of War III keeps it as a supplement for the experience. 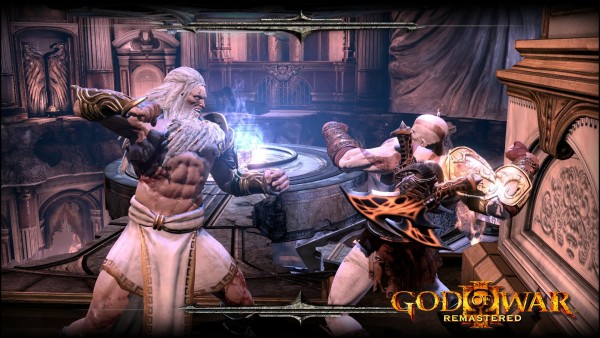 Another reason these little button mashing moments have worth is due to the scope that the game has to offer. One minute you will be in a corridor, simply ripping through enemies with your blades and the next, you can be climbing up a God’s back- trying to simply survive while taking on a major boss. There really is a blurred line between boss battles and large brawls, and that line keeps the game exciting with a well-paced progressive challenge that simply grows as you move forward. The action takes breaks for the standard environmental puzzle, but usually these are quick and clever, never becoming an intrusion to the overall experience. The developers’ creativity still shines today, as Hera’s Garden remains as one of my favorite puzzles in the franchise due to all of the mechanics at work, and with this being the remastered version, you really get to feel as if you are actually doing more than hitting switches and pushing pillars. Its as if you are actually part of the world and each trigger feels like a reward in and of itself – meaning while you’re pulling and pushing, you feel like your actually doing something more than opening a passageway. 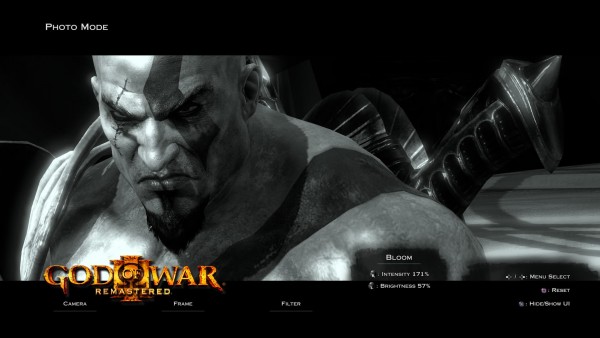 The gameplay has not aged, and even though we have seen a lot of other action titles since, it really hasn’t been topped for what it does. Do I still prefer Bayonetta over God of War? Sure, but these days that is like comparing sugar to honey, as both are sweet in the end. There is just so much to do in this game that can keep you coming back. This title was before DLC ran wild, so we get a lot of extra collectibles and side missions that would typically we held aside in most modern titles. With feathers, horns, and Gorgon eyes to be found, wider environments to explore, and multiple difficulty levels, God of War III will still take some time to “finish”. That being said, I do wonder why no effort was put into this game for just a little extra spice. There is a screenshot mode, but who needs that with what the Playstation 4 can already do? I wouldn’t want multiplayer here, but it is a bit baffling how there is a lack of care when it comes to delivering or simply adding one extra incentive for players to go back to due to this being a remake.

Visuals
Visually, well – the game runs in 1080p and sixty frames per second. Of course it looks absolutely amazing. It does feel like polish has been applied to most sections of the game and even though the models show it a bit more than the environment, the genre here keeps you focused on the models more – so most will not even think about a slightly plain texture in comparison to the shine and smoothness of the animations occurring before them. There is a real atmosphere that God of War III has with it that is unlike anything else and will absolutely consume the player in order to get their heart pumping. Its not just the larger than life boss battles, but its the way the platforming blends into the environment – where we as the players are watching Kratos so effortlessly traverse a large area and then go into full combat without the slightest bit of hesitation. Its a wonderful feeling and that sense of immersion is the main element that makes this remake worth its weight. 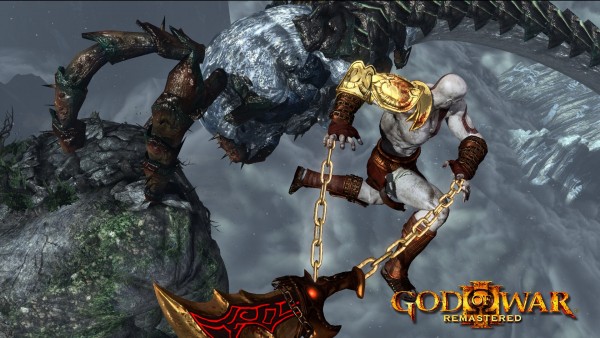 Audio
The soundtrack is of course fantastic and really didn’t need any kind of upgrade. Most of the soundtrack features orchestral tunes that capture the action perfectly, building inward so players get to blend their senses of vision and sound for some of the most exciting battles we have seen in a game to date. Seriously, without one word this music could easily ingrain in your head for hours after hearing it, as the quality is simply wonderful and helped make the original experience so critically beloved. The voice acting is fine I suppose as well, but I have never been to big of a fan for some of the voicework in any of the God of War franchise as I feel it takes itself a bit too seriously – but my opinion is a rare one and most will still enjoy what is offered. 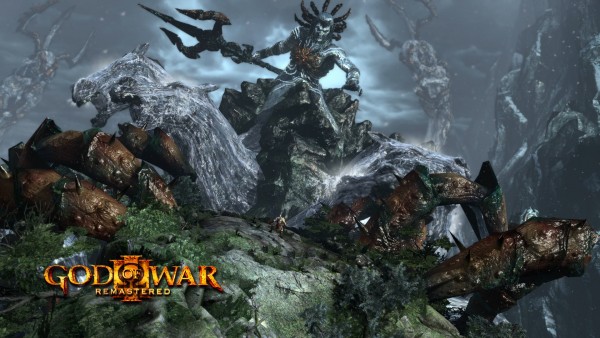 Overall
God of War III did not need to be remastered. The experience is honestly one of the finest for a Sony platform – but I still don’t see the value of upgrading visuals when the original game still looks and plays great today in terms of longevity for Kratos – unless this is a placeholder for gamers until the next installment. That being said and lack of any extra features aside, you really need to see this game again if you are a fan as God of War III has never looked better than it does with this upgrade. Some titles will be remade for no reason, over and over because they’re simply that good. God of War III fits the bill and viola, we have another release that will fit nicely in with any Playstation 4 library.