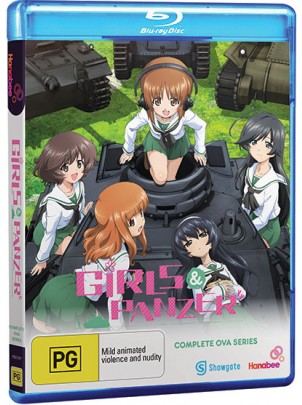 Overview
Girls und Panzer was an amusing mix of history, military authenticity and cute anime characters tailored for those of us who know our tanks as much as our anime. Believe it or not the military otaku fanbase is formidable in Japan with even the Japanese Self Defence Force using anime mascots in its recruitment drive. The anime even caught on in the West where players in the popular online game World of Tanks saw the series trademark phrase “Panzer vor!” being typed across their screens.

While the TV show (reviewed HERE) delivered a clever and original spin on the sports competition genre, the OVA collection promises to be more of a companion disc rather than an expansion of the series. Should fans roll out once again for the OVAs or treat this as a mere blank? 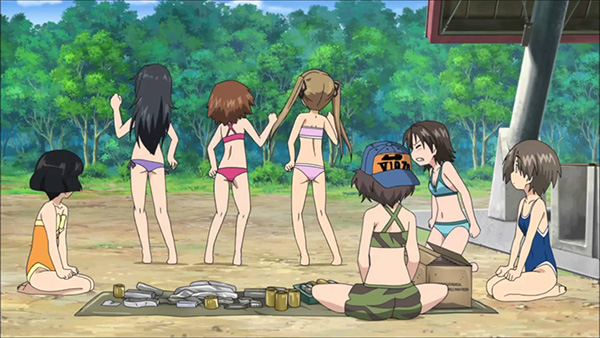 Story
As expected, there is no real story or plot here in case you were wondering. Just six short episodes are on offer which run from anywhere between four minutes to sixteen minutes. Fans of Girls und Panzer will enjoy more educational military references and more fun and games with the girls while some episodes manage to be pretty clever in their delivery.

Such as a reconnaissance mission which sees two members of the team take a hike through the snow while they point out curious army facts, sing marching songs, infiltrate Pravda School’s base and eventually come full circle back to HQ. Once again we’re left to ponder how these girls wear short skirts in subzero temperatures all while being informed on how to keep one’s feet warm. 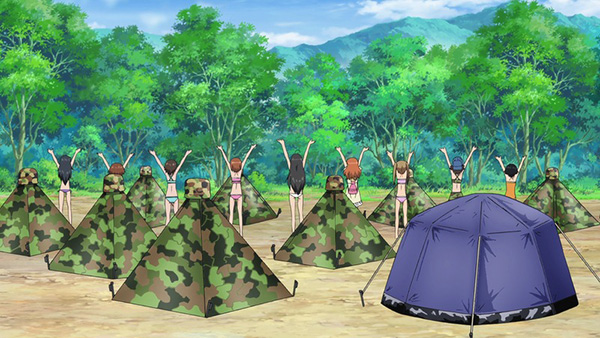 Although we’re given obligatory fan service with a swimsuit episode, where they still manage to fit in tank camouflage references, other episodes give you more practical info on the world behind Girls und Panzer. Such as facts about the gigantic aircraft carriers that hold entire cities while one episode is dedicated to just the bizarre yet fan-favourite Angler fish dance.

A lot of the humour injected in these silly episodes can be missed unless you’re on the ball especially with the sixth and final episode where members of the team star in a talent show. Conversations and rebuttals are fast, often played out like a Japanese variety show, and demand that you know the context which can be found either from the TV series or something military buffs are aware of. If you haven’t seen the TV series, leave this well enough alone. 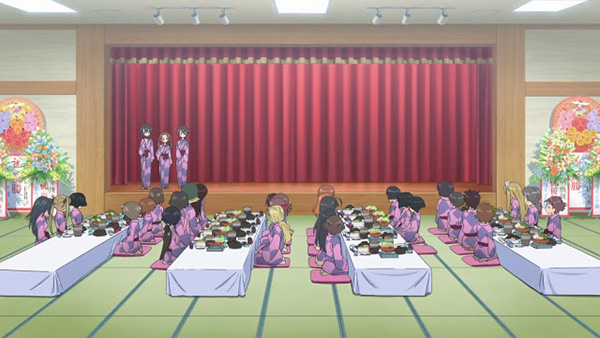 Visuals & Audio
Studio Actas has managed to maintain the quality of the original TV series, giving viewers above average animation for a simple slice of life anime. Since there isn’t any action there is also hardly any CG used this time around although the tanks you do see are still highly detailed and the environments are crisp as always. To make up for the lack of activity you do get a saucy swimsuit episode though, I suppose.

Most of the girls make a return along with their voice actors, both English and Japanese. The banter being thrown back and forth here is definitely an impressive feat with some of the script resembling complicated tongue twisters. 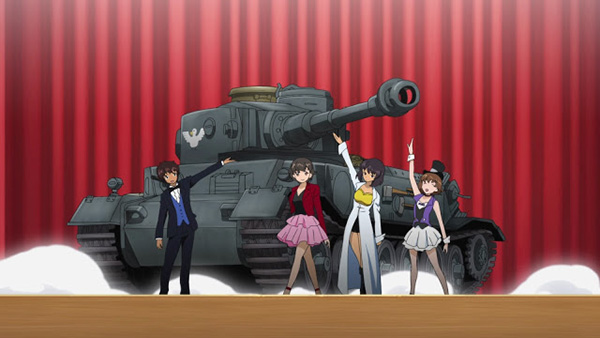 Since there’s no real team battles or story development in these OVA episodes, sound variety is a little scarce. Did you enjoy the crazy Angler fish song? They’ve dedicated an entire episode to it so dance along until your heart’s content. On the other hand, it’s also a little disappointing to hear the same opening and ending songs as the TV anime release.

Extras
Expecting fancy extras were we? Here’s a clean opening and ending song of the original anime for your troubles. At this price point and for the content given you would be surprised to find anything extra here. 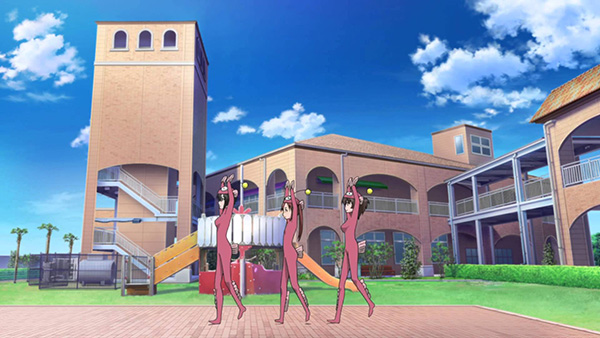 Overall
If you haven’t seen Girls und Panzer, ignore this and head straight for the TV series instead. For fans of the series this OVA collection is a compendium of bits and pieces of additional info behind the Girls und Panzer universe along with some fan-favourite references. No doubt you will come away from this with some new, random info about the military. But the fact is, there’s very little to see in this disjointed OVA collection which clocks in at 73 minutes. In the original Japanese release, these short episodes were included with the (admittedly expensive) Blu-Ray volumes.

While it’s nice to have these localised and available on our shelves, I can’t help but feel that making a separate release wasn’t such a good idea. Diehard fans will have fun for a short while, but I can think of a number of ways that $35, or $30 for the DVD version, is better spent.