In the 90s, arcades were packed out with guys crowding Street Fighter II, waiting for Chun-Li to do her “spinning bird kick”, hoping to see that pixelated panty shot. In 2013, the mentality of fighting game fans has changed very little. From the outfit of King of Fighters‘ Mai Shiranui to pretty much everything in Dead or Alive, female characters in fighting games have always been fan favourites. It was only a matter of time until an all female roster like Skullgirls took us all by storm. Now meet Girl Fight, another fighting game hoping to capitalise on a similar ideal. But with an experience that’s mediocre at best, Girl Fight stands as a reminder that you need more than just boobs to make a fighting game good. 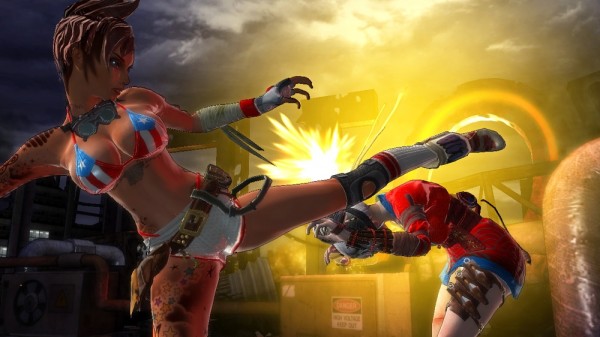 With a name as creative as Girl Fight, it’s surprising this game even has a story to tell. Regardless, Girl Fight does have a minor plot linking it all together, which seems to have as little creativity as it’s title. An evil corporation called The Foundation has discovered that women possess powers that men don’t have for some unexplained reason. If this game wasn’t so aggressively sexualised, you’d may mistake this for a feminist view. The Foundation then takes a bunch of chicks and puts then into a computer simulation (which is also unexplained) and they are forced to fight so the computer can gather data on them. Each battle in the usual arcade mode starts with a sentence about your character to give a hint to their backstory, with a voice that sounds like the iPhone’s Siri. However, while these motivations are used to break up combat, there is basically no ending to any of the characters worth paying attention to. Also with no voice acting from any of the actual fighters and no cut scenes, this story is so paper thin there may as well be no story at all. 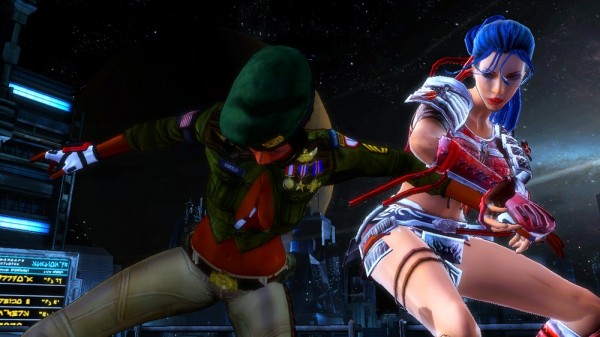 Girl Fight is painfully generic, however it’s core mechanics are solid. This 3D fighter takes heavy inspiration from games like Tekken and Dead or Alive and is more or less a 4 button fighter. You have one button to kick, one to punch, one to block Mortal Kombat style and one to grab/throw. The two triggers are used for specials, but we’ll get into that later. There is no real variety in characters as they all seem to have very similar combos, height and weight, so while there is a decent sized roster they all essentially play the same. While 3D movement is present, combat still takes place mostly on a 2D scale, and with no projectiles or flashy special moves besides a throw, there’s not really much present to keep players interested after a few rounds. All this pretty much boils down to the fact that with such minor variations in both the roster and combat, little strategy is involved and it all comes down to simple button mashing for the most part. Heck on my first try of the “inhuman” difficulty with a character I never used before I got a perfect in the first round….and I didn’t even know any moves! 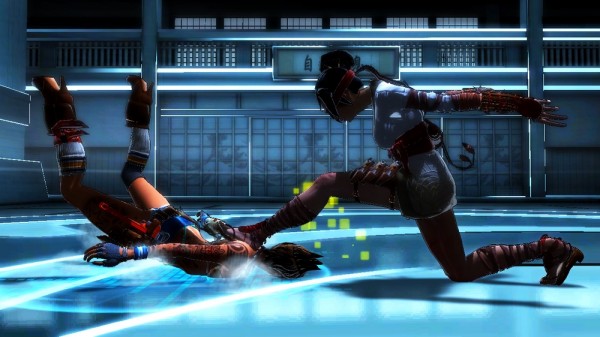 In all fairness, it should be noted that the basics are done well for a cheap XBLA title. Girl Fight also makes a couple attempts to be innovative as well with a large focus on character customisation. Before a battle players can pick two specials to assign to their two shoulder triggers. These can range from powerful attacks, power ups and even health recovery. These burn meter so they are used sparingly. While this is a nice touch and may seem to add a little depth, it’s also the only specials characters can do since they don’t have any themselves. This means every character is able to use the same meter burning special attacks. Furthermore, with online play it’s almost impossible to find a competitor online, so the multiplayer’s wager system for in-game currency is seldom seen in action. This currency is earned in both single player and multiplayer combat and can be used to purchase more costumes, moves and more in an attempt to expand the game’s life. So it is nice to see Girl Fight has tried to go beyond the bare minimum of a fighting game, even if it isn’t by much. 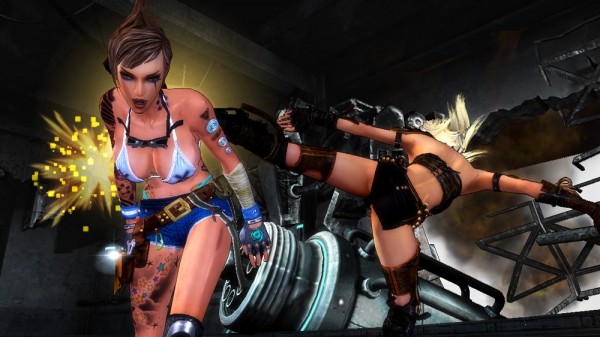 For a game that relies so heavily on good looking women, you’d think it’d look better. 3D models are of an Xbox/Playstation 2/GameCube standard, but you shouldn’t expect much more from a digital download title anyways. Textures are ok, not great and animation can be a little stiff. Character design is incredibly generic and boring as well. The asian warrior’s name is Shogun, the military chick’s name is Warchild, you get the idea. It’s just female versions of typical clichés, rinse and repeat with no charisma at all. Upon winning arcade mode and other challenges players can unlock sexy artwork of the fighters and see similar styled pics during loading screens. These are nicely penciled but do little to add to the experience. The soundtrack consists of electronic music which suit the tone of the game, but the production of a couple of the more dubstep-influenced tracks seem slightly subpar in terms of quality. No voice acting is present for any of the playable characters, and instead we only get the announcer who also is the only voice talent for the story. Note I use the word “talent” loosely as it’s basically just a boring robotic voice that sounds pretty much exactly like the iPhone’s Siri. 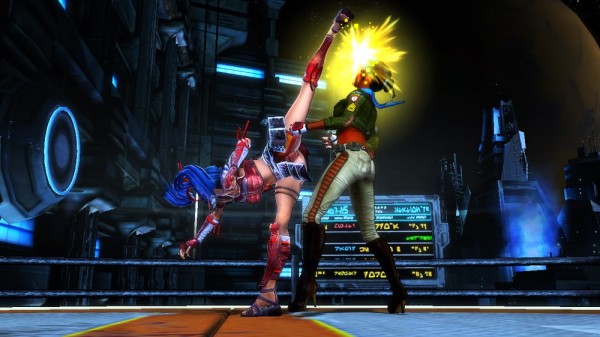 Girl Fight is the most basic, stripped down version of a generic 3D fighting game. The core mechanics are present and are quite solid, but there are no bells and whistles to actually draw you in. Uncreative character design, the roster has little to no variety, no proper voice acting, stiff animations and lacklustre gameplay results in a game with nothing to offer. It seems the developers know how to make a fighter that feels solid and responsive, but haven’t put much effort in surprising the player or providing much…well, fun. Ultimately, it’s major flaws all lie in fields of design and polish. Like I said earlier, it takes more than just boobs to make a good fighting game.