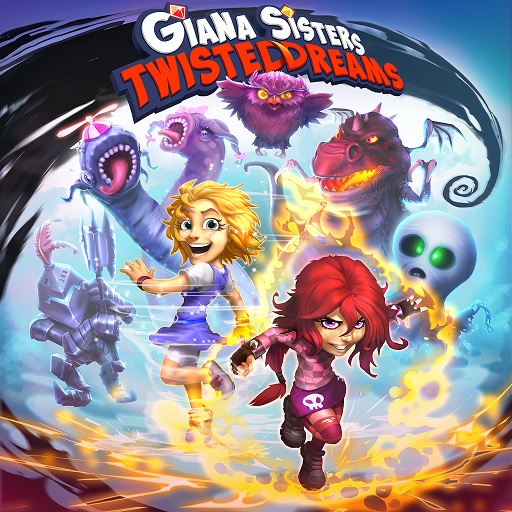 Kickstarter has become something of a breeding ground for passion project games. Whilst everything doesn’t go to plan 100% of the time, some projects do find their way through the minefield of development and land on their feet. Giana Sisters is one such title which has made it’s way through both Kickstarter and Steam’s Greenlight system. Originating from a 1987 Commodore 64 title called The Great Giana Sisters, this colorful platformer for the PC is also set for future release on the PlayStation 3 and Xbox 360. The first game was famous primarily for it’s great soundtrack and tricky platforming, but was also removed from sale for it’s unashamed copying of Super Mario Bros – the first level of the game was a near on perfect clone of the first level of Nintendos headliner.

Platforming remains the name of the game in Twisted Dreams , although things have moved on since the copy-cat fiasco of the original game. The brief introductory sequence sees two sisters sucked into a portal that leads to another world, with players stepping into the shoes of Giana to track down other sibling Maria. the story is very much secondary to the gameplay, leaving the game with a very arcade/retro feel. 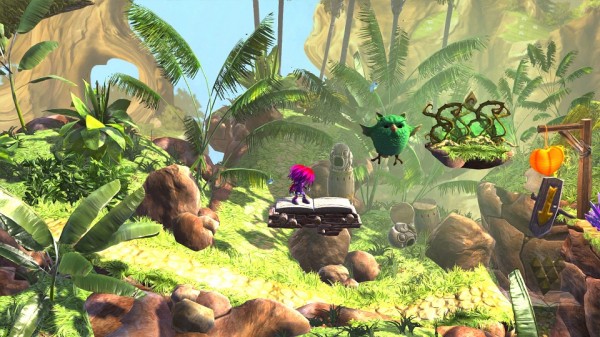 The game strikes up some individuality in the form of the theme of two. Giana can switch between two different forms – each of which has a different special move, and the entire world changes along with the character sprite. ‘Punk’ and ‘cute’ are the easiest ways to define the two, with cute Giana able to spin and float for long distances, whilst the punk version has a handy firebomb attack that feels a lot like something from Sonic. There are some puzzles within the platforming that mainly involve some box pushing and good timing, and despite the fact that there’s nothing overly new in the tight mechanics, the difficulty ensures that you’ll be swiftly hooked into the game.

Things start off easy, but quickly ratchet up to a point where you’ll be having some strong words with your PC. The controls and mechanics are crucially very strong, meaning that any frustration felt is 99% of the time down to your own abject failure as a gamer. Twisted Dreams can get a little to close to crossing the line into the territory of ridiculous precision, but the challenge is a welcome one and something to be expected from truly quality platformers these days.

The main unique selling point here is the flicking between worlds, which allows for some creativity with platforms that only move or exist in one layer but not the other, and collectible gems that follow the same rule. These elements become all the more fun to master if you choose to go beyond story mode and dive into time attack, which easily adds a dose of longeivity to a game that is a little average in length.

Platformers are the last bastion of toon style graphics, and Twisted Dreams is no exception. Bright colours and bold design are both at play, and even if there is nothing particularly startling on show it is all at least pulled off with a high level of technical polish. Of course the two dreams have very distinct styles, with the ‘cute’  Giana experiencing the horrors of goblin enemies, skeletons and the like, whereas the ‘punk’ Giana finds her nightmare/dream in traveling through a picturesque fantasy land with slightly obese owls. It’s cute, bright, and doesn’t get in the way of gameplay. 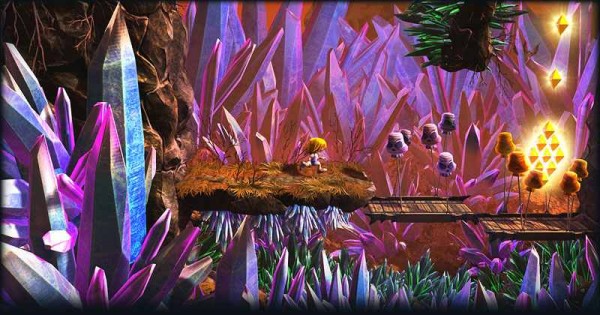 Whilst Twisted Dreams has a colorful and appealing style, the main highlight for the game graphically is the smoothness with which it switches between the two styles of dream. Not a single hiccup was experienced flicking between the two, and the creativity that has gone into these dual levels is fantastic. The push of a button warps the entire stage so smoothly that you’ll quickly forget what a great trick it is. And it’s not just the visuals, the music too, changes at the push of a button. The soundtrack on a whole is excellent, with music provided by composer Chris Hulsbeck and heavy metal band Machinae Prophecy. The tunes certainly provide a change from the norm, and they too change seamlessly with the changing levels.

Giana Sisters: Twisted Dreams is certainly a quality effort. It has challenge, personality and tight mechanics to make it an addictive little platformer, and the dual world design gives it a point of difference to help it stand out from the crowd. The difficulty curve may not be everyone’s cup of tea, but to those seeking a decent dose of old school platforming with a twist of heavy metal music, then this is a good place to start, and a fairly unique one to boot.