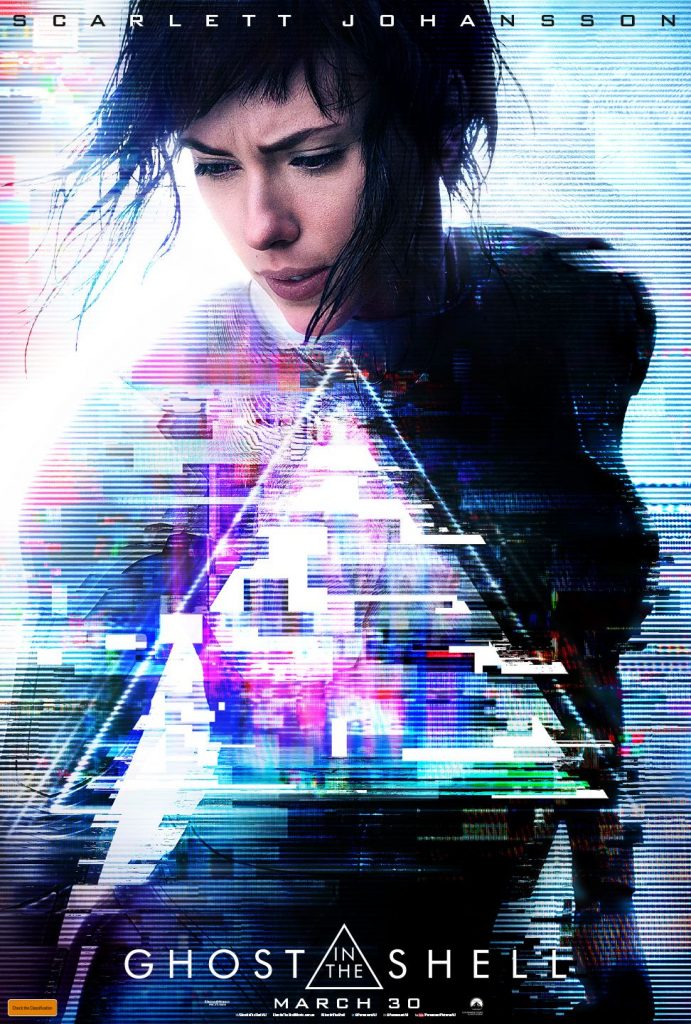 Ghost in the Shell

Ghost in the Shell is one of the seminal works of the cyberpunk genre as well as a classic of the cinematic medium. Its popularity has had lasting appeal with the film launching a few sequels, spin-off television series, and video games. I myself am a fan of the original film and the first television series, Stand Alone Complex, but I haven’t kept up to date with the franchise in its many, many iterations. I was optimistic about this new remake and I was excited at the prospect of seeing Hollywood do a live action version of this classic. I was willing to give the film a fair chance to win me over and so I went into the screening with an earnest desire to be impressed. 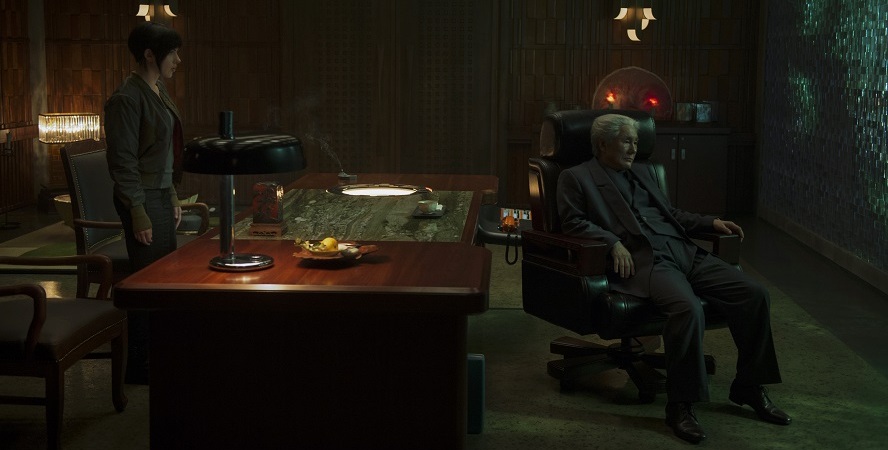 The film’s narrative focuses upon ‘the Colonel’ (Scarlett Johansson) and the exploits of Section 9, a counter-terrorist group working in the near-future setting of this film. The Colonel must make use of a fully prosthetic body due to her human body being mangled beyond its ability to sustain her. Despite the best effort of her teammate, Batou (Pilou Asbæk), she feels a disconnect between her current existence. As section 9 investigates the actions of a cybercriminal called Kuze (Michael Pitt), she begins to learn things which completely shock her previous understanding of the world, who she is, and her place in it. 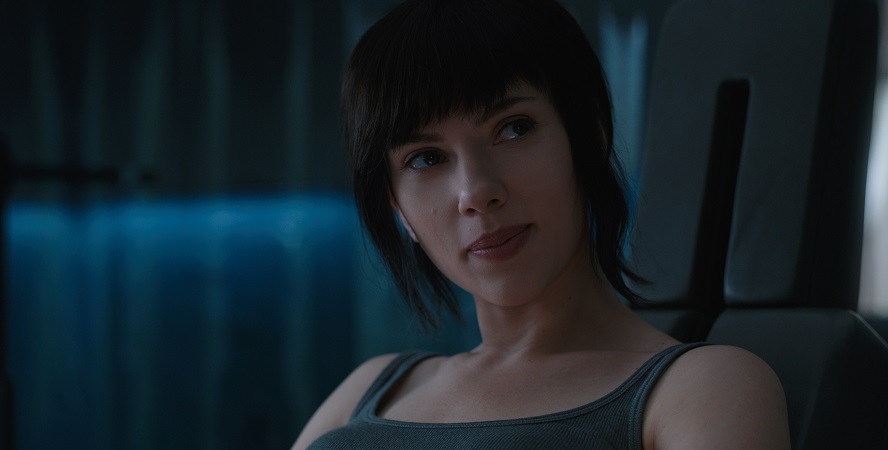 The first thing you’ll notice right out the gate is that the film has some of the most heavy-handed dialogue I have ever heard. “On the nose” cannot adequately describe the target that the writers painted on the nasal member of this film’s script which dwarfs even the monstrous organ of Cyrano. Pretty much every detail in this plot is clearly spelled out for the audience with little to no subtext left for any nuance to the characters. It’s what I would expect from a primary school stage play, not a million-dollar international production. It is a disservice to the original source material and a disservice to the art of writing itself.

Throughout the manga and the anime serial, the Major has gone through several iterations in regards to her personality and general characterisation. We aren’t given too much of her backstory and what we do learn of her we gain through the perspectives of the characters around her rather than through her directly. In effect, this allows the Major to be somewhat of a Tabula Rasa for the audience to project themselves. Generally, this isn’t too much of a problem because the anime series and films generally give her an interesting plot to explore in the setting which showcases some aspect of the world or a plot which makes up for this lack of detail in our protagonist. Unfortunately, the film attempts to make this lack of detail about the Major’s personality by making it the literal focus of the story itself. 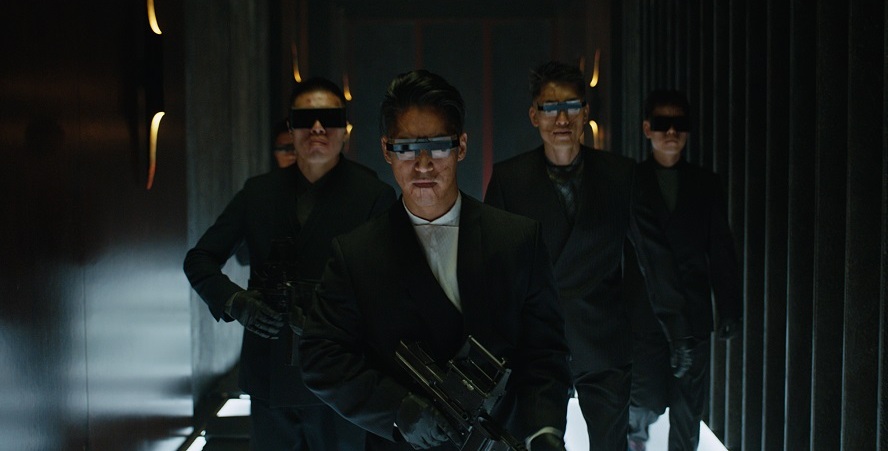 This essentially kneecaps the story from the outset as stories of self-discovery at least need to feature a protagonist which is worth discovering things about. The writers gave no personality whatsoever to the Major which means that Johansen’s performance has nothing to cling on. Her personality comes across as wooden and robotic but less like a replicant in Blade Runner and more like a battle droid from the Star Wars prequels. I’ve seen other publications praise her performance in this film but, honestly, I am not sure there is anything to praise to begin with. I could see that she was putting in effort to give the Colonel some semblance of persona but gorram, there was just nothing there for her to play with.

Besides the protagonist character from the series experiencing a complete scrubbing of any distinguishing features, the rest of the film is given a very similar treatment. Instead of focusing upon one or two characters and developing them in interesting ways or developing a plot which is itself interesting, the film opts to overreach and give a whole lot of bland characters doing bland things. Essentially, I could pick out the plot threads of at least a couple of episodes of the Ghost in the Shell series, so I know for a fact that the writers are at least aware of the anime source material, but they should have picked one of these narratives and structured the film around that. The story ends up becoming homogenised, generic, Hollywood action junk with characters and dialogue to match. 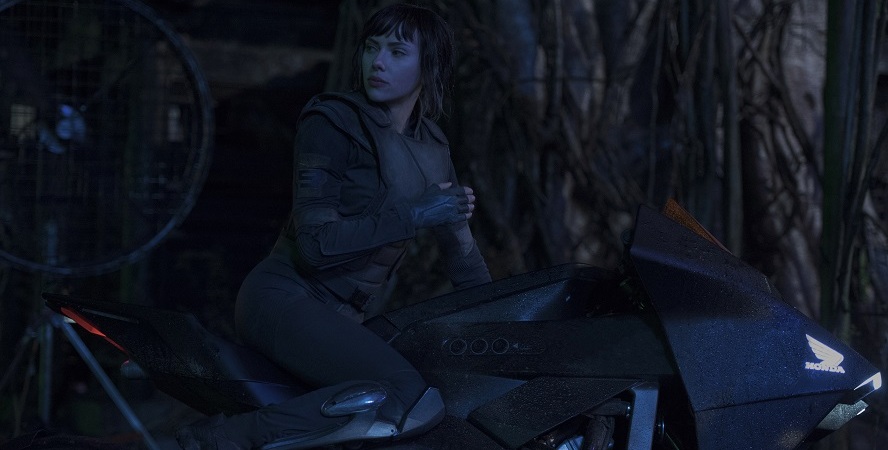 The visual design draws heavily upon the original anime and other seminal works of the cyberpunk genre. You can clearly see elements of films like Blade Runner and Robocop in the film’s visual direction and its depiction of the grime and urban decay of the futuristic urban environment. They’re gorgeous, don’t get me wrong, but I just found them to be uninspired when compared to the original works that inspired them… even if those works were in turn originally inspired by the original Ghost in the Shell film. 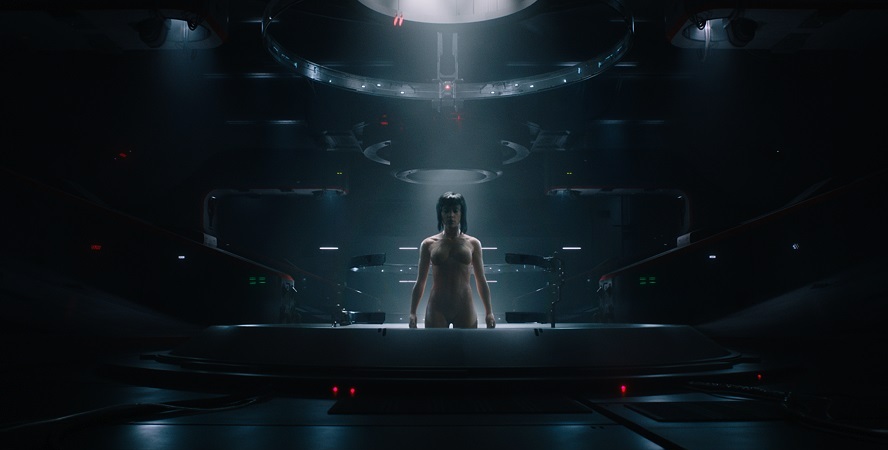 The action scenes themselves, which one would hope to the saving grace of a film which decided to forego the intellectual of its source material, all feel rather underwhelming. The film has a pervasive habit of engaging in these extensive action showcases without doing much to show us the action itself. It too often cuts away or obscures it with smoke or shadow so we end up with little sense of space or perspective on these movements to give us a better grounding as we watch it unfold.

The soundtrack, which was a ground-breaking piece of cinema scoring, falls largely flat here. It does the job of punctuating the film’s emotional arcs well enough but doesn’t do much beyond that. It’s suitably cyberpunk with plenty of synths to match the tech noir setting but there’s nothing that particularly stands out. What made the original’s soundtrack stand out was its strange mix of so many eclectic sounds ranging from traditional folk music to things a bit more industrial. 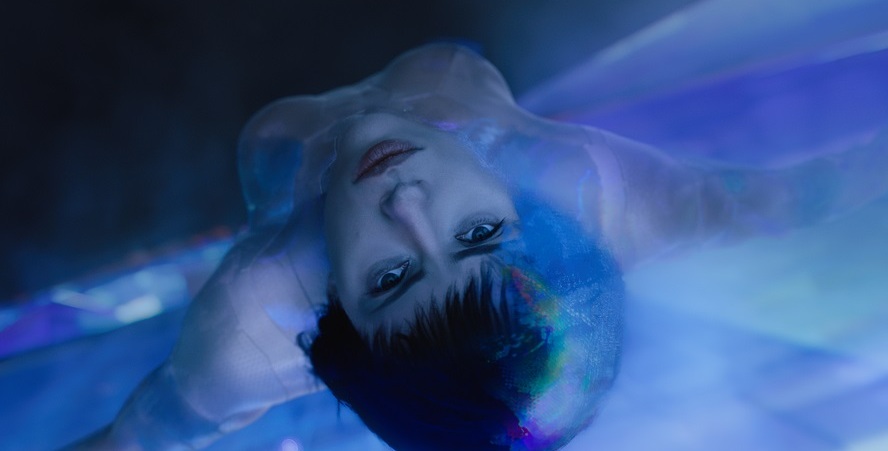 I had at least hoped that the film would be an interesting and intellectually engaging considering the source material it draws upon but, ultimately, my companion for the evening and I left the cinema largely unimpressed. The story we threadbare and unengaging on pretty much every level. The visuals were gorgeous at least but the action set pieces were very much a disappointment. The soundtrack largely works but doesn’t leave much of an impression. I feel like the film production decided to tone things down to help give the film a wider audience but, unfortunately, they went too far and now we’re left with another bland home brand Hollywood action film. This film finds itself in the unusual position of being technically proficient enough that it’s not bad but generic enough to not be good on its own merits. Overall, I cannot recommend this film to either fans of the anime or to newcomers fresh on the scene.
Capsule Computers review guidelines can be found here.

This live-action adaption of Ghost in the Shell fails to live up to its pedigree and dumbs itself down into a generic action flick.
3