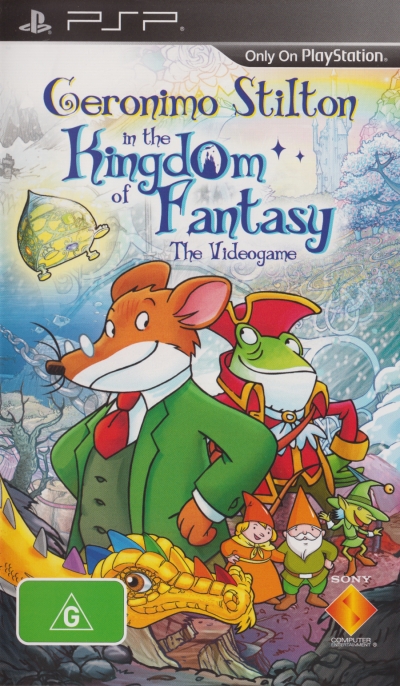 Overview
If you have not heard of a mouse called Geronimo Stilton, then you might be not in the intended age range. Originating in Italy, Geronimo Stilton has exploded into a massive book series for 8-16 year olds. It has also expanded into television and merchandising. So, it is no surprise that the famed mouse has reached the land of video games. It is an adaptation of one of his books known as the Kingdom of Fantasy. Is this a great children’s game for the Playstation Portable or will it be an unworthy adaptation of the book? 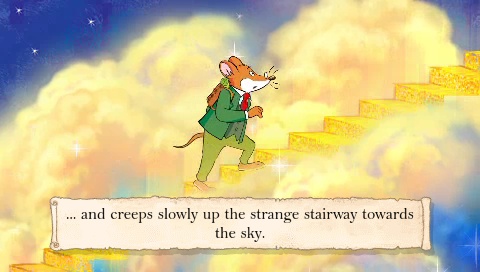 Story
Geronimo Stilton, a famed mouse author, journalist and editor of The Rodent’s Gazette, is sitting upon his desk, casually going about his work. Suddenly, his attention is diverted to his wardrobe, which is suddenly omitting a light. He discovers an interesting small box, which is the source of the light. Then his wardrobe is turned into a golden staircase. Of course, being the curious mouse he is, Geronimo decides to ascend the staircase. One he reaches to the top, he is transported to the Kingdom of Fantasy. He is met by a talking frog called Scribblehopper, who wants Geronimo’s help to rescue Blossom, the Queen of the Fairies. Geronimo agrees to help him, believing that this could be his biggest novel yet.

It isn’t the best beginning out there but it is certainly not the worse. It is also too drawn out for a video game and kids are known for having short attention spans, so expect to mash the X button for quite some time. I do want to point something out, however. The player should note that Geronimo Stilton wants to write his adventure, as he always does. That is a hint of selfishness out of a noble cause. Yes, he agrees to help so that he can fulfil his own personal need. Yet, this is a children’s game and, as I recall, the normal idea to teach children is to help others to be a better person and not to expect to get a reward out of it. I argue that this teaches the exact opposite. But that can be another time. Overall, the story is pretty average, with a mix of clichés and eye-rolling moments that doesn’t capture the charm of the novel. 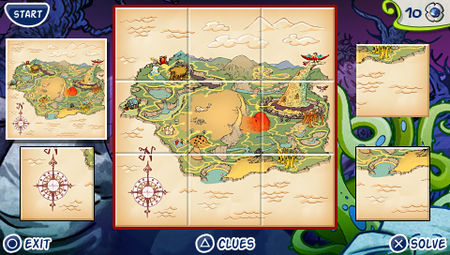 Gameplay
At the heart of Geronimo Stilton in the Kingdom of Fantasy lies an abundance of puzzles in order for players to progress through. Travel through each of the seven kingdoms (which really doesn’t make any sense since they belong to a land that is known as a kingdom already) is done by selecting it on the map. That’s it. Each kingdom has its own plot, which is vital for the story to progress. Only one kingdom is unlocked at the beginning and the player must complete each kingdom to unlock another one to travel through. So, the game is very linear, but, as a children’s game, it some what works to an extent. While in the kingdom, only a certain amount of puzzles will be unlocked. These puzzles range to memory games to answering riddles. Some puzzles are flanked by cutscenes, if they are of plot importance.

Of course, doing these puzzles is not without reward, of course. Throughout the game, the player will have to collect certain items to move forward, as are with fantasy games. In order to earn these items, the player must collect the local currency. This is achieved through the successful completion of the puzzles. Of course, the formula is result based. What I mean is that, the higher the score is when the player completes the puzzle, the more the player will receive in terms of reward. So completing it with a great score will definitely help. It is too bad when it comes to the more difficult puzzles.

Hang on… did I just say difficult puzzles? Of course there are some in the game. Overall, the difficulty is quite child friendly, but there will be times where someone older would be required to help. The only problem is that even puzzles which should be simple to someone older could actually more difficult than realised. Don’t worry, there is in game help in the form of the characters. That will cost you some of the reward from the challenge. That is another problem, however. Why? Well, the player needs the rewards from the challenge to buy certain items for progression. How would one feel if the amount is reduced just for asking for help (if it is frequent) on a puzzle? Also, if the player makes one mistake, the whole puzzle will be restarted without any indication on what was done right and wrong. A bad design on the developers part. 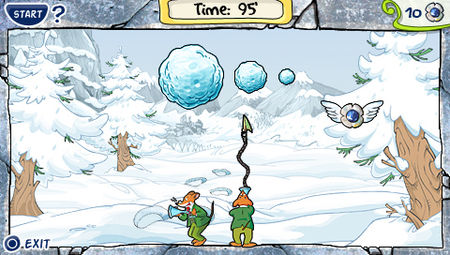 Visuals and Audio
Since this is targeted at a younger audience, one would expect the visuals and audio to be tailored to suit that audience. That is certainly the case with the visuals. Each and every single screen provides an abundance of colour, even if the game takes a turn in a darker setting. The cutscenes are presented in a book-like manner, obviously a reference to the fact that the character is the protagonist of his own series of novels. However, despite the bright colours of the character models (which match the illustrations of the novels themselves), players will be mashing the X button repeatedly as they tire of the constant talking. The character animations in these cutscenes also have random lip movements while talking, looking like wild blabbermouths rather than coherent beings. Other than that, visuals are bright, brighter than the mono-coloured, realistic games of today, except for Uncharted.

With the audio, it certainly does fit the fantasy setting. With the power of large MIDI orchestral pieces, the Kingdom of Fantasy becomes alive with befitting pieces as the player travels from one kingdom to another. Just don’t expect to be humming them while on the bus or walking down the street. The voice acting is quite decent, but, due to the tiresome X mashing, the voices are rarely heard. 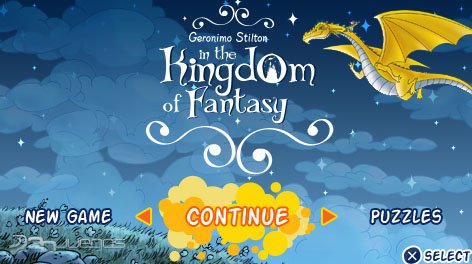 Overall
Geronimo Stilton in the Kingdom of Fantasy is just an average puzzle game based on a character that stars in a series on books. Although the visuals are quite different than your average game and the music fits the overall setting, the gameplay is a very mixed bag. There are some fun puzzles, but it is negated by a brutal rewards system and, at times, frustrating experience. Put in a poorly written story that gives the actual book itself no justice (and confusing moral lessons) and one would get nothing more than a time waster for the children during trips to the doctor or a long trip out of state. Trust me when I say this, but do pick up the book. It contains more magic than this video game.