Back in a time before many of us were born, the very first multiplayer dungeon crawler was created. It’s name was Gauntlet and it changed multiplayer gaming as we knew it. Fast Forward some three decades and now Arrowhead Game Studios have revitalised the series with a brand new remake for PC. Featuring the same epic co-op combat with new visuals, new dungeons and a whole lot of modern charm, this may be one of the most fun little games I have played all year. 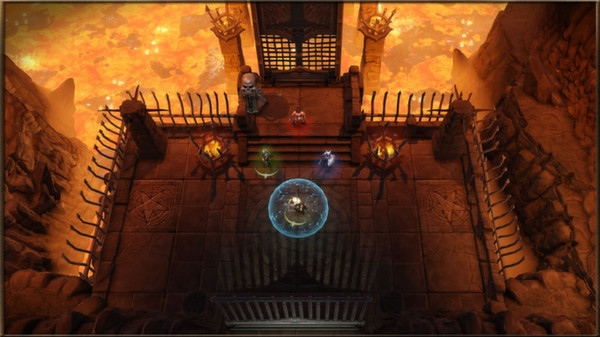 After some hours with Gauntlet, I wasn’t too sure what the story was meant to be about. After all of the playable characters wake up on a platform, they decide to go kill the undead and gather some loot. Funnily enough, I was ok with the lack of story as it let me get right into the action. No messing about with half-assed forced plot, just straight into it which really works for this kind of game. Some games don’t need a plot to tie everything together, and Gauntlet is one of them. 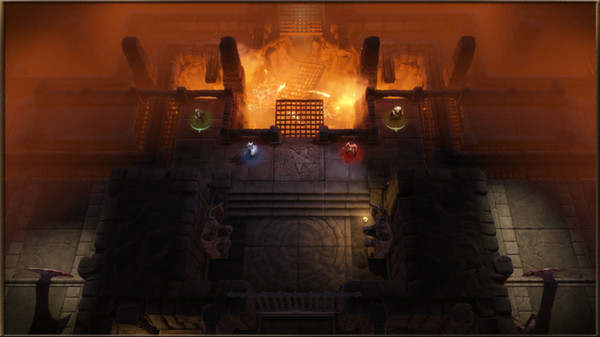 Gauntlet puts you in the roll of one of four different character classes. Each class has its own strengths and weaknesses, and will play differently ensuring that as you progress through the game’seven after you have progressed through the game’s many (and I do mean many) dungeons with one character, that there is still benefit to doing it all over again with another. The four character classes are: Warrior, Valkyrie, Archer and Wizard, and they each fill traditional rolls for characters of the genre (largely because this is the game that created the genre in the first place). The Warrior uses his brute force to smash his way through the hordes of enemies, the Valkyrie is a little more tactful using her sword and shield, the Archer attacks from range and the Wizard uses a variety of button presses to execute different, powerful spells. Despite all of the classes handling differently, they are all pretty easy to pick up and master, meaning that you wont be fumbling around for controls instead of having fun.

Speaking of controls, Gauntlet is best played with a controller. Blasphemy I know, but it just works better. After playing considerable amounts of time with both, I can say that the controller is definitely the superior option, allowing for easier control and more rapid response than flicking your hands across the keyboard. 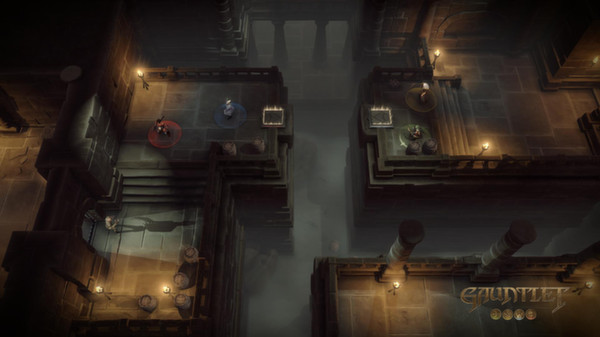 Gauntlet uses procedurally generated maps for players to fight their way through. As you would expect with a dungeon crawler, the aim is to make it through the rooms, beating up enemies and collecting loot as you go through. The enemy design is wild and varied, with new terrifying monsters and undead soldiers in your path every few rooms. The variety of enemy types keeps the game interesting and constantly has you rethinking your battle strategy, as every room of enemies needs different tactics than the last.

This is also a game that is designed for co-op play, and it does so magnificently. It can be an absolute blast to gather three of your buddies and go dungeon raiding together. Since each class plays so differently to one another, having two, three or four players running around at once can lead to some really insane situations. Not only that, but the game allows you to screw with your friends by attacking them, or luring enemies towards them.

One massive downside that the game has is its UI is confusing. Nothing is explained and it is hard to understand how much health you have, what items are in your inventory or just about anything else that a UI is supposed to do. In the end, I found myself just ignoring it and hoping I didn’t get hit too many times. 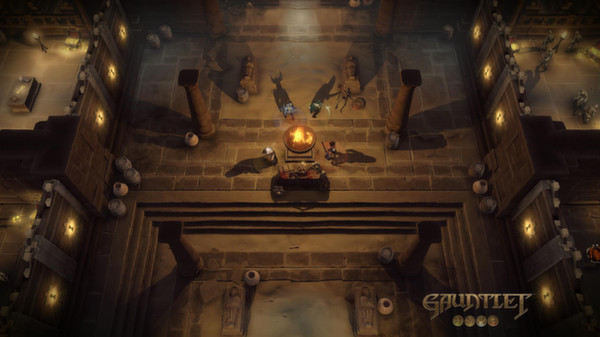 Gauntlet is a top-down dungeon crawler, and it pulls this off with spectacular beauty. The dank, deep dungeons are all distinct from one another, and the enemies all look different and unique. Surprisingly, considering its top-down perspective the game has a remarkable amount of texture detail in both the backdrops and the character models. I was really impressed with the art direction and actually found myself looking off into the distance and the small, intricate details on more than one occasion.

In contrast to the look of the game, its audio is a little lacking. Utilising a very minimalist soundtrack, Gauntlet makes you feel like you are in these dank caverns and facing down the hordes of the undead, but the entire time I was playing the game, I just kept thinking how a little more sound, both in the music and the sound effects department would make the whole package feel a lot more complete. 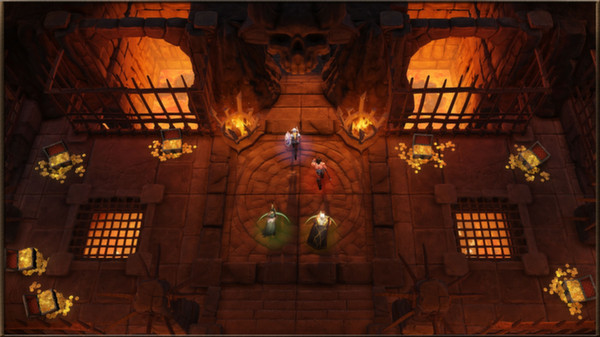 Gauntlet is a rare breed of game that is just fun. It may not be the most original or ground breaking game, but it presents a game that is a fun little romp through dungeons. Wide variety of enemies, clever little puzzles and an environment that’s just begging for multiplayer mayhem mean that Gauntlet is a game you will return to time and time again.