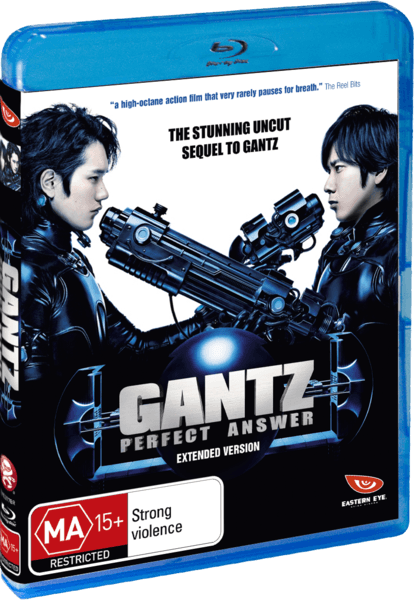 “Your lives have ended.
How you use your new lives is entirely up to me.
That’s the way the cookie-crumbles.”

Gantz: Perfect Answer is the second and final chapter in the Gantz movie franchise from Japan. The movies are based on the Manga series by the same name, but alter some elements to better fit a movie. The manga was renown for its gratuity, both sexually and with violence and has amassed a pretty large fan following. I myself am one of those fans.

Gantz: Perfect Answer takes place just after the events of the first film. The main character, Kei Kurono, is living with his deceased friends younger brother and works part-time at a burger joint to support his studies. It is at this time that we are also re-introduced to his love interest, Tae Kojima. 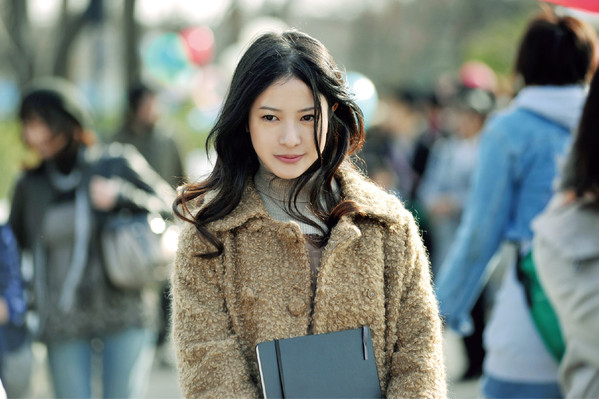 “Hi, I’m a homely and plain girl that you’re not supposed to notice in your day to day life.”

The basic story in Gantz is that when it is that you die, and you are selected, you are taken to this room with a black orb and are pitted against alien monsters who’s intentions are not made all that clear. You get told to kill something, and then you do. The more you kill, the more points you receive and if you reach a certain threshold of points, you can set yourself free, or resurrect a player that has died during the game. There was also a difference here between the movie and the manga, where you could also purchase a special weapon for your private use in battles, but this was not present in the movie.

I really loved the mystery aspect of this story, and I’m pretty sure that they adapted one particular segment of the story from one of the manga’s arcs, which I thought was pretty cool. I have to say though, that while this is adapted from the manga, it has it’s own unique story. So while there are segments that seem like they were lifted, the majority of the movie is new material. I’d have loved to have seen a straight up adaptation of the manga in both parts of the movie, but the original story present in the second part is so well done, that I didn’t mind it being almost completely different.

The original Gantz works featured an emphasis on violence and tits, and not so much on the mysteries of the Gantz itself, whereas the movies are the opposite. Yes, there is action and yes there is a little blood and guts, but ultimately, it’s nowhere near as graphic as the manga, or even the first movie. The mysteries presented in this movie keep you drawn to the characters and the story that the movie is presenting, what is Gantz, who are these Men in Black types? And just why do people get sent to the Gantz room anyway? Some of these questions are answered, while others are not.

Ultimately, I found the story to be quite intriguing and am quite satisfied with it.

Visually, Gantz is a treat, especially for a Blu-Ray Disc movie. There was nothing wrong with the film from a visual stand-point when it came to the technical levels of the quality. At 1080p, there was no stutter or weird artefacts that are sometimes prevalent in movies on this format. 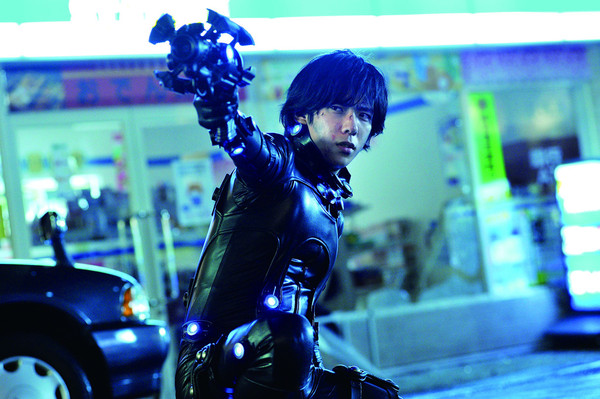 The X-Gun (not named in the film) looks just like the one from the manga.

One thing that really struck me with this film visually, was how they seemed to have forgotten about one key concept of the black suits worn by the Gantz team. And that concept is basically when you need to enhance your speed or strength, the suit would bulk itself up to meet your demands. However, in this movie, I didn’t notice the suit bulk up in any significant way, which was a huge shame as it was included in the first movie.

What’s a movie based on a game of death without battles? Gantz: Perfect Answer has some amazingly choreographed fight scenes, which are also very well directed and engage with you on an impacting level. The aliens have some amazing effects thrown onto them to represent their abilities. Regeneration, extra-generation and the like look brilliant. Blood effects, awesome! The weapons used in these battles are amazingly impressive and almost too accurately portray the weapons in the manga.

One of the more unrealistic things in this movie, visually speaking, is that all the characters look they’re models. Well, I guess that the actors actually are models, but still. Everyone just seems a little too pretty. Take Tae Kojima for example, she’s supposed to be this plain/ ordinary looking girl that most guys would overlook. Not in the movie! I found her to be the most attractive female on the cast, though, it could be due to some kind of cultural dissonance, rather than her actually being the prettiest.

Gantz: Perfect Answer is a visual beast, especially on the Blu-Ray Disc, and people who love their moves sharp, fast and awesome will definitely fall in love with this film.

I have to say that Gantz: Perfect Answers tune that plays during the intro sequence is simply amazing. It somehow captures the essence of the movie while also being catchy and memorable. Fortunately all of the audio in this movie is as good as this tune. 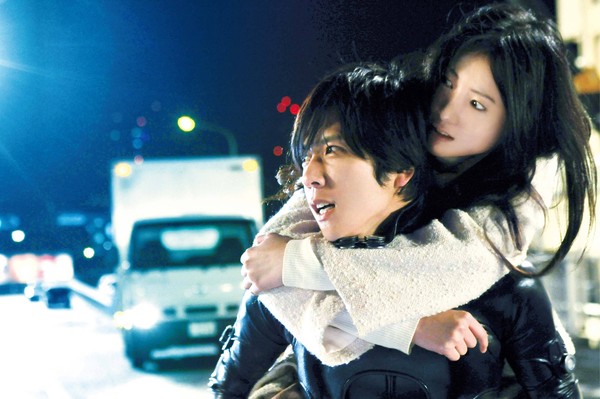 “I think there’s danger over there, but I have to tone down my expression to keep myself pretty.”

What I particularly loved about the sound in the movie was that all the weapons sound how I envisioned them to sound whilst reading the manga. This was an amazing treat for me, and it felt as though the creators of this film had validated the manga as it’s source material through the use of the sounds, in my mind at least.

One gripe with this version of Gantz: Perfect Answer was its lack of an English Dub. I don’t think the original movie had the dub down here in Aus either, but I had seen the first movie on an imported BD and it had an English dub on it. While reading subtitles and watching the film wasn’t particularly hard, it’s understandable that some people may not be that interested in reading as they watch, or may simply lack the skill-set to do so.

The 5.1ch soundtrack included with the film gave a great sense of cinematographic direction within each scene, which really amplified the atmosphere of the film. The movie also includes a 2ch soundtrack for those of you without a surround system.

These should prove to be an interesting view for you, especially if you’re interested in the making of the film, or the awesome work that went into the choreography.

Gantz: Perfect Answer is one of my favourite films of this year, and it has only just begun. I will definitely be adding this to my cycle of movies that absolutely have to be rewatched regularly. If you purchase this Blu-Ray Disc, you will not be disappointed.