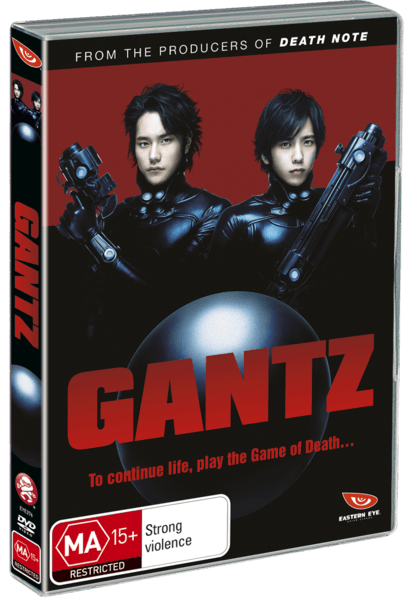 Overview:
The Japanese are known for their faithful live-action anime adaptations.  With the majority of Japanese produced live-action adaptations, capturing the tone and feel of the adaptation, even if it differs slightly to fit the format of a film more appropriately.

Gantz Movie 1 is one of those films that takes liberties with it’s source material while being completely faithful to the feeling of the manga and anime series it adapts. Not only that, but it succeeds at being  a jaw-dropping adrenaline rush of an action film.

While that may be true, is Gantz Movie 1, all action and no substance? How does the cookie crumble? 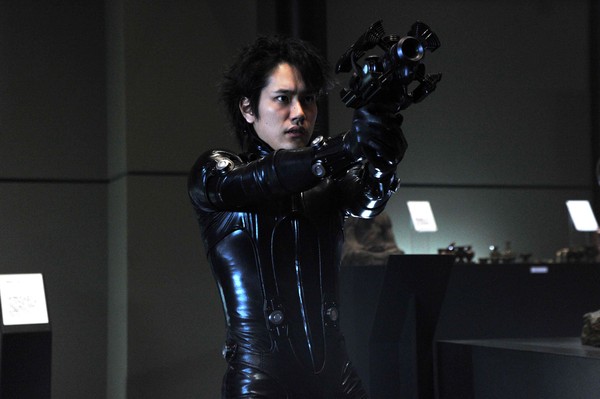 Story:
Fans of the series would know that Gantz is not known for it’s sensitivity. This film is every bit as brutal as it’s manga and anime roots, and then some. Through that brutality, Gantz lays claim to it’s no holds barred tale of a mysterious otherworldly black orb, ordering humans to undertake death defying alien hunting missions.

Gantz takes a familiar concept and flips it on its head. The ‘deadly games’ trope has been used in multiple films, tv series and more, but none have utilised it like Gantz has.

In Gantz, there is always a feeling that these ‘deadly games’ are indeed incredibly deadly. From the very first mission that fact is pounded into viewers minds as they witness the utter carnage of what would at first appear to be the films cast. There is certainly an ‘anyone can die’ precedent set in this film and it stays true to that idea throughout.

The films story is both highly engaging and will have you on the edge of your seat. It is easily one of most violent films of the year and a case could be made for most suspenseful at that. There is a truckload of utter excitement packed into this film, so much so that I could not help but be disappointed by the plot threads left hanging at the films conclusion.

Thankfully there is a second film that will conclude the story and with one this huge, it definitely needed it. Unfortunately the movie just does not feel complete on it’s own and definitely conveys the feeling that it should be watched with the second film immediately following it.

Besides that minor problem, the film stands well on it’s own in terms of cinematic experience. However it ends in a way not unlike the first Lord of the Rings film. It just hangs, begging you to keep watching something that is superficially detached from it. Other than that, the film tells an harsh tale of survival and the corruption that accompanies power. 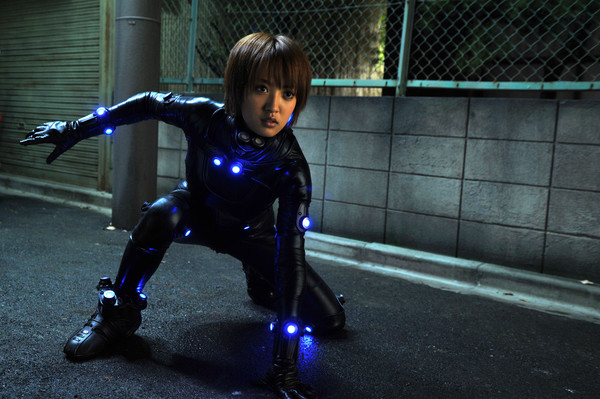 Visuals and Audio:
Now this is where Gantz shines. On an aesthetic level it is an absolute feast for the eyes, it may sound strange to say but there is something beautiful about this films style and the way its scenes were directed. The action sequences are stylish as hell and are more stunning then anything Hollywood has done in years.

The special effects are all incredibly well done, so much so that I found my self awestruck at some truly brilliant scenes. The final mission in particular was an amazing showcase of the films visual quality. Not only that, but the characters costumes were incredibly well designed and were very true to the source material, right down to the nitty gritty details of the suits.

As for the audio, Gantz features a great soundtrack full of fist-pumping anthems of survival and mellow tunes overflowing with mystery. There was never a point in the film in which I considered the music to be out of place. As a whole it was a great showing for the film, which already features brilliant visuals accompanied by an enthralling story-line. 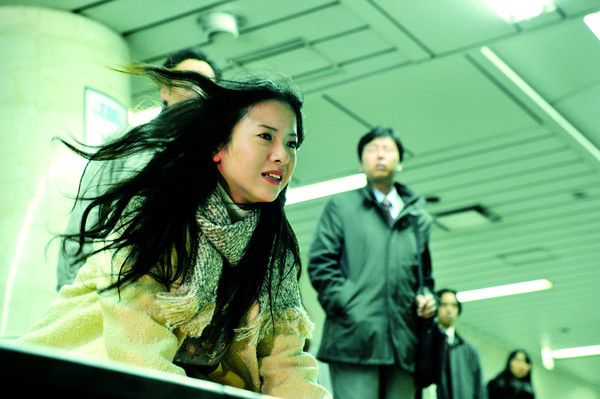 Extras:
Gantz Movie 1, features a great deal of special features packaged in with the DVD. A lot of which most releases tend to ignore these days. That being a ‘Making of Gantz‘ featurette that goes in depth about the films production, interviews with the cast and crew (a true rarity in DVD releases these days), trailers and TV spots of the film.

All of these add even further replay value to an already awesome package from Madman Entertainment. It is clear that Gantz has been given 5 star treatment from Madman and for it’s special features alone, its enough reason to warrant a place on your shelf. 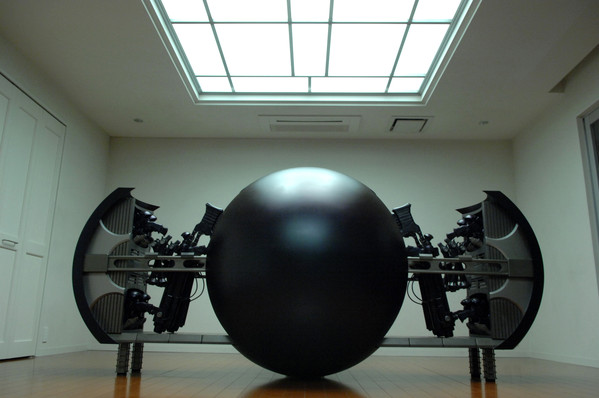 Overall:
It has been a very long time since a film has engaged me in the way that Gantz did. I was completely enthralled from start to finish, desperately wanting to continue to partake in witnessing the dangerous games that would be forced upon these people. That may sound sadistic, but the violence in this film is aesthetically pleasing to the point that some of the films brutality takes on a tinge of romance.  Now that is a notion I did not expect from the film.

All in all, it is a dark movie that is most certainly not for the kids. It would however be a great film for anyone who can handle the hardcore violence on show in Gantz. Just follow the ratings kids and you’ll be fine!

If you have ever had an interest in checking out what Japanese cinema has to offer, Gantz Movie 1 would be an excellent place to start, that is pertaining that you can handle it.  For those that can handle what it has to show, prepare yourself for one hell of a ride. Gantz is definitely not for the light-hearted and is absolutely a film for those with a taste for intelligent action. That is how the Gantz live-action cookie crumbles.