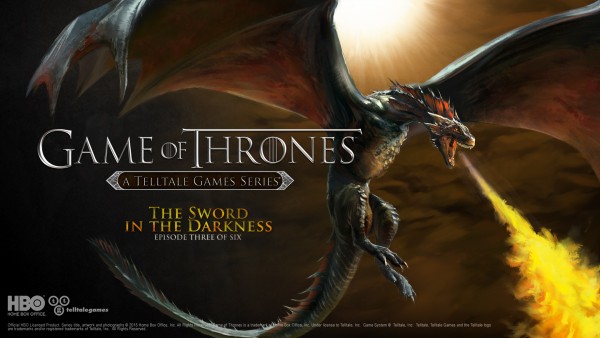 Overview
Over the course of the last two episodes, Telltale Games has had to work within the confines of the already established Game of Thrones storyline while also trying to establish the members of House Forrester and setup the challenges each one would face in order to try and prevent their house from falling to ruin. With the third episode The Sword in the Darkness bringing us to the halfway point of what is six planned episodes; how will House Forrester handle their challenges this time?

Story
As usual, while we will be avoiding major plot points that take place in this episode, those who have not played either of the previous episodes should do so before reading on as previous events will be discussed. With that said, The Sword in the Darkness feels like the first time that the series is beginning to move things forward instead of simply introducing everyone and providing a little bit of tension while drawing things out. 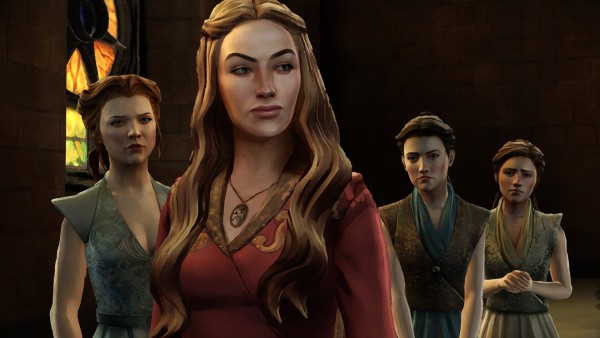 This time the story drops players first into the shoes of Asher as his group deals with the fallout from the Lost Legion members. After the appearance of something that fans of the series have always been hoping would be utilized more, players are forced to make a major decision shortly into the episode and thanks to the type of outcomes we’ve seen decisions like this have in other Telltale titles, trying to choose between a friend or a family member is an immediate agonizing choice to throw at players.

While the more action focused brother continues to try and make his way home with soldiers, Mira’s endeavors in King’s Landing feel like the real ‘game of thrones’ where you live and die but what you say. Mira has to not only try and balance her interactions with Margaery but also Tyrion and Cersei. None of these three like each other very well and if you haven’t already started to take a side, you will now need to start doing so. Players who have always tried to play the neutral field will find themselves no safe ground where hard decisions will have to be made. Will you obey Margaery and stand your ground with Cersei or talk with Tyrion after being ordered not to? 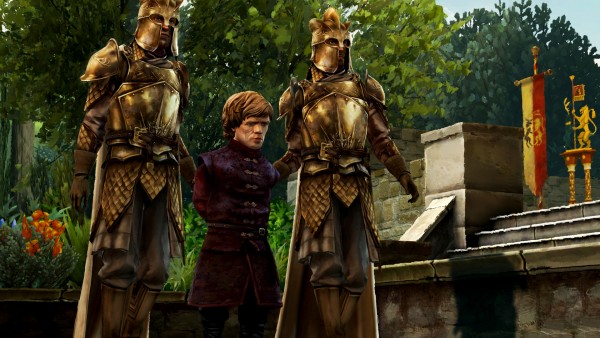 These types of choices appear constantly throughout Mira’s part of the story and while players cannot make everyone happy, they also have to try and do what is best for House Forrester. The same can be said in regard to Rodrik and his worsening situation at Ironrath. With Whitehill soldiers becoming belligerent and a new face entering the scene and throwing his weight around, players will face some real difficult decisions here.

You see, there are a number of ways to handle this new face but depending on what route you try and select, you’ll immediately and constantly have your resolve challenged. Accepting the small punishments for now appear like they will play out for the best in the long run but whether the game actually takes that route is currently unknown and while it is evident that some characters around Rodrik understand why he is allowing certain things to happen, the clear disappointment of others really tries to tempt players into action even though discretion may pay off in the future. 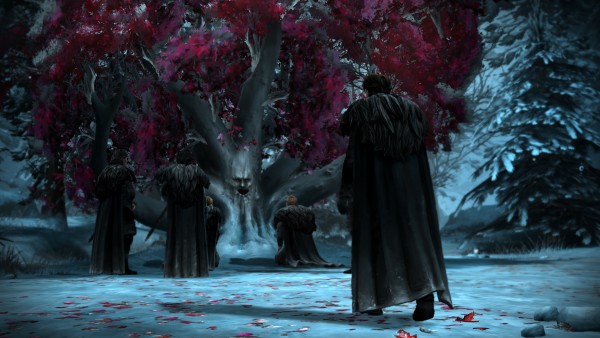 As for the man who was sent to The Wall, Gared Tuttle who played a minimal role in the last episode is back and the idea of the North Grove also returns. Very little is revealed about the North Grove but it does set a clear goal for Gared to search for in upcoming episodes, especially now that he has learned something new about an ally and faced down a foe from his past.

Gameplay
As far as the actual gameplay in the episode is concerned; The Sword in the Darkness continues to follow the same trend as past games where players will have some extremely limited moments of exploration where they can talk to a few characters or interact with various objects. This time around there is actually a small puzzle included, though it requires very little thought and can simply be completed by process of elimination if you cannot figure it out. 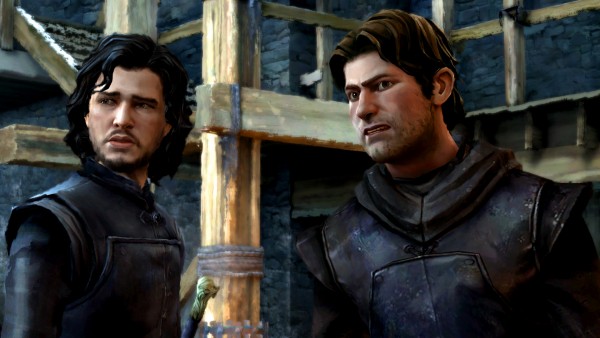 The action in this episode continues to play out in quick time events and while most of these scenes involve Asher, Gared gets into a scuffle as well as he takes part in a very satisfying one on one fight that gives players a very brutal finishing option that surprisingly few people seemed to have went for despite how well deserved it is.

Visuals & Audio
Interestingly enough, it seems that the blurry affect that Telltale used in past episodes has either been refined to the point that they are barely noticeable or harshly reduced as these potential eyesores were non-existent throughout my time with The Sword in the Darkness. The standard art style featuring oil-painted designs and muted coloration continues to be a big highlight when it comes to the designs of the characters. 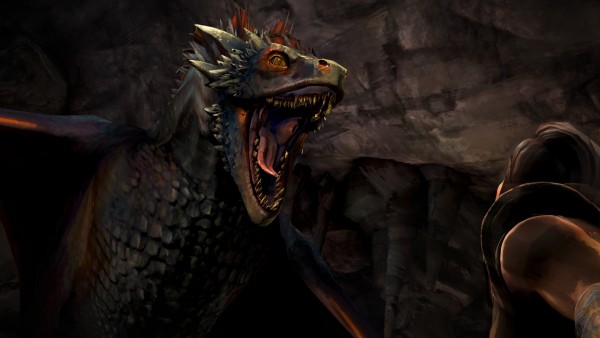 The voice acting remains fairly impressive, with the main voice actors still returning to reprise their roles, including the ones from the television series. That being said, I did experience a number of audio glitches throughout the episode that either caused dialogue to repeat up to three times in a row or cut out entirely.

Overall
It is difficult to feel upbeat coming out of some of the punishing events that take place in The Sword in the Darkness as nearly every character has had to do something that hurts those around them in some way, but it is clear that the gears have been put in motion and that House Forrester may be on the rise in the future. However this all plays out in the future is unknown, but this episode finally gives most characters a goal to aim for, even if it means betraying others and suffering humiliation in order to head towards that goal.